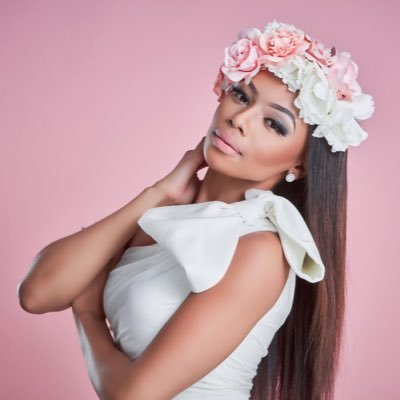 Hmmm who saw this coming? Bonang Matheba has just announced she’s leaving Metro FM.
The award-winning TV/Radio personality confirmed on Monday afternoon that she is stepping down. We’re aware that there’s so much reshuffle happening on the local radio industry, but this comes as a shock. This morning Bonang Matheba was on her regular 10:00-12:00 slot, joined by Lerato Kganyago as co-host and nothing was hinted or announced. It’s only now Queen B confirms; ‘I can confirm that I have officially stepped down as the host of the show…..,’ she tweeted.

According to a report by TimesLive, she resigned because of the appointment of Lerato Kganyago as her co-host.

Highly-placed sources within the SABC have told TshisaLIVE that Bonang’s resignation had everything to do with co-hosting the show with Lerato.
Apparently SABC bosses communicated the news to her, and Bonang was not happy about having a co-host, but said she would give it a shot.

“Everybody knows that I love Lerato and it’s not about her at all. I have publicly defended her and I am one of her many fans,” she said.

“I get there at 8.30 am [on Monday] and they are like ‘oh you got a new presenter, a new producer and JJ is gone,’ and I was like what?” Bonang explained.

Here are all the tweets from Bonang: 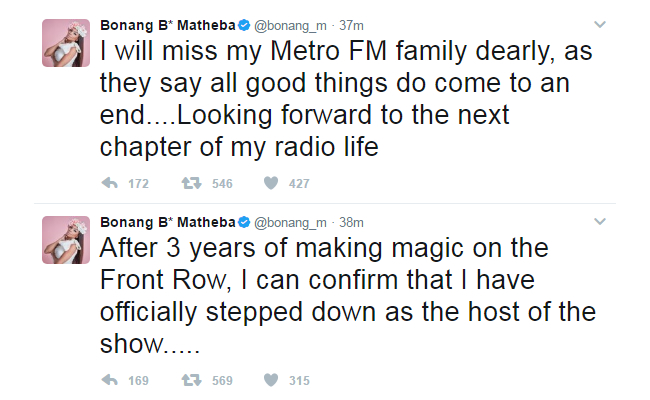 ….my heart is broken. I was told about the changes to my show an hour before going on air today…