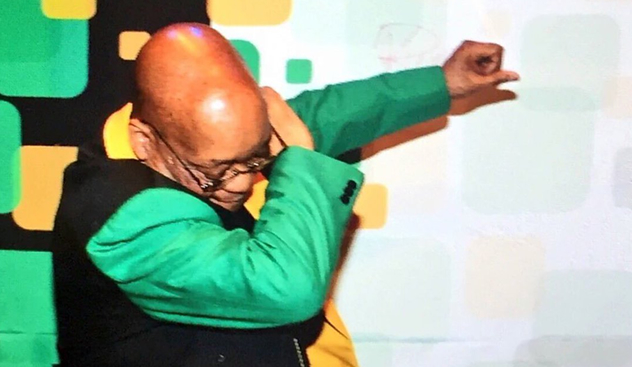 With so much slang going on, Dictionary.com now has 300 new words to its online database.
The word ‘dabbing’ which our very own President Jacob Zuma has been a fan of, is amongst the new words in the dictionary. Other words include; Sext: A sexual text message or video sent to someone.
Slay: The act of strongly impressing someone.

Here are some of the new words you can now find on Dictionary.com:

– Dabbing: A celebratory dance move that involves posing with one’s nose in the crook of a bent elbow while extending the other arm to the side or above shoulder level.
– Dad bod: A man who is attractive despite being a little overweight.
– Friendiversary: It’s not an anniversary, but a “friendiversary.” It’s a celebration of the date when two people became friends.
– Sext: A sexual text message or video sent to someone.
– Slay: The act of strongly impressing someone.
– Struggle bus: We’ve all been here before. Struggle bus is slang for a struggling with a situation or task that is difficult.
– Superfood: Avocados, turmeric, and pomegranate, are just a few superfoods, or products that are touted for exceptionally good for one’s health.
– Throw shade: to insult or criticize someone.
– Uncanny valley: a psychological concept that describes the feelings of unease or revulsion that people tend to have toward artificial representations of human beings, as robots or computer animations, that closely imitate many but not all the features and behaviours of actual human beings.
– B*tchface: a facial expression someone makes when that looks threatening or angry, but is actually just the person’s resting face.