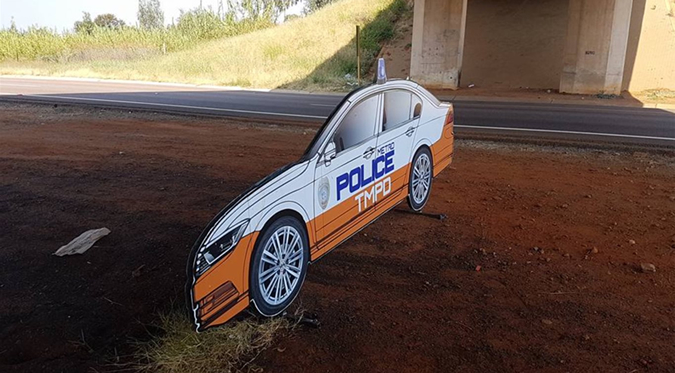 A road user shared photos of what looks like a Cardboard Metro Police car on his Facebook page earlier in April. He revealed that they were placed on the N4 before Rosslyn.

Arrive Alive expressed; we plead for visible and effective traffic enforcement. Even though this may not be what we have referred to, it may be a worthwhile initiative to remind road users to Obey the Rules of the Road All of the Time, whether there are actual enforcement or just a reminder of such possible enforcement!

Is this the ultimate ghost car? Will it make roads safer? https://t.co/DYWkwatdzU @Wheels24 @huisgenoot #ArriveAlive pic.twitter.com/nvvvTA9ASp

We love the idea, and believe it can somehow make the difference…….your thoughts?