Connect with us
113
SHARES 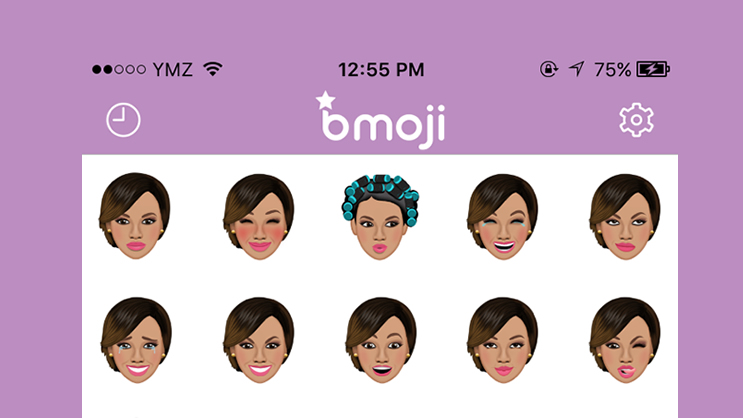 As previously posted – Bonang Matheba was working on her own emoji set ‘Bmoji.’
Today, she officially launched the set (157 in total) and it’s available for download on both iOs and Android but you will have to cough up R49.99 to buy.

We did download the Bmoji to give it a test and see how cool it is.

What is it all about? 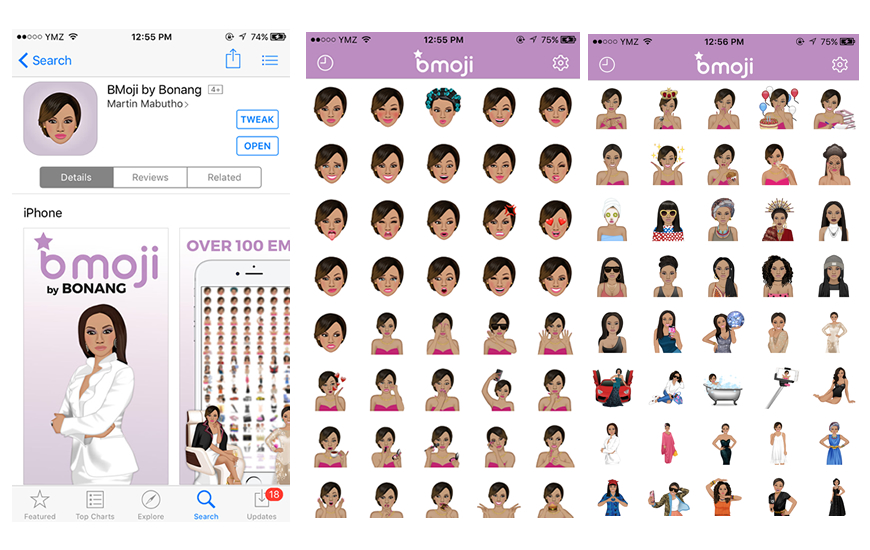 ‘Bmoji’ is a set of emoji all about Bonang and her saucy lifestyle, and that’s what she’s trying to show off with this. The set includes facial expressions you will find on the standard emoji; smiling, surprised, crying, in love, sarcastic faces.

With her own touch, she has gone to include a number of hairstyles, celebration moods, sports/luxury cars, food, national flags, LGBT, women accessories and wow-ing captions one can use for a straight forward reaction like ‘Bathong!.’

The creativity and do they appeal? 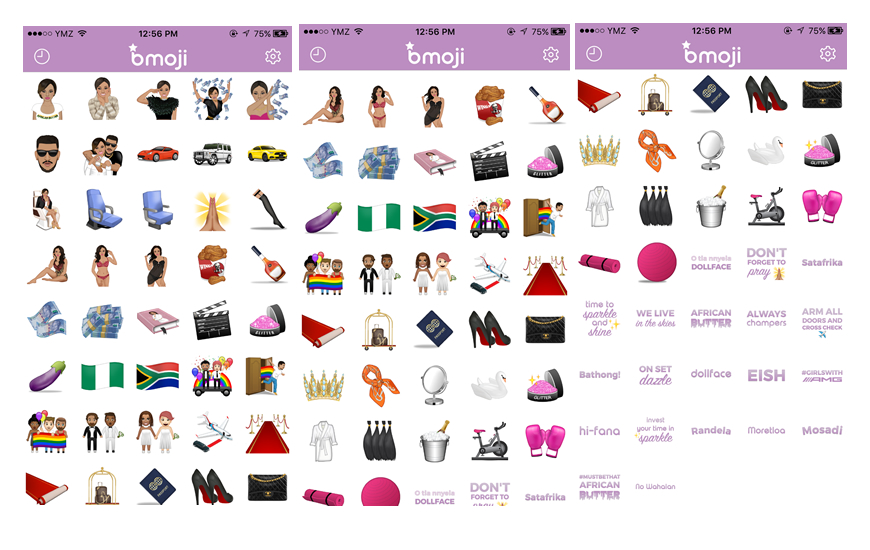 All in all, they’re 157. The creativity is indeed impressive, the use of solid colours makes them all and clear to detail. The set also appeals to young /Millennials – for e.g the supermega – AKA, KFC themed wings box, Hennessy bottle, the famous Eggplant, SA currency/moola, Ford Mustang, Mercedes-Benz G-Class and just more.

This also goes further with the captions (20 in total) which are some of Bonang’s popular phrases like; African Butter, Bathong, Time to Sparkle and the black twitter popular one ‘Satafrika.’

The entire set does appeal and we’ve recently seen 1-2 of emoji all over social media. Already people can find so much options to interact even go as far as using them on Twitter /Facebook/Instagram as memes or whatever.

As mentioned you will have to pay R49.99 to buy the app, which can be a downside for those who want to first try out the app. But on other side, Bonang has created a worthy brand for herself, and to put a price on the app is also understandable…afterall who doesn’t want to make some ‘cool’ money.’ 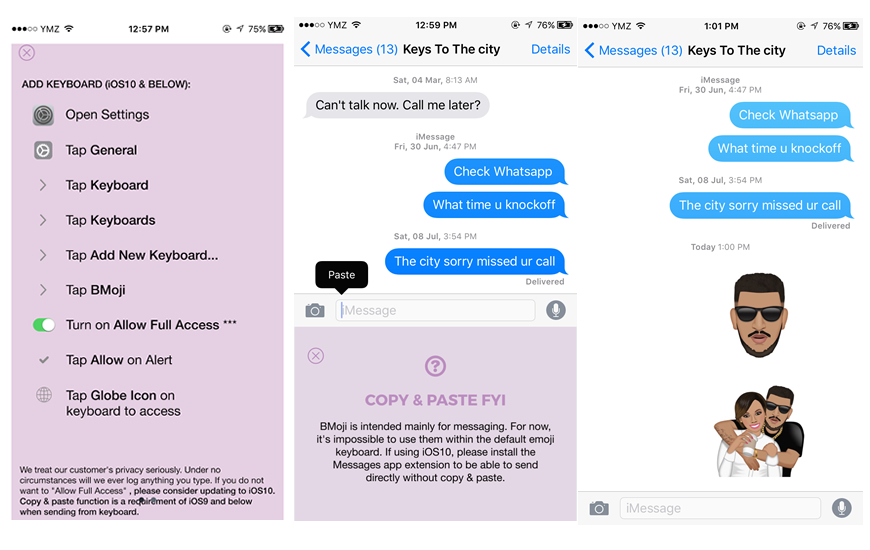 Using the set on messaging or chats is also easier. After downloading the app you will have to install them as part of your keyboard and you will be able to copy them in your chats. You will notice that they appear as images when you send them on chats – unlike the usual emoji symbols which are encoded in different blocks and Unicode data file. This can be a good thing coz, either the other person you’re messaging has the app set installed or not – they will appear fine.

We tried them on Whatsapp and iMessage and Twitter and they work fine and yes appear on the end side as image file.

We totally find Bmoji very cool, easy to use and introduce some cool lingo. For any young South African, you can vibe with the set that’s if you can afford it. If you can, go download!