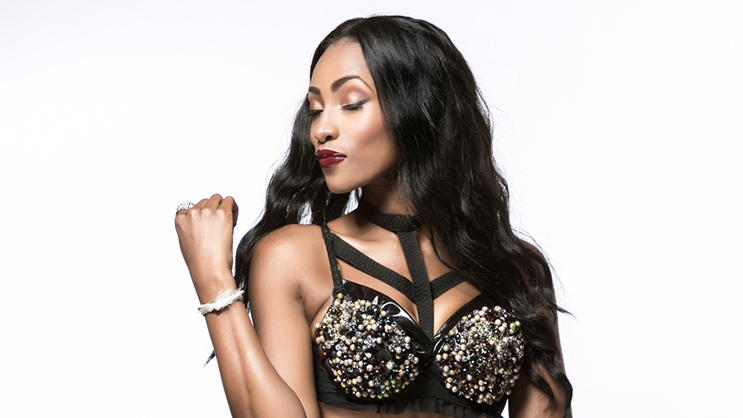 Rapper and singer BK, Bokamoso Gumbi, has just returned onto the hip-hop scene with a highly infectious track Never Been My Type.
The catchy upbeat song sees the talented lyricist, BK, show off her singing skilfully.

Revealing the story behind the song, BK narrated how a beautiful moment between two people may find them catching feelings and causing complications later.

“The song tells a tale about a girl and a guy who are in a space – a club perhaps – and having a really good time. They don’t know each other but start vibing on the dance floor. The lines get a bit blurred on his side as he thinks that what happened at the dancefloor can be developed into some kind of relationship. The girl declines, explaining that it was just that moment and no need for them to think too much about it. Even if they were to consider dating it could not happen because he was never really her type,” said a giggling BK.

BK is not new to the music scene as she has collaborated with the likes of Reason, Stogie T, DJ Shimza on various project. 2017 has seen BK grow in many areas including her signing with Sony Music, the home to fellow rappers Kwesta, K.O, Riky Rick and DJ Maphorisa.

“I am excited to be part of the Sony family and I feel lucky to be mentioned amongst the big names on their roster. We literally have the ‘whole industry’!” said the talented artist who describes her style as ‘a mixture of Kasi and street rap.’
Now that Never Been My Type is out, fans may wonder what else the future holds for the rapper.

“Fans can expect a music video for the new single, a couple more singles as well as my album which will drop next year.”

MOVIE OF THE WEEK: Based on the true story of the Granite Mountain Hotshots ‘Only the Brave’
SEE PHOTOS: Minnie and Quinton Jones Wedding ‘Becoming Mrs Jones’