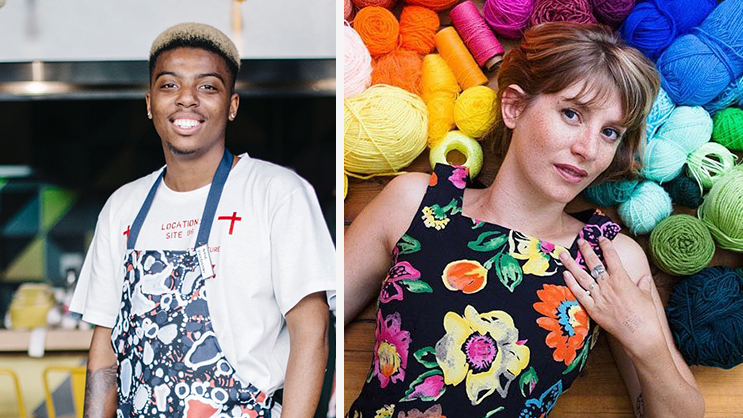 This year marks the 35th anniversary of the iconic Nike Air Force 1 – the world’s most recognizable sneaker born on the hardwood floors of the basketball court.

In honor of this, Nike will be delivering few exciting things to celebrate the 35th anniversary of the iconic Nike Air Force 1.

For the first time in South Africa, sneakerheads and fashionistas alike will have the chance to own a bespoke and exclusive pair of locally designed Nike AF1s.

Nokana Mojapelo and Danielle Clough aka Fiance Knowles, have each created a collection of 12 one-of-a-kind sneakers. Each shoe in the collections will be identifiable by the designers’ unique touch and no two pairs are the same.

Fiance Knowles one-of-a-kind “Summer Salad” Nike triple white AF-1s feature a variety of rich summer fruits intricately embroidered in splashes of bright colours, perfect for sunny South African days – whether it’s on the court or out on the street.

Nokana’s customised triple-black “STAFF ONLY” AF-1s are inspired by the concept of creating stylish, workable and appealing shoes for construction workers. “I wanted to make a shoe for the community, and at the same time raise awareness and appreciation for the people who build our infrastructure and ensure it’s safe – they deserve to be praised,” he explains.

To own a bespoke pair of Nike Blank Canvas AF-1s head to https://www.shelflife.co.za/nike-bid, where the sneakers will be available via an online auction:

– Summer Salad by Fiance Knowles will be auctioned on Monday, 27 November 2017

– Staff Only by Nokana “Dodo” Mojapelo will be auctioned on Saturday, 2 December 2017

All proceeds from the auction will go towards the Zoolake court upkeep.

In addition to that, the swoosh has partnered with two more local artists – Faatimah Mohamed-Luke aka Mrs. Luke and Karabo Moletsane – to rejuvenate the local Jozi landmark at Zoo Lake and collaborate in creating a never-before-seen court design that combines elements from their own signature styles. 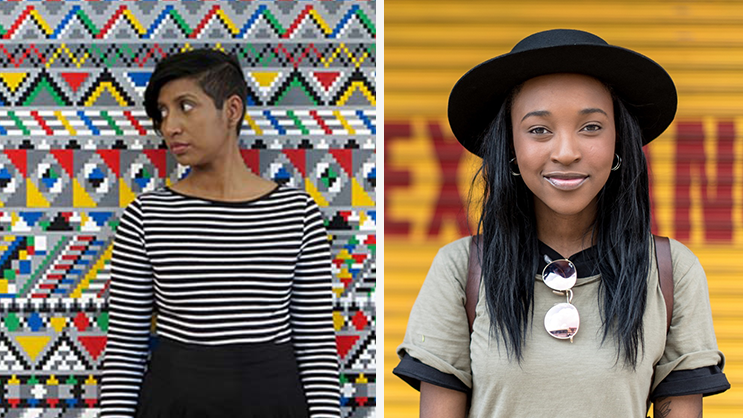 Inspired by the local culture of Joburg, the creative plays on the concept of opposing forces. Designed by Karabo, the Cheetah represents the Zoo and symbolizes speed and prowess, while the Crocodile represents the lake and is a symbol of resilience and adaptation. The animals are overlaid by geometric shapes designed by Mrs. Luke which are inspired by natural elements such as flowers and trees.

This labour of love promotes self-expression and celebrates the artistry, authenticity, and youthfulness that exists within the sport of basketball – on the very courts which are the original battlegrounds of basketball, and which will help unearth the next-generation of basketball stars.

STILL TALKING ABOUT NIKE: Nike is calling all basketballers, dance crews, rappers and DJs to join the fiercest battle to hit the streets of Joburg. Entries are now open for the Battle Force tournament at http://www.battleforcejhb.co.za.