Connect with us
87
SHARES 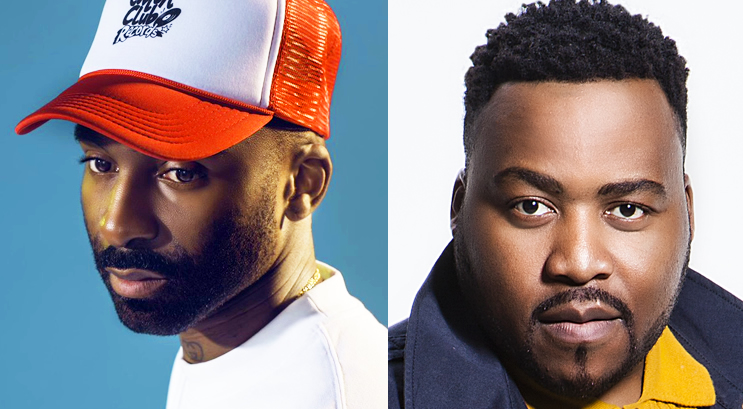 “I got respect for Tumi BUT honestly he needs to stop tryna claim niggaz success… I paid alot money to get out of the motif contract. He should have left it there instead of tryna bring it up in every track he puts out… let it go,” Riky tweeted.

This matter surfaced after Tumi made an acceptance speech (at the SA Hip Hop Awards) and mentioned that he has helped Cassper’s career. Cassper went on to call him out and said; Before I go, Tumi you ain’t do shit for me bro

I meant EVERY! SINGLE! WORD! I was assisted by a lot of OG’s like HHP, MO Molemi, THASMAN, Tumelo Mashokwe, Lucky Motsumi and a lot more and I show them love and respect all the time cause I’ll never ever forget how they assisted me. Tumi Doe? Wa Painelwa.

On the other hand Riky didn’t let go off easily on this and even brought in old issues to this. He revealed how he had to pay Tumi to leave Mottif and how Tumi told him Boss Zonke was a wack track.

“Let me tell you what happened. I wanted to release Boss Zonke and tumi said the track is wack and he didnt want to be part of it. I said shap. Paid him coins to get off the label. Put out Boss Zonke. Became a classic. Family values went platinum. The rest is history,” Riky tweeted.

See rest of the tweets below: 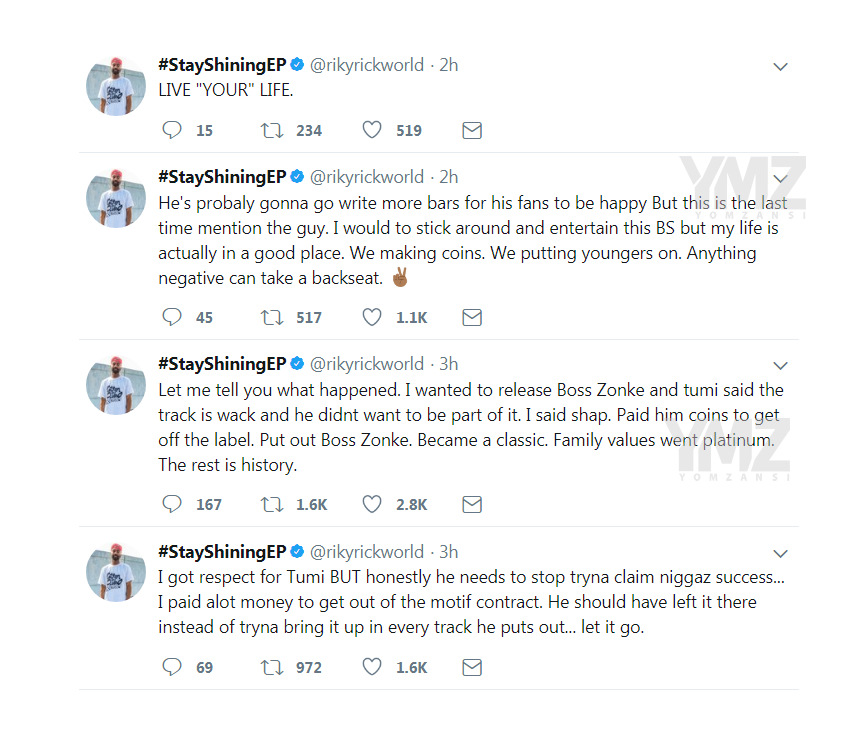 This Nike’s Kobe Bryant Retirement Jerseys will cost you over R7K
AFROPUNK & EDGE bring ‘Battle of the Bands’ to Joburg this Saturday!