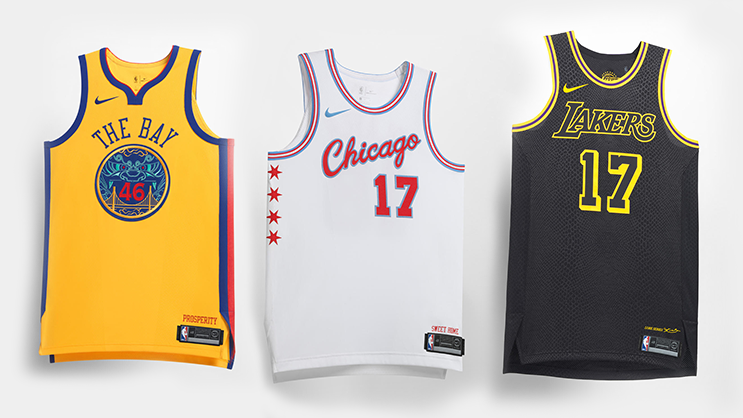 When Nike and the NBA formalized their partnership last year, both brands focused on bringing change to game day.

Just in, the Swoosh has unveiled the fourth uniform category, The Nike NBA City Edition uniforms.

The following is an in-depth look at a few of the City Edition uniforms for this season:

The Los Angeles Lakers’ City Edition uniforms will pay tribute to franchise legends. The first star athlete honored by the club, Kobe Bryant, is referenced by a Black Mamba print that forms the base of the design.

The Warriors City Edition uniform pays tribute to Chinese culture in the Bay Area. The Chinese characters for prosperity are proudly placed on the belt buckle while the chest logo combines the Golden Gate Bridge and classic Chinese symbolism.

The Bucks City Edition uniform draws its base color Milwaukee’s famous Cream City bricks. With a Buck head proudly displayed on the jersey and silhouette of the state of Wisconsin on belt buckle, the full look serves as celebration of the teams hardworking and passionate fans.

The uniform is inspired by the 1968 Memphis Sanitation Workers Strike ‘I Am A Man’ slogans and reflects on the events, circumstance and losses surrounding the movement, including the 50th Anniversary of the assassination of Dr. Martin Luther King Jr. 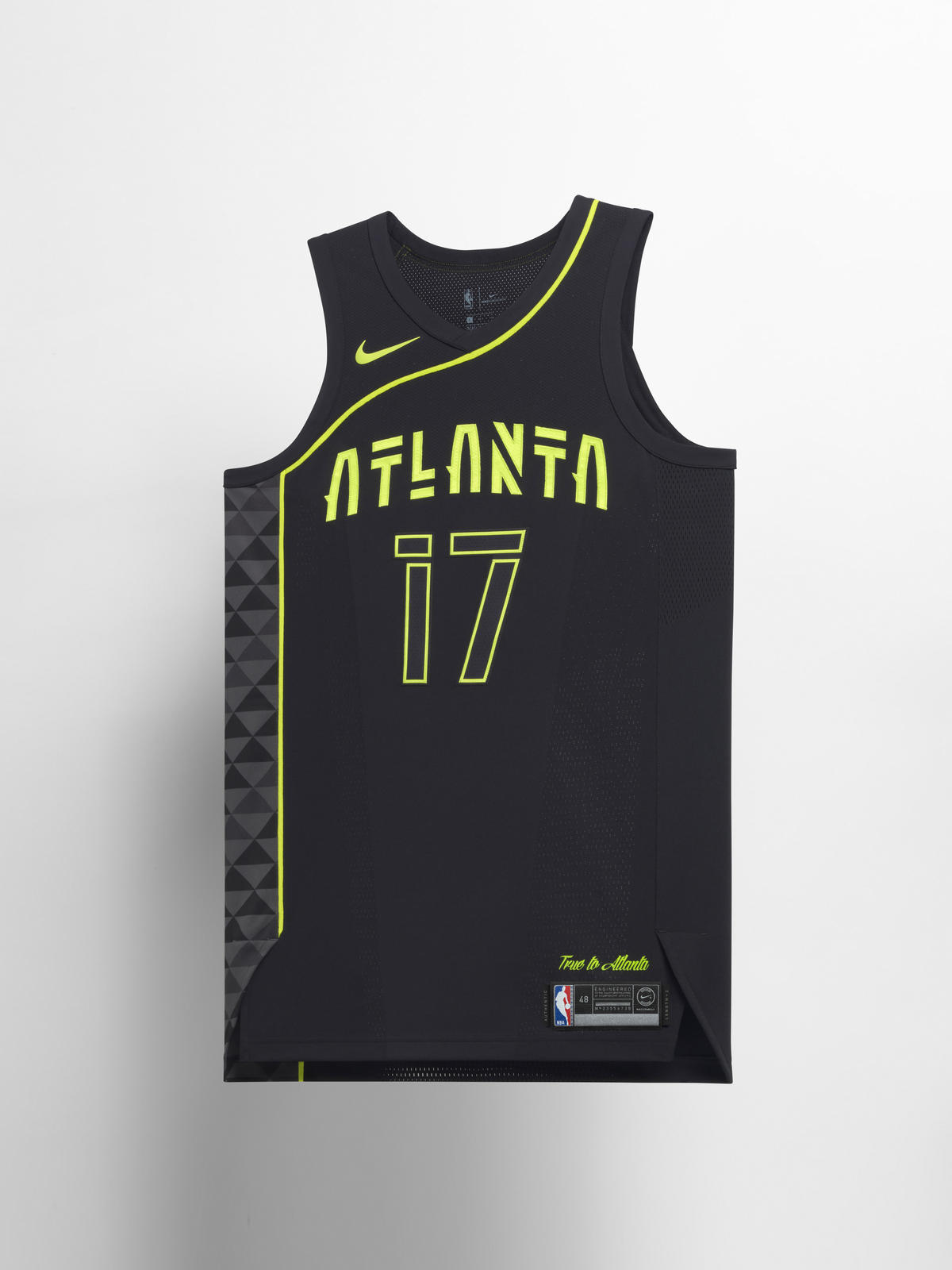 The Atlanta Hawks City Edition uniform pays homage to the city’s rich past while looking to the future. Asymmetrical lines and volt accents nod to the team’s uniforms from the ’70s, while the design and font take inspiration from the city’s cutting-edge music scene. 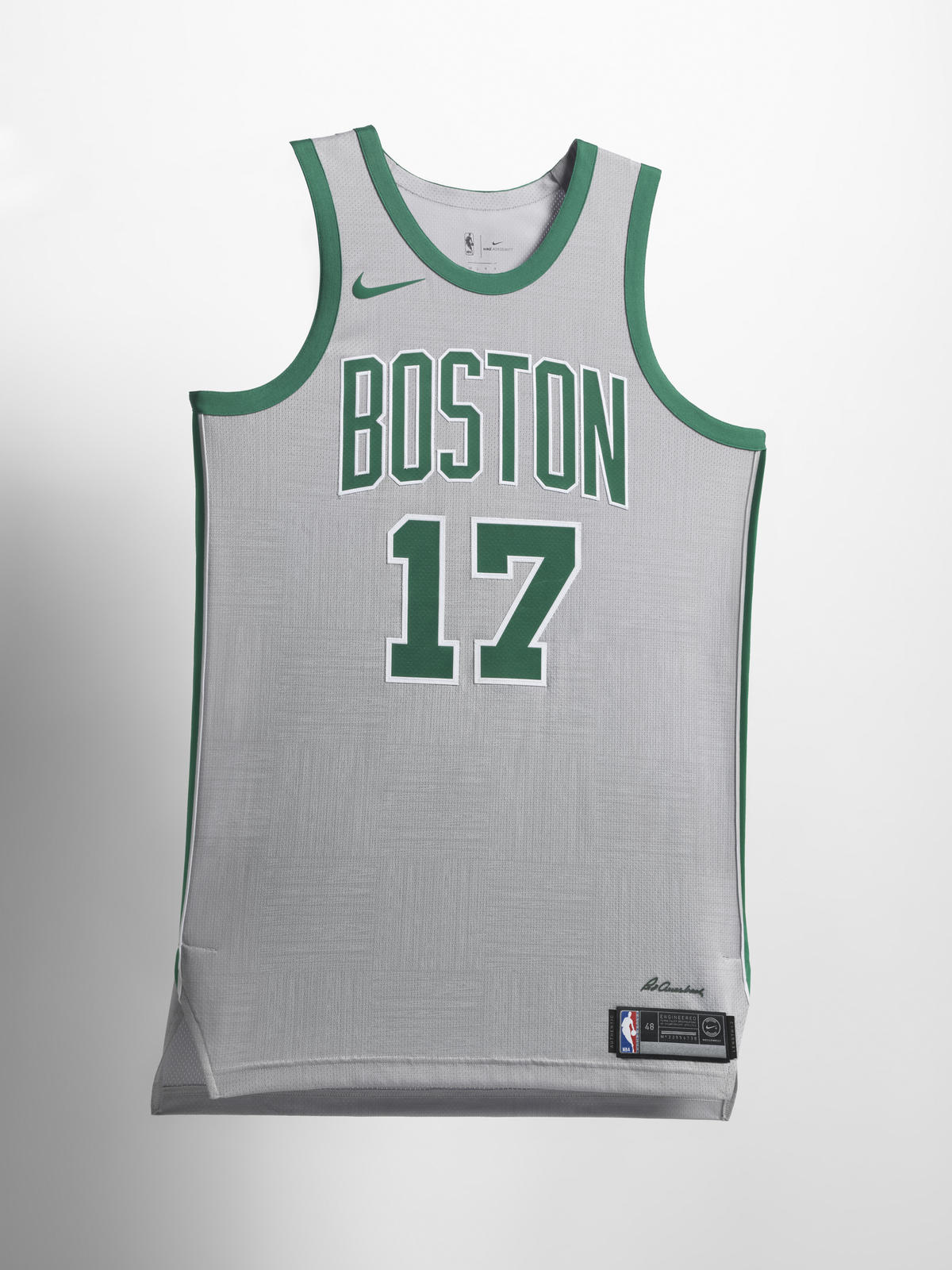 The Celtics City Edition uniform pays tribute to the club’s unique parquet floor and the man credited with starting its winning legacy, Red Auerbach. The belt buckle is accentuated with the iconic banner design to match the crowded TD Garden rafters and highlights the Celtics’ most recent NBA Championship in 2008. 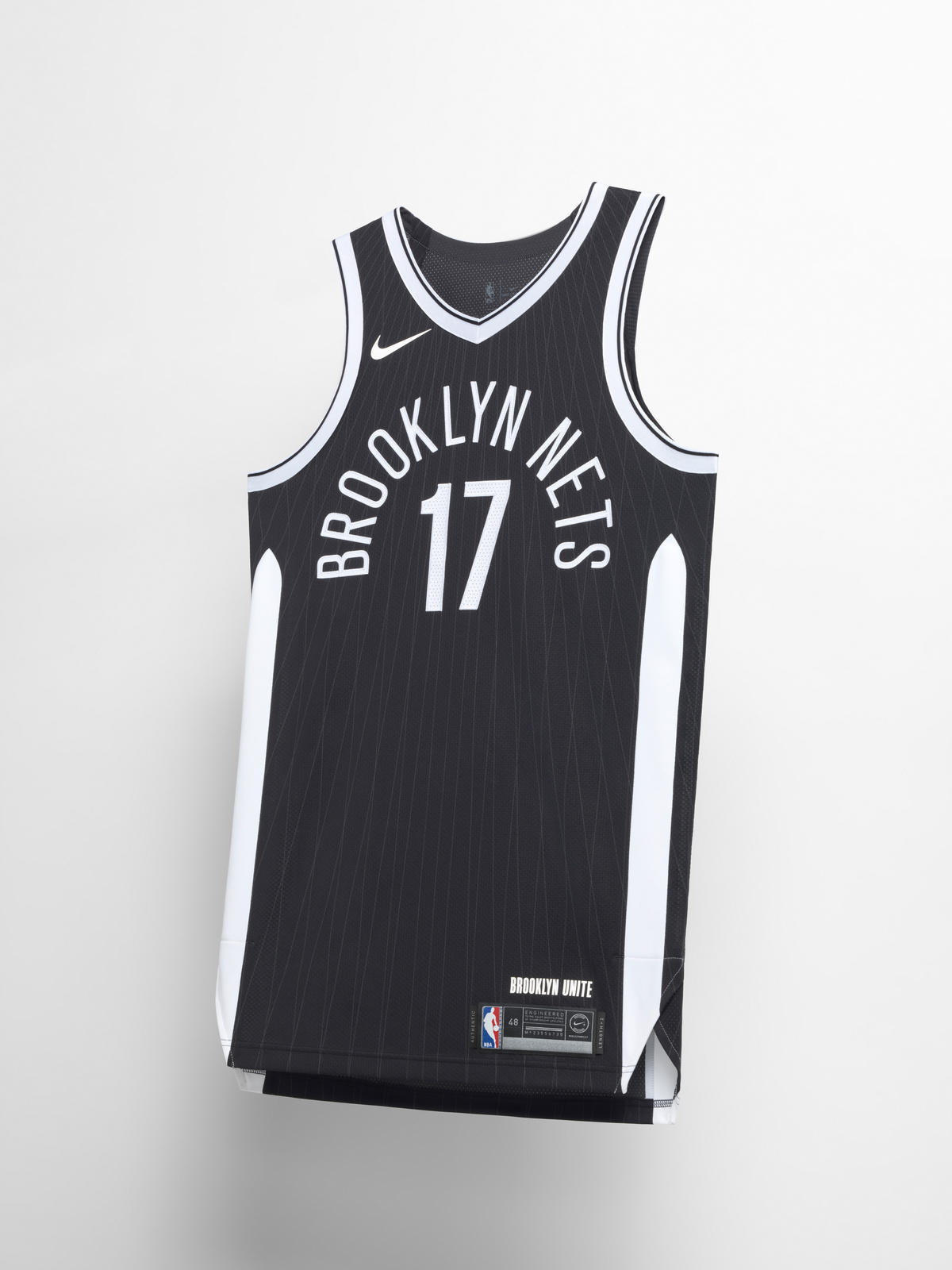 The Brooklyn Bridge is more than a roadway; it is a lifeline connecting busy and diverse communities. With a graphic wiring pattern inspired by the bridge’s steel cables, and the mantra (“Brooklyn Unite”) written above the jock tag, the Nets’ City Edition uniform celebrates the bridge the team has built with its fans and its neighbors. 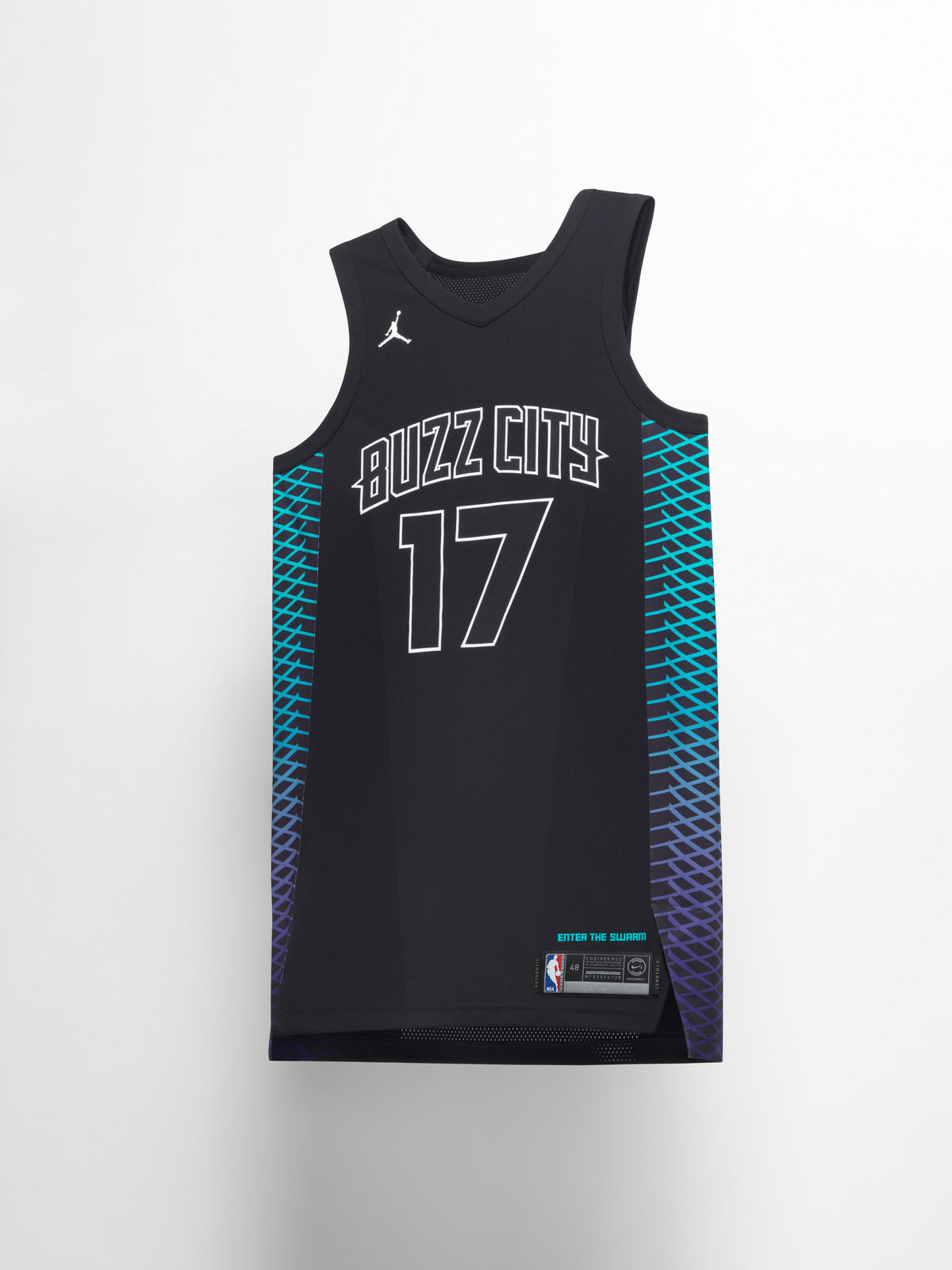 Like their namesake, the Charlotte Hornets stick together — and work hard. The franchise’s City Edition uniform features a hive-inspired pattern, colors that mimic iridescent hornet wings, and the team’s anthem (“Enter the Swarm”) above the jock tag. 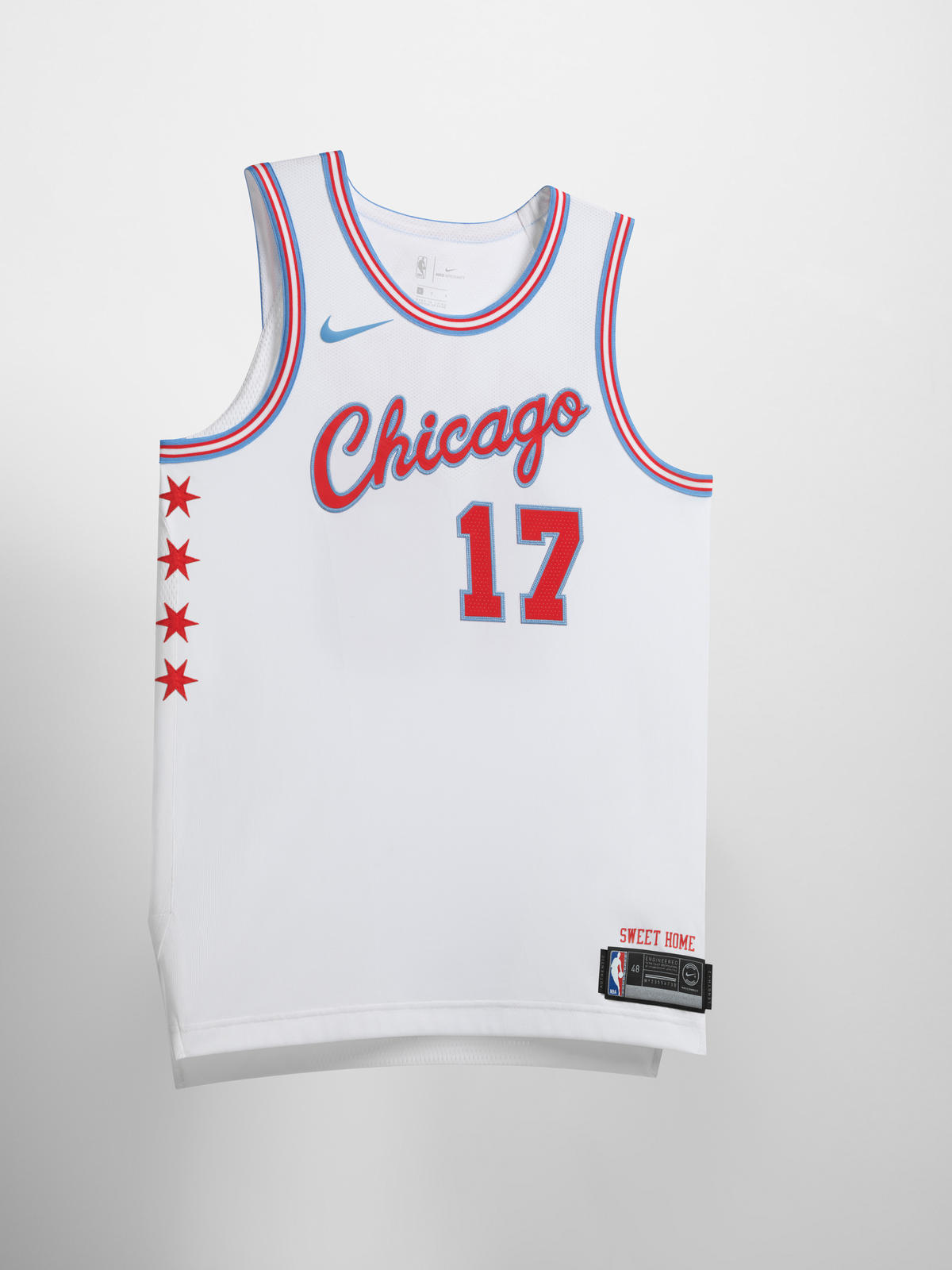 The city flag of Chicago and the Bulls logo have become iconic symbols of greatness in one of America’s most recognized cities. The Bulls City Edition uniform brings together the city’s pride and strong history to create a legendary look for one of the NBA’s most historic teams. 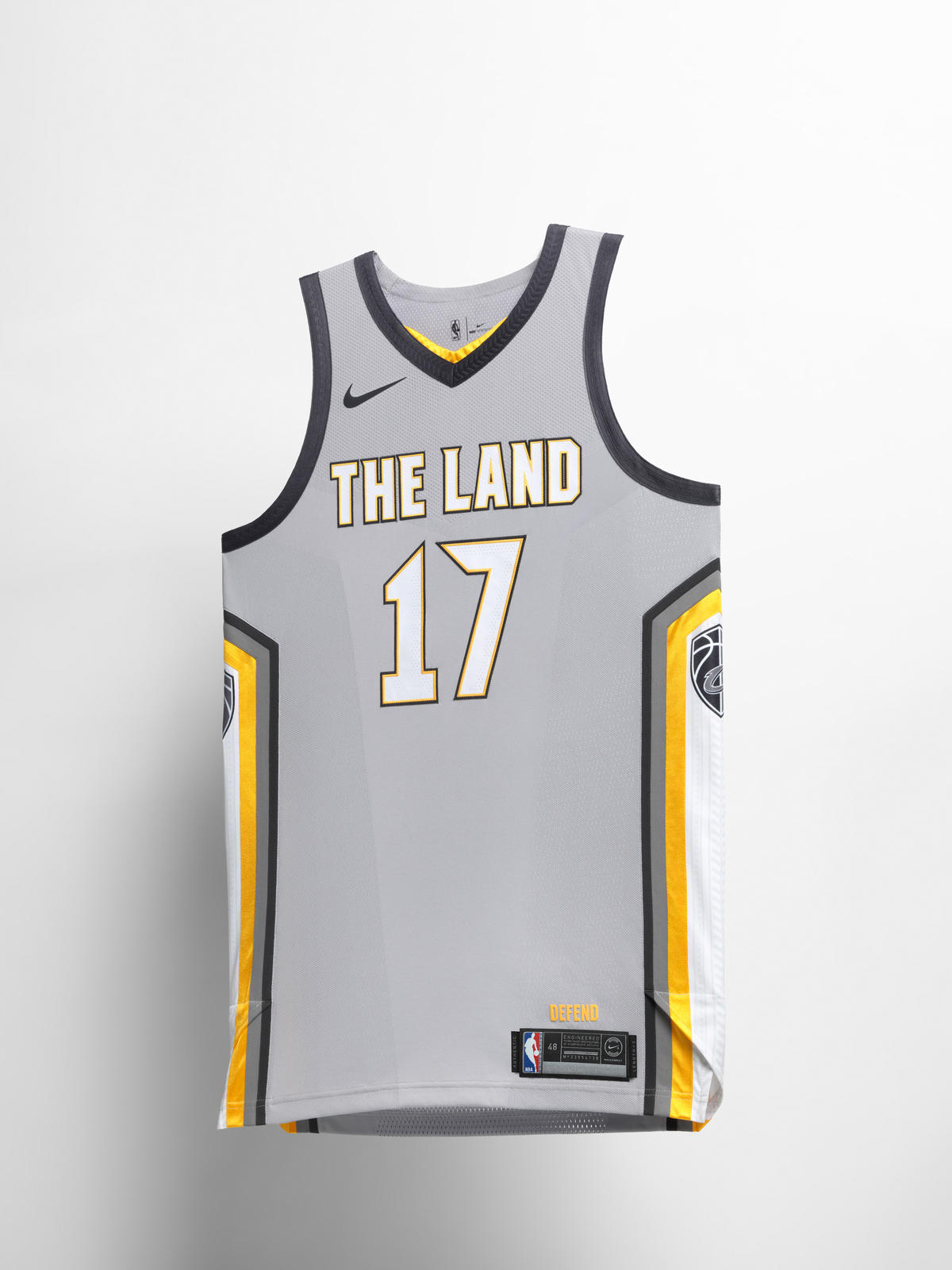 The Cavaliers City Edition uniform symbolizes protection of The Land through reference to a city landmark — the giant “Guardians of Transportation” sculptures that stand guard over Cleveland’s Hope Memorial Bridge. 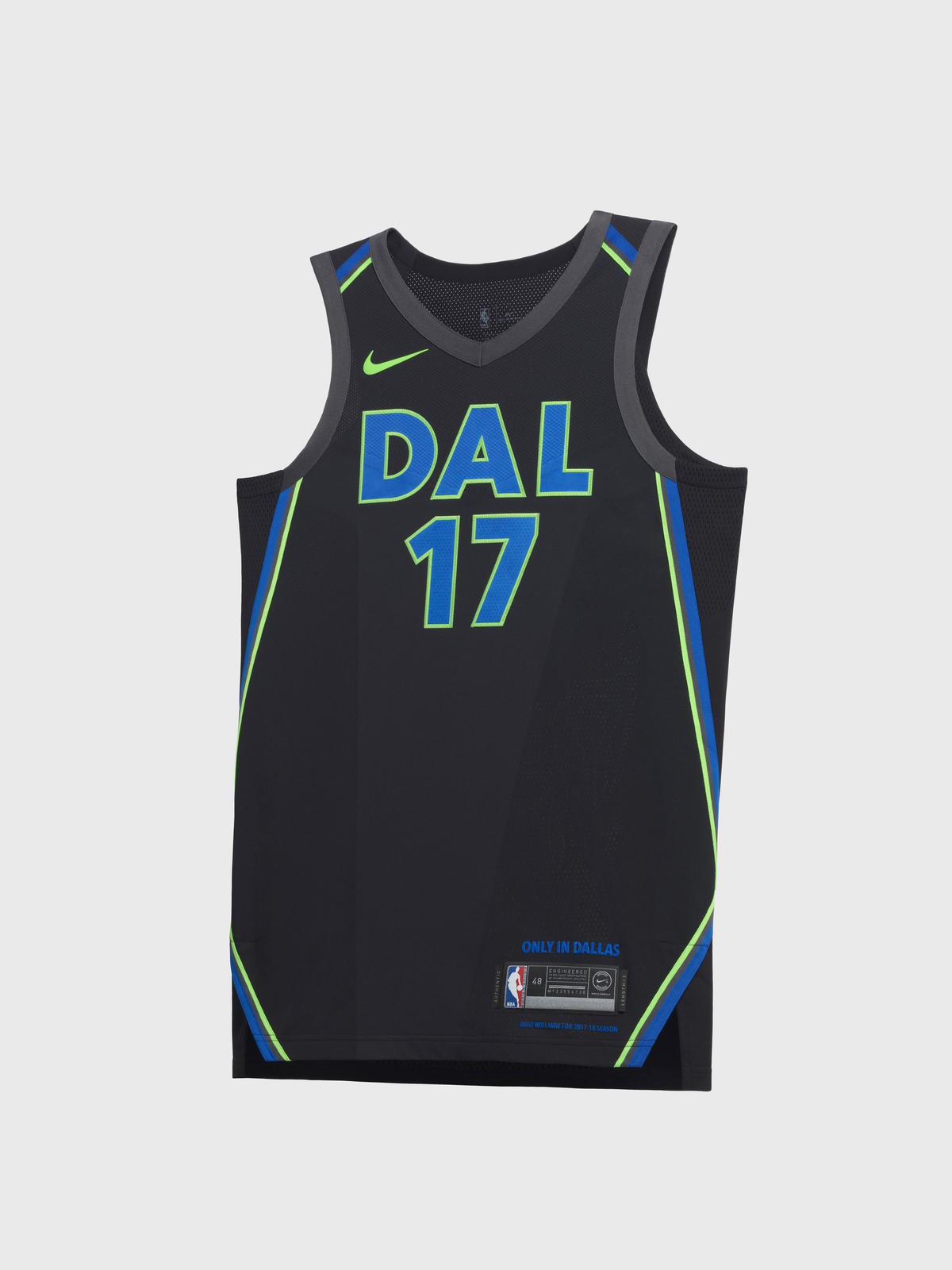 Only in Dallas will you feel the energy the downtown skyline brings to its Dallasites.  Marked by the neon glow on the letters, numbers and piping, the new Mavs City Edition Jersey reflects the swagger of the Big D and the vibrancy of Dallas nights. 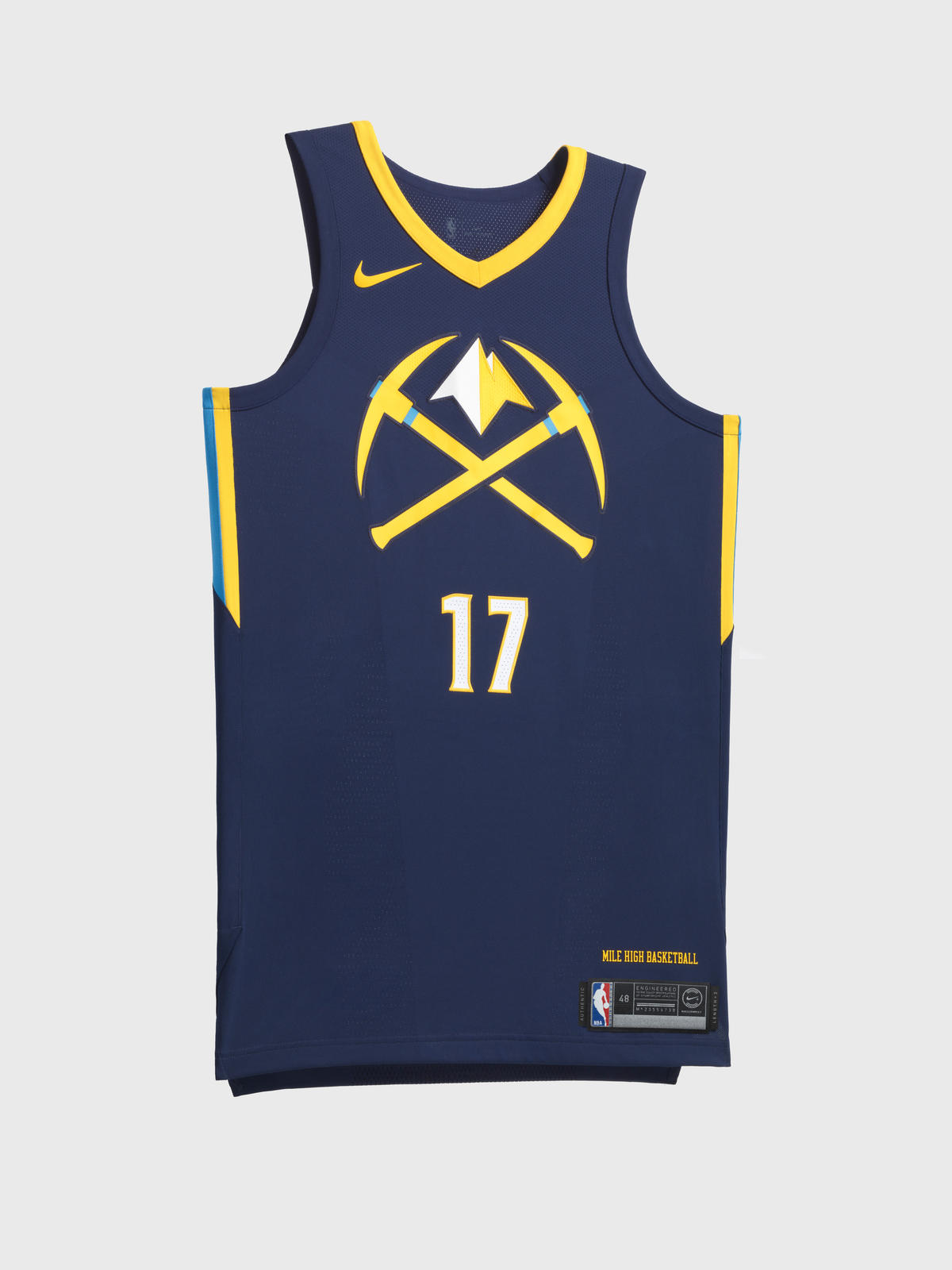 More than a mile above sea level, Denver’s altitude presents a unique challenge to opponents. The design of the Nuggets City Edition uniform is inspired by their elevation, and features metallic gold accents to symbolize refinement in the club’s journey to new heights. 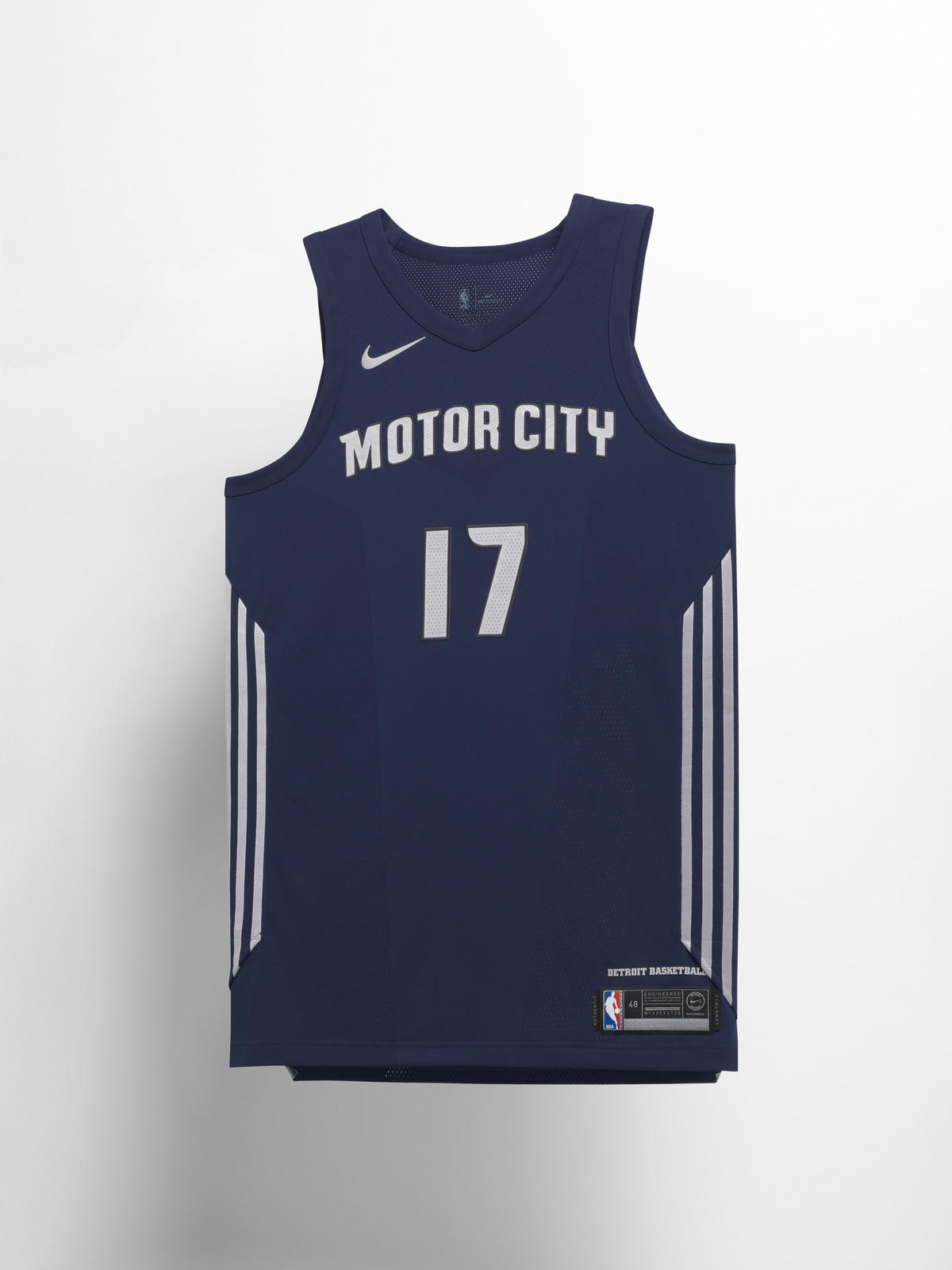 The Detroit Pistons City Edition uniform features chrome details and sleek design lines that create a modern and clean look to these automotive-inspired jerseys and shorts. Motor City is prominently featured across the chest and a D logo on the waistband is a nod to the team’s move back to the city and represents the civic pride of the fan base. 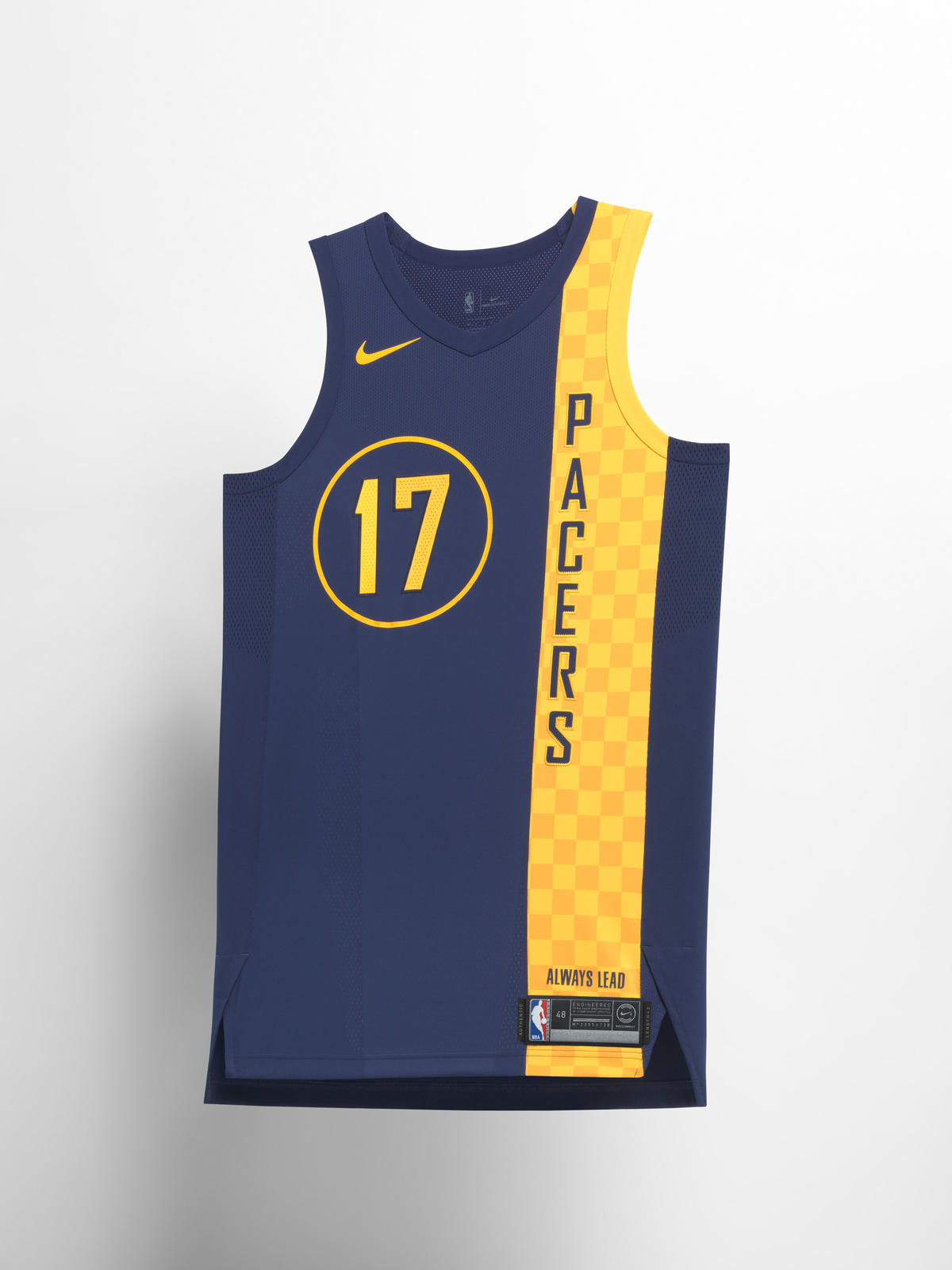 The City Edition uniform of the Indiana Pacers uniform is inspired by the rich tradition of automative racing in Indiana. The checkerboard flag and finish line come to life on the front of the jersey, and the player number mimics the numbers on classic race cars. 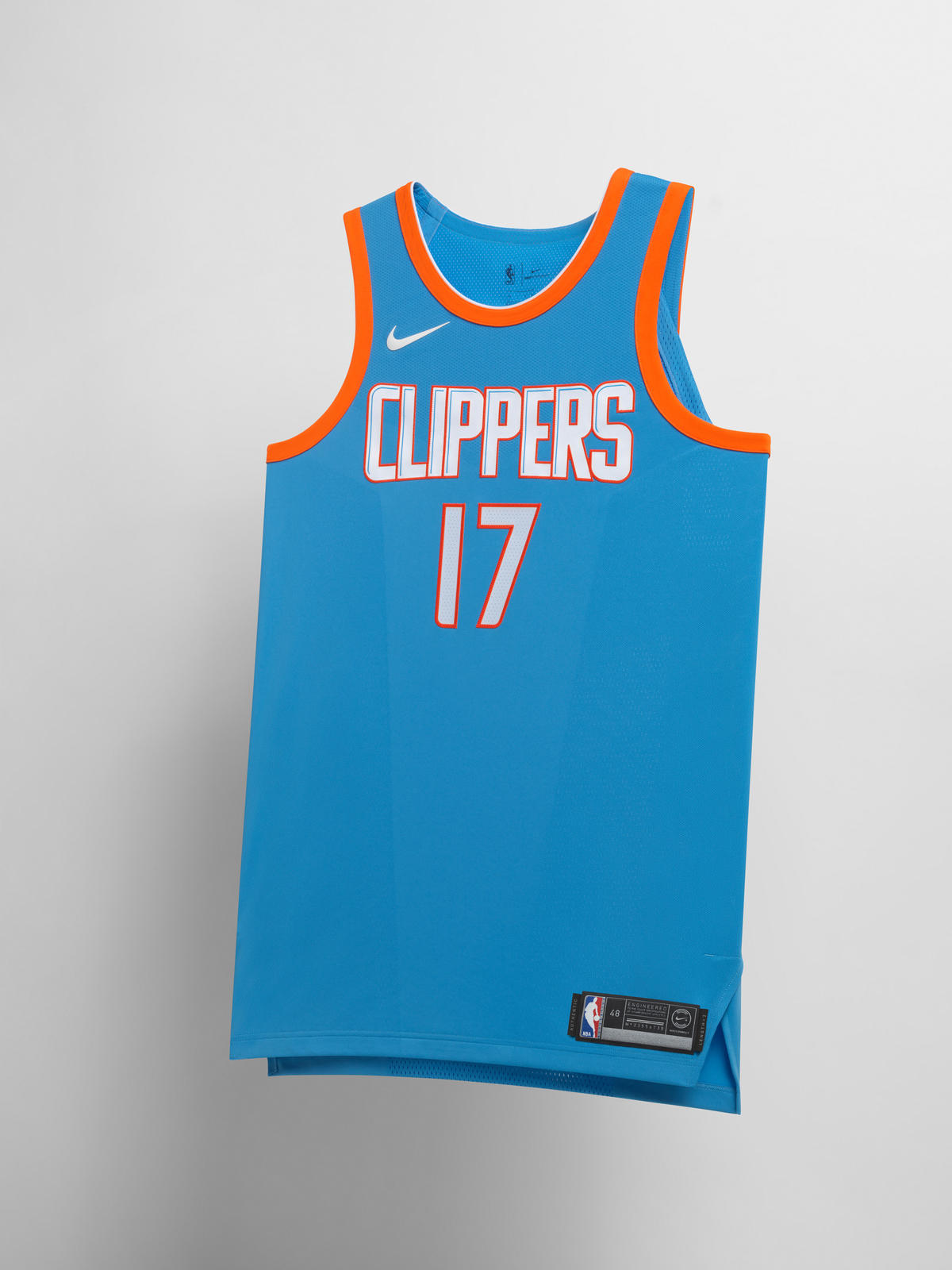 Commemorating the 40th season since the team moved to California, the LA Clippers City Edition uniform celebrates the team’s history in San Diego with colors and nautical details inspired by the era. 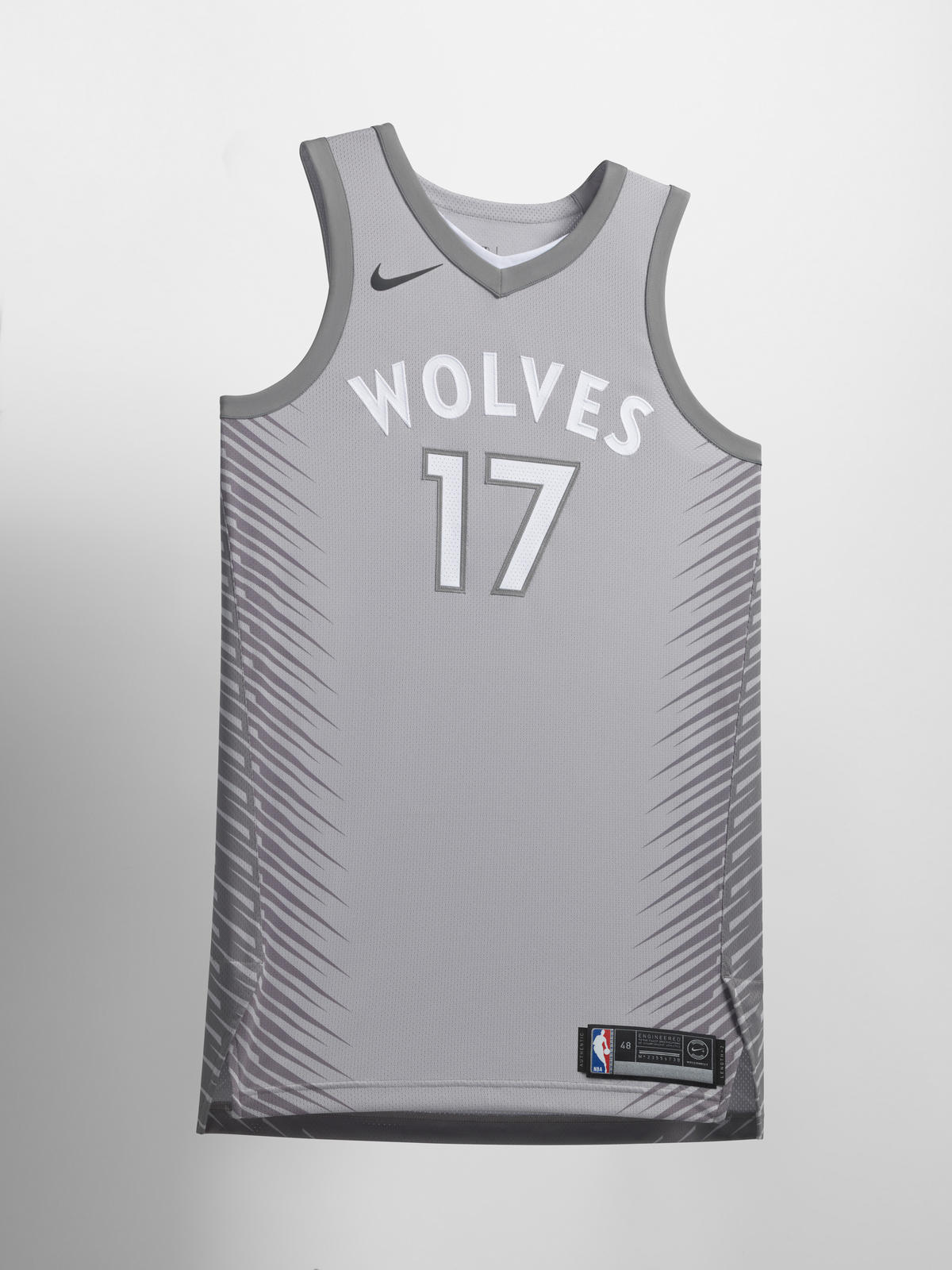 The Minnesota Timberwolves City Edition uniform follows the theme of “Bold North”. The primary color celebrates the tonal gray winter coat of the wolf, while the white mimics the snow-covered land that is the North. The color allows the Wolf to reflect its surroundings and be an apex predator while camouflaging and protecting the wolf, which is reflective of the “New Era” of Timberwolves basketball – hungry and determined to break through and establish a winning culture. 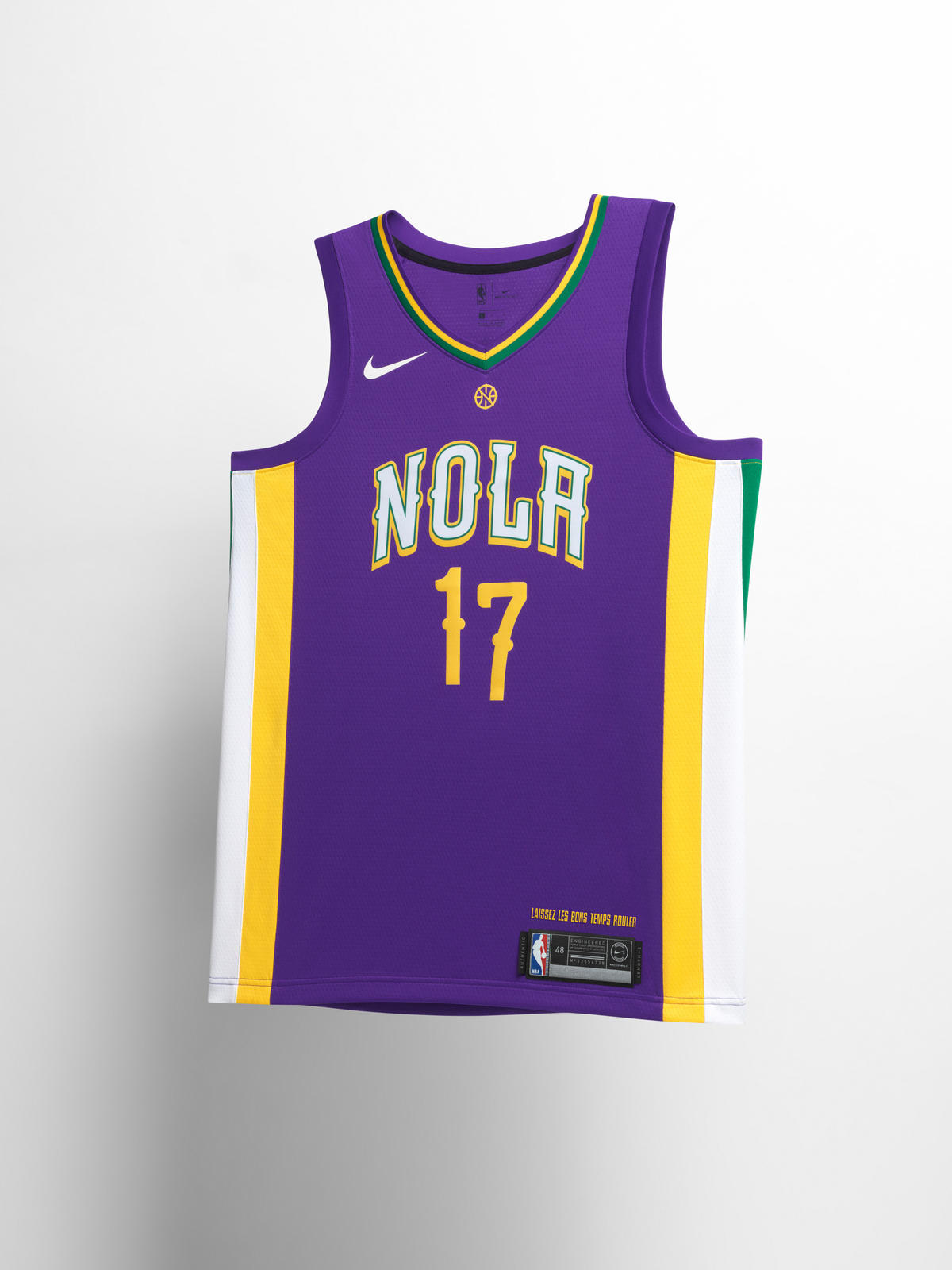 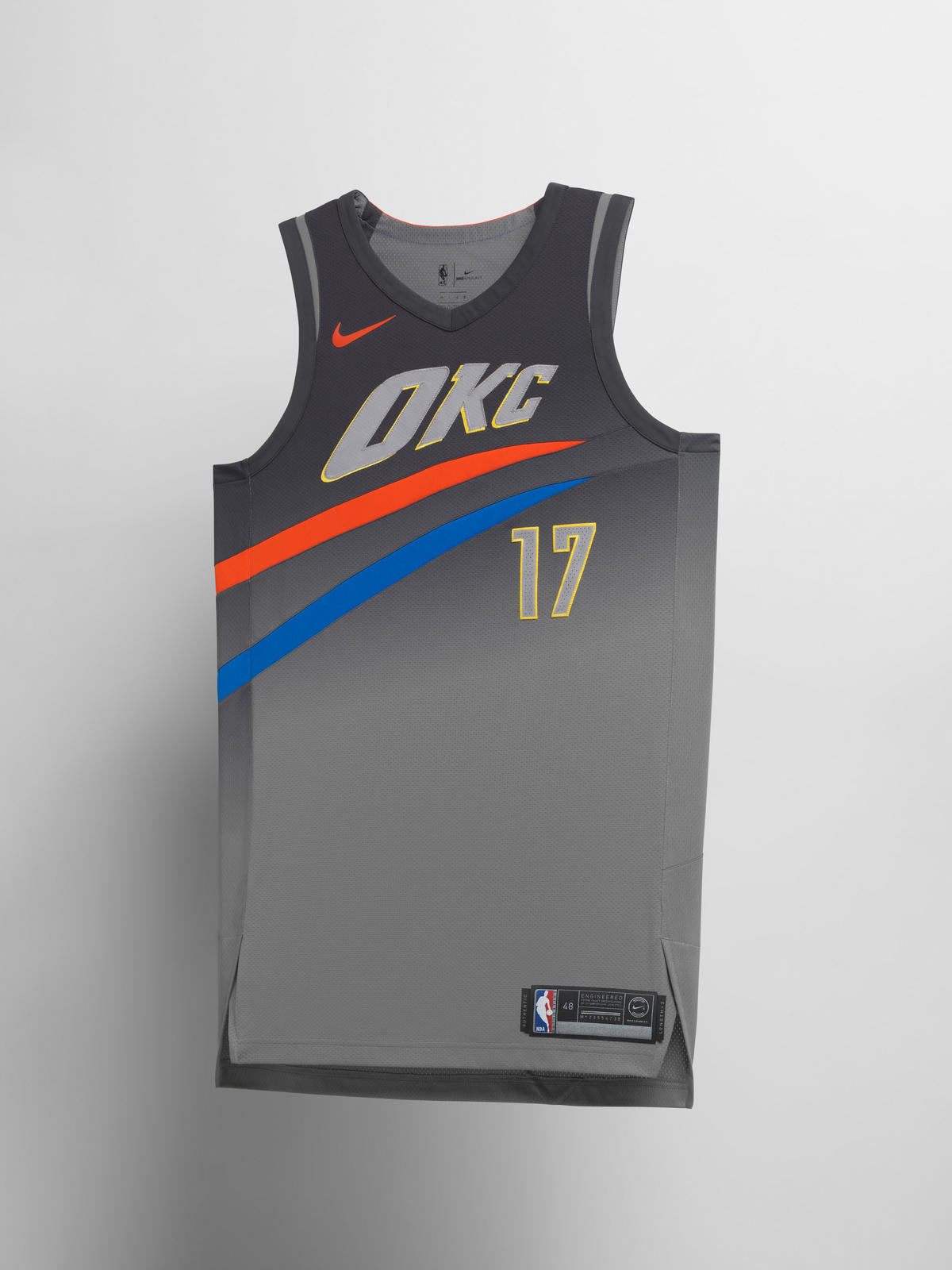 The logo and colors of this City Edition uniform symbolize the Oklahoma City Thunder’s playing style — fast, bold and dynamic. Familiar sunset and blue twist around the jersey to represent the coming of a storm and the forces of nature that exist both on and off the court. 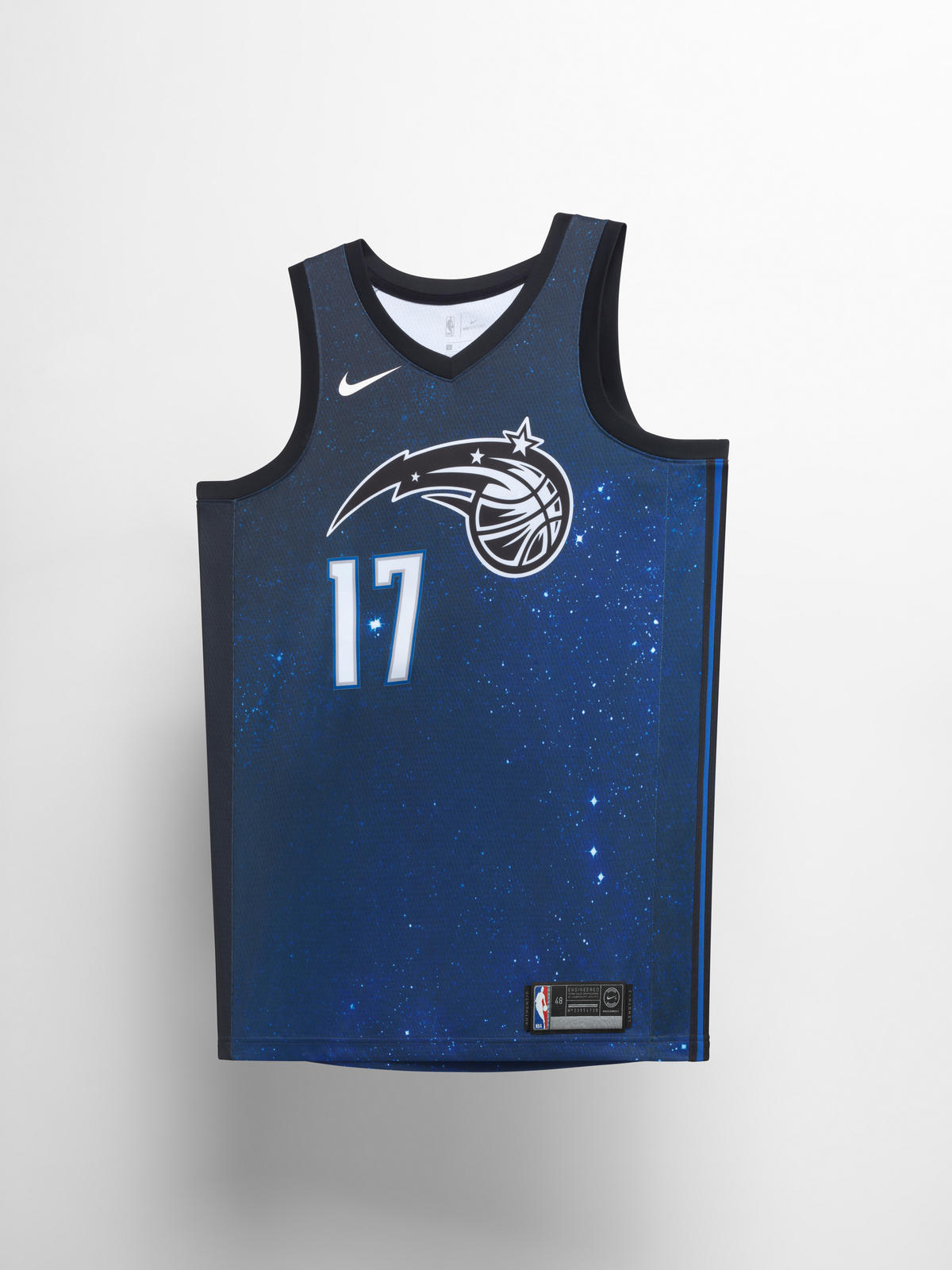 The edges of light bordering our universe reveal a vastness greater than our imagination. Emblematic of the desire to achieve more, the Orlando Magic City Edition uniform is the will to break boundaries, push our outer confines and find something greater than our individual selves. Go higher. Go farther. Go deeper. Be limitless. 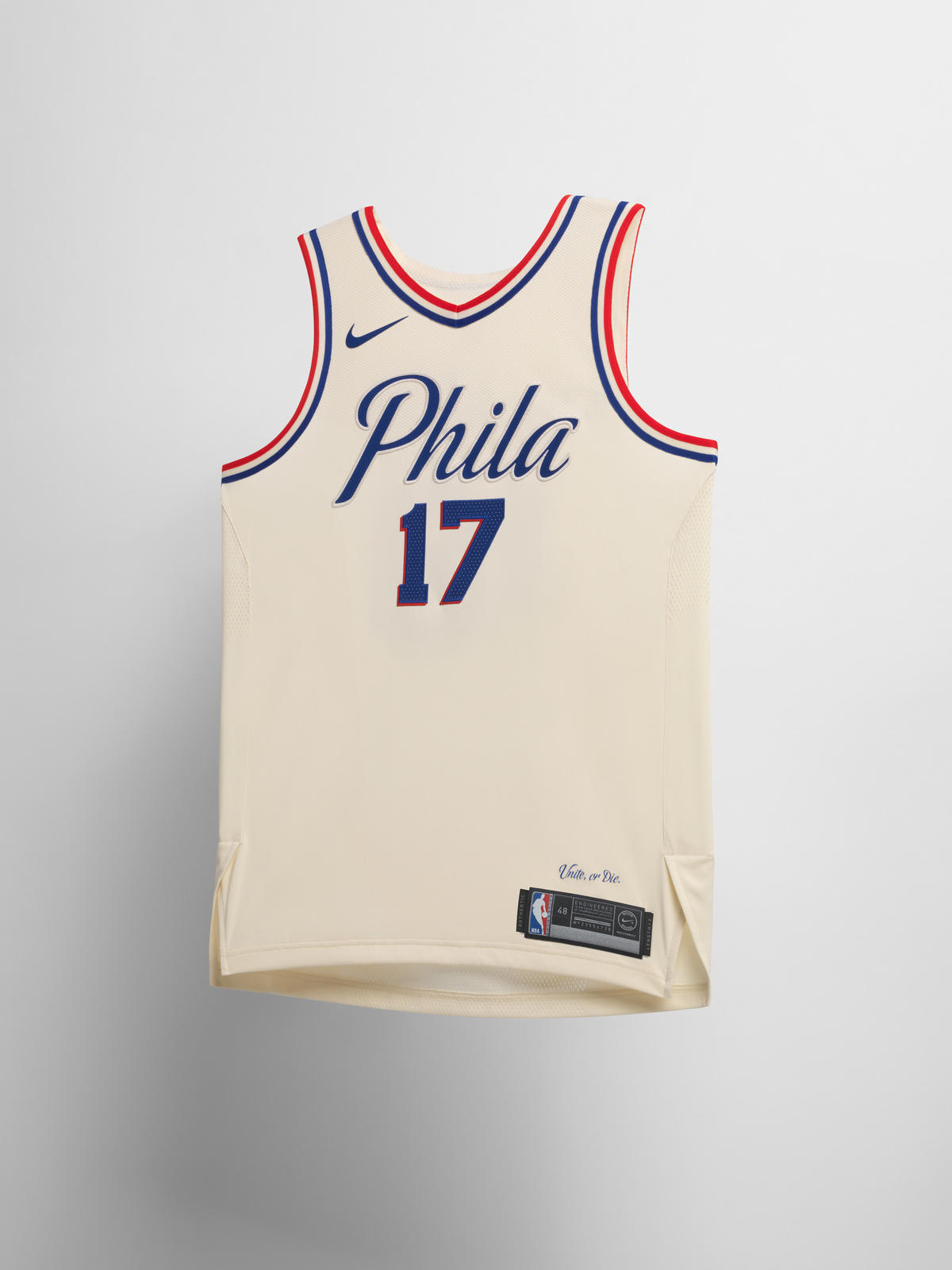 This Philadelphia 76ers City Edition uniform celebrates American freedom with a parchment paper-inspired base color and script that mimics the original Declaration of Independence. The “76” on the shorts nods to the Bi-Centennial celebration held in Philadelphia. 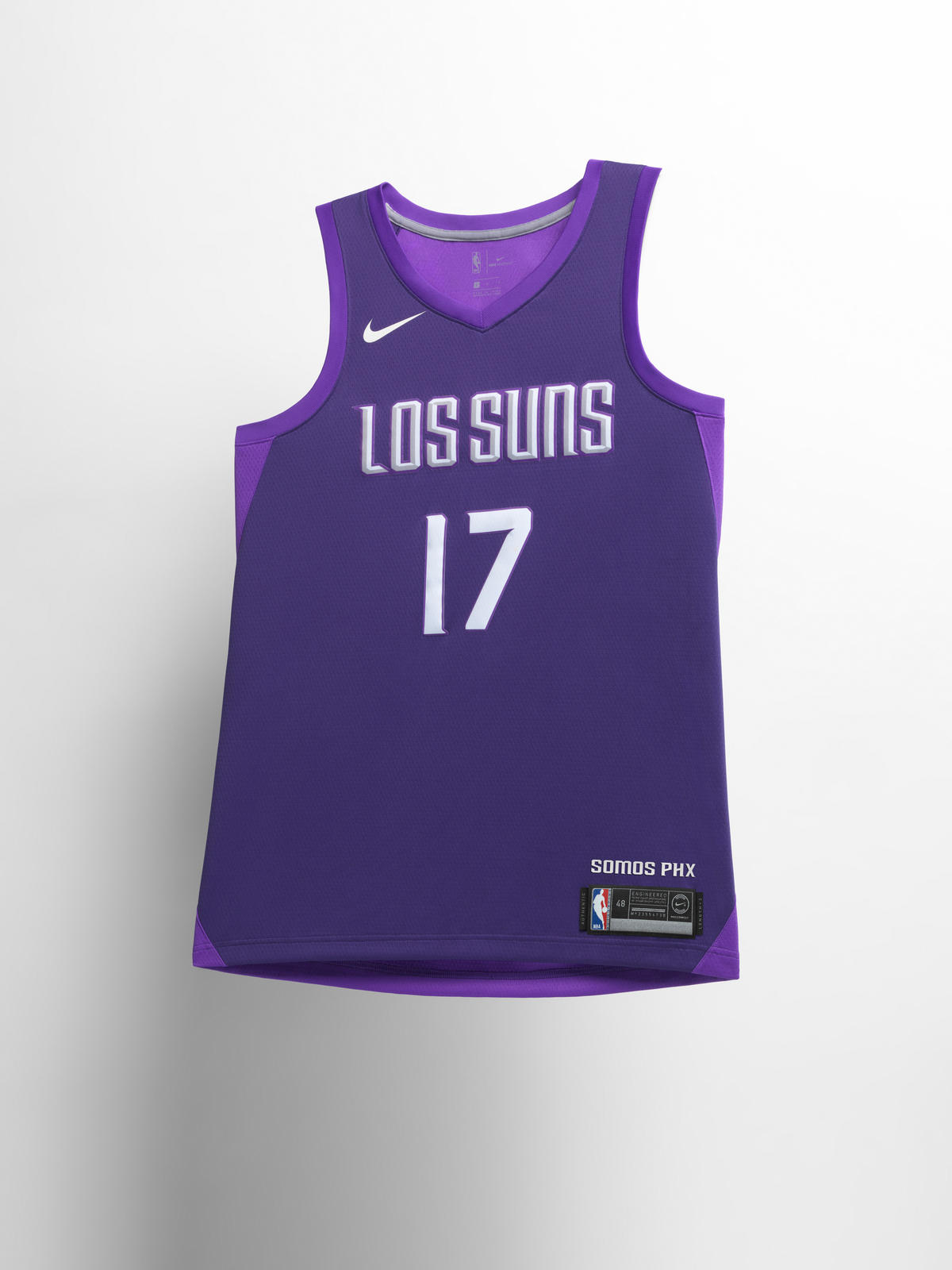 The Phoenix Suns City Edition uniform pays special tribute to the Hispanic heritage of the community the Suns have proudly represented for 50 years. The “Los Suns” uniform features shades of Phoenix purple and the back of the jersey includes a design detail inspired by the Phoenix constellation. 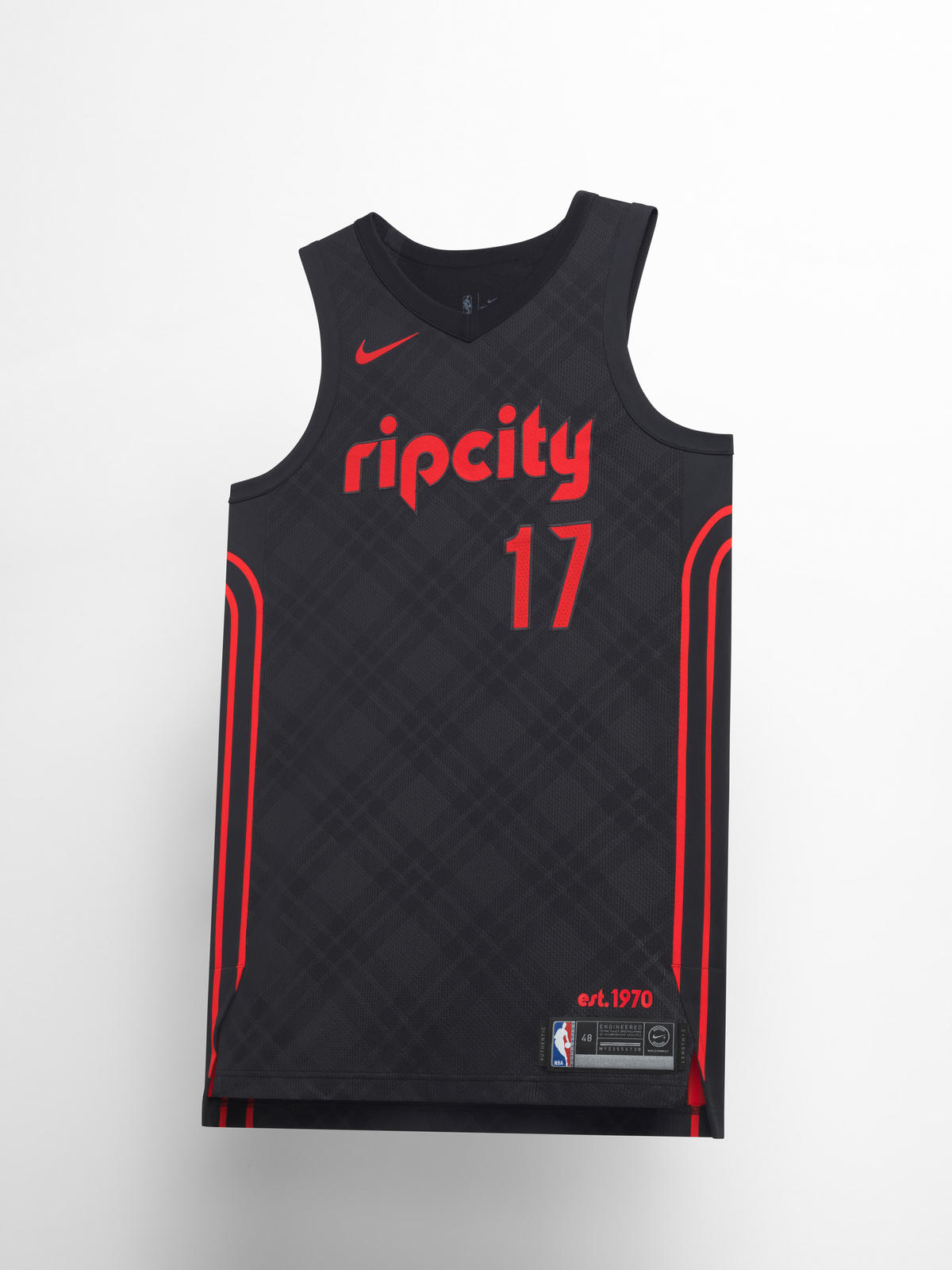 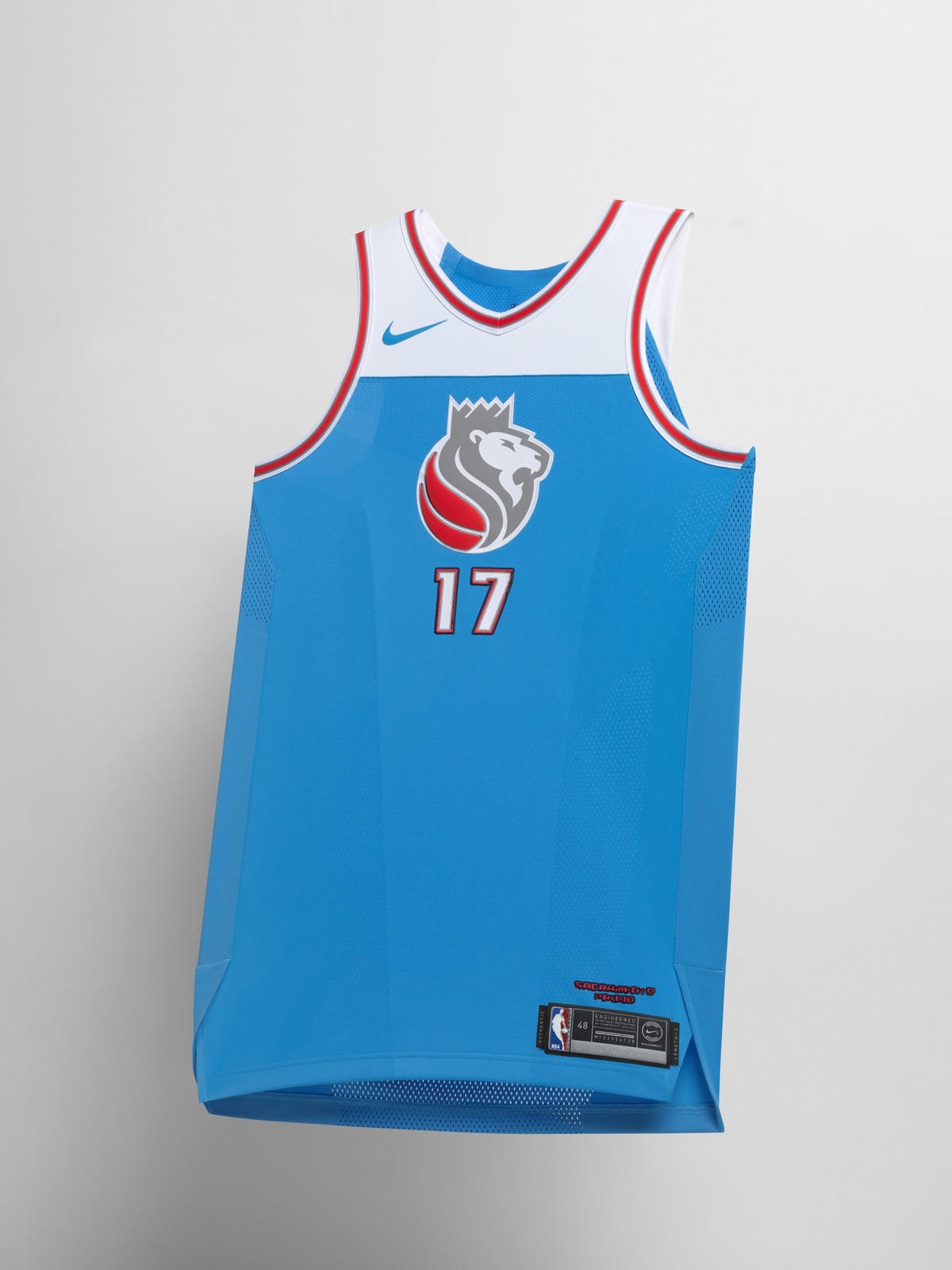 Inspired by the Kings 1985 baby blue uniforms, the new City Edition design blends our storied past with our bright future. The new uniforms feature the beloved baby blue and red, with the fan favorite lion emblem emblazoned on the chest. The City Edition uniform marks the first time this logo is featured on the team uniforms. 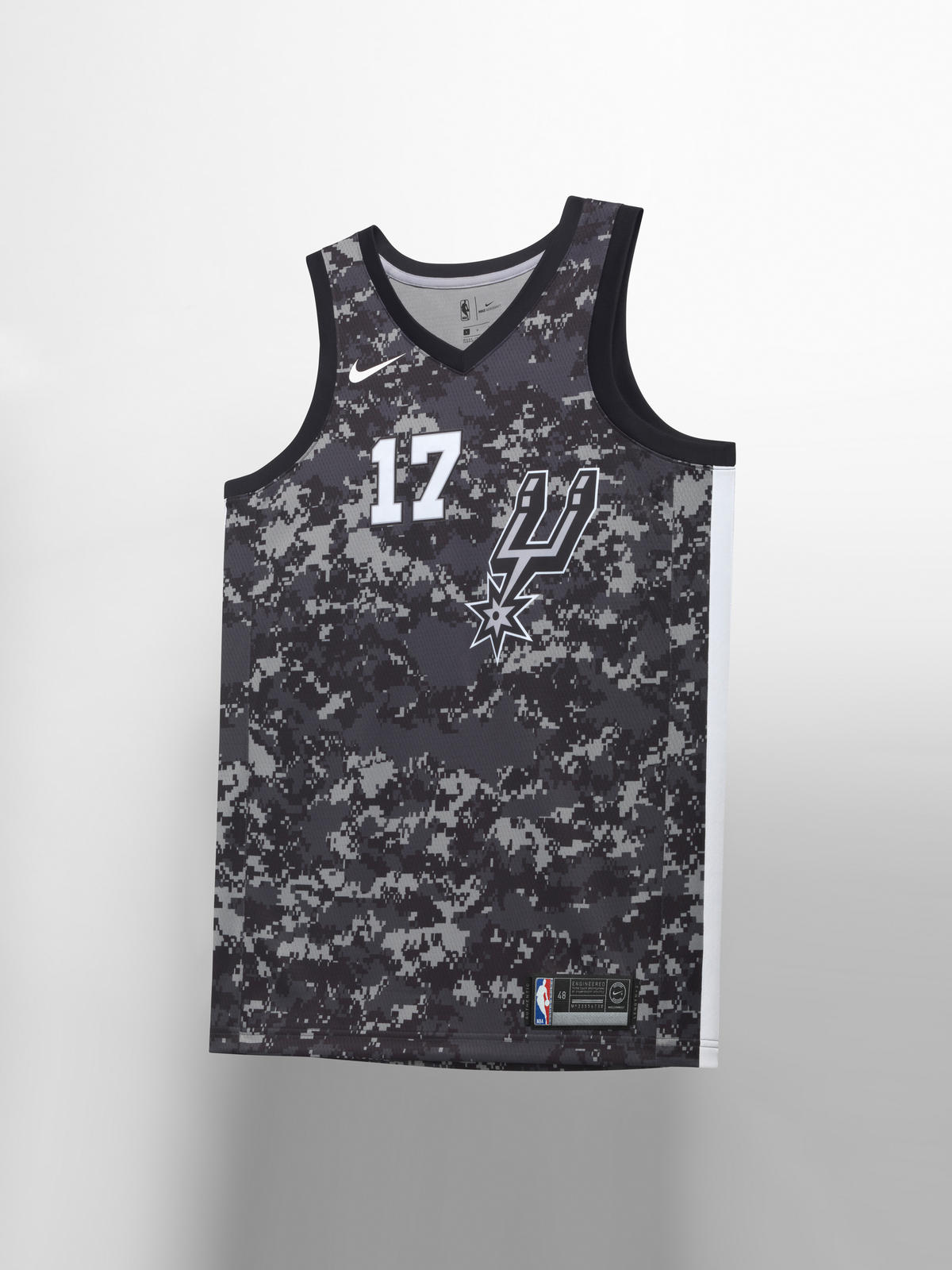 The Spurs City Edition uniform honors the servicemen and servicewomen of the U.S. Armed Forces. With a camouflage print that pays tribute to the U.S. Army Combat Uniform, the jerseys show  San Antonio’s pride in the nickname Military City USA. 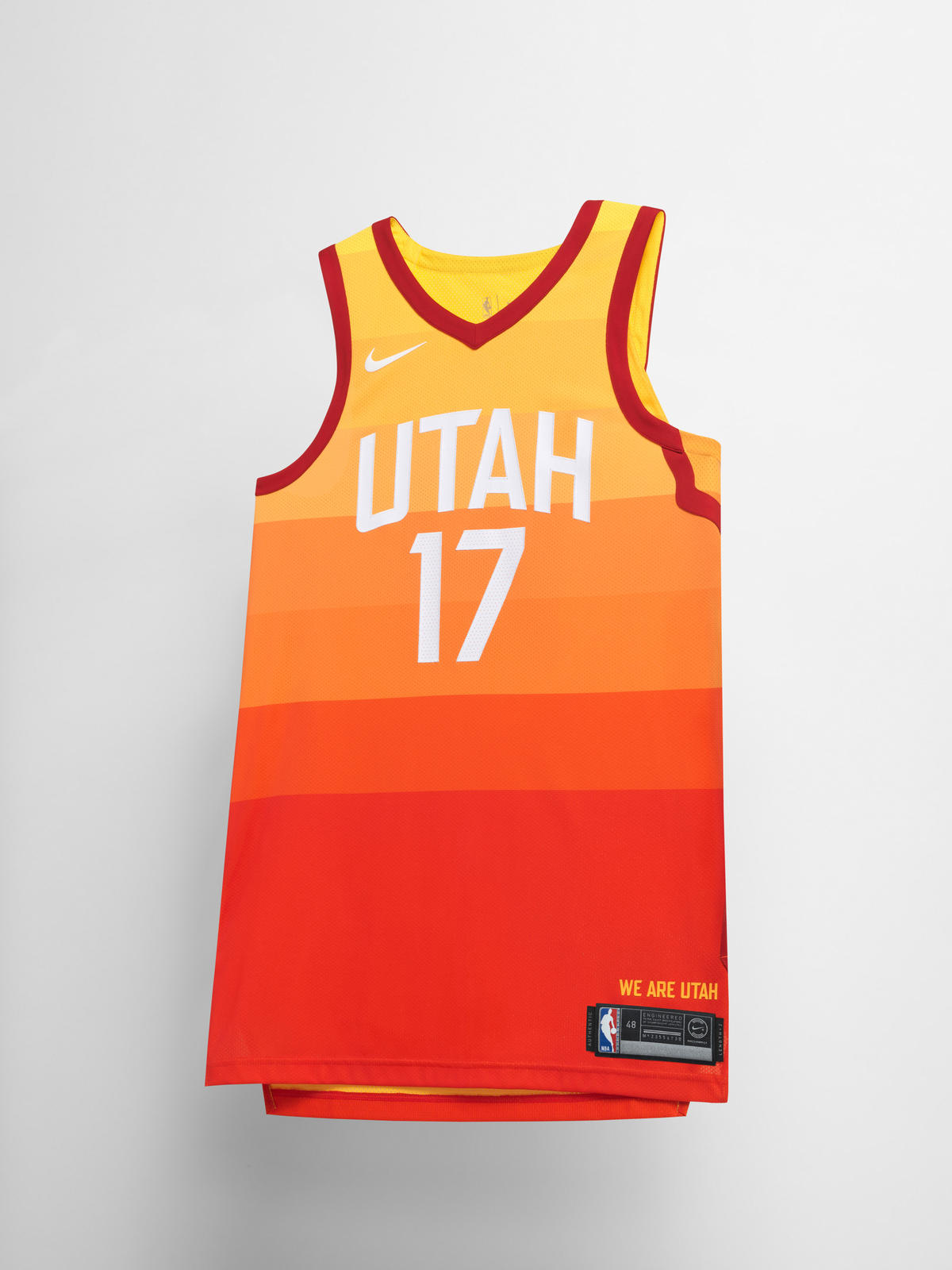 The cascading colors of this Utah Jazz City Edition uniform are inspired by the natural beauty of its home state with the famous red rock formations, stunning arches, and breathtaking canyon lands. The sides of the jersey represent the roadways to adventure with the travel routes from Salt Lake City to southern Utah. 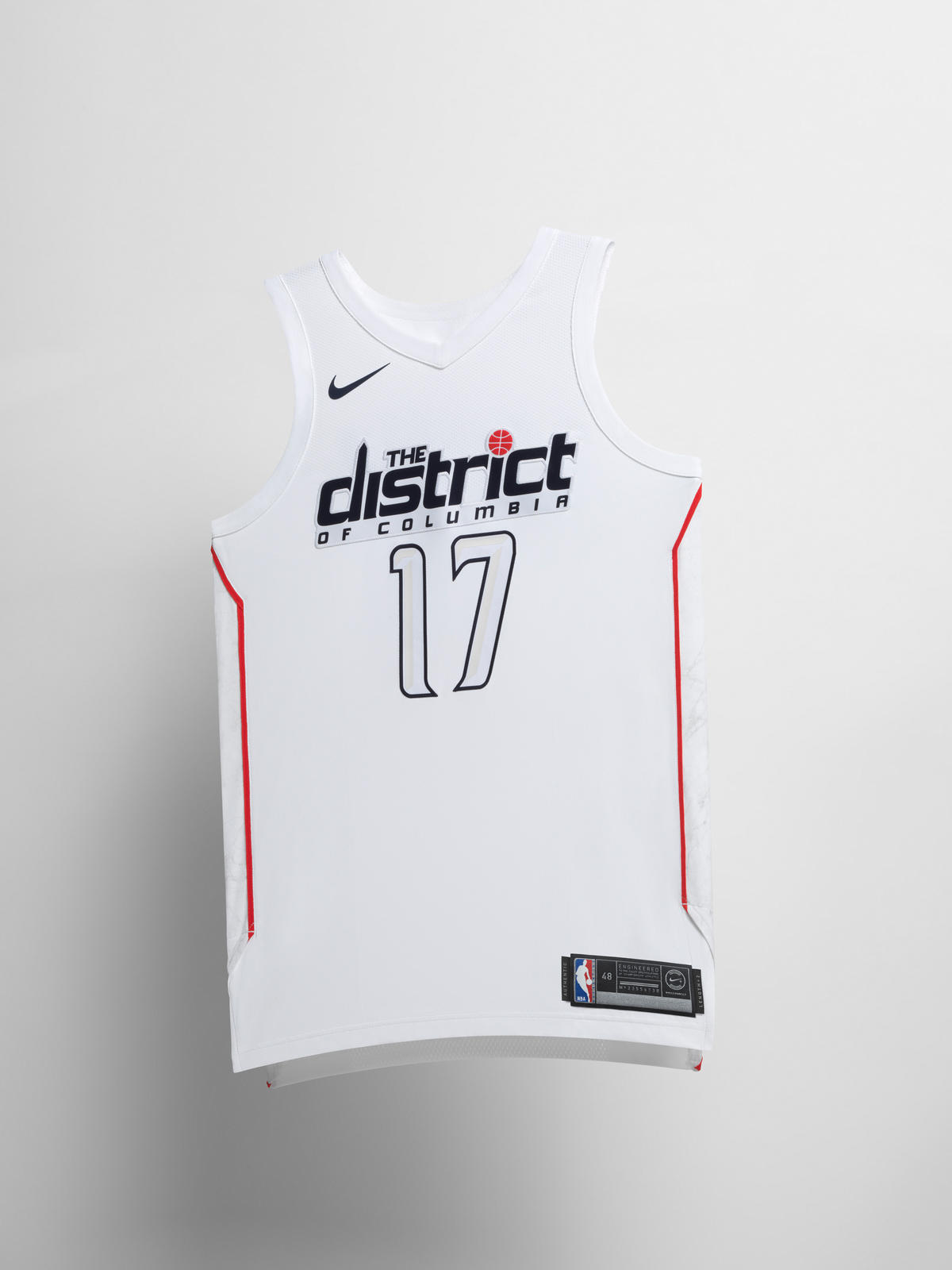 The Washington Wizards City Edition uniform celebrates the District of Columbia and our capital’s team. It features a marble pattern on the side panels that from the Washington monument and a beveled effect on the numbers that resemble the styling of iconic Washington D.C. monuments.

Editor’s Note: The Houston Rockets, Miami Heat, New York Knicks and Toronto Raptors will unveil their City Edition uniforms for the 2017-18 season at a later date.