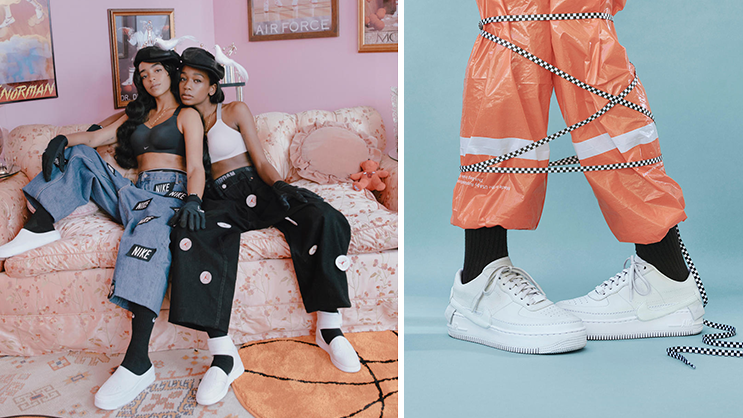 The 14 women behind the project represent distinct skill sets within Nike’s more than 1,000-strong design group. Among them are colourists and materials specialists, as well as men’s and women’s mainline footwear designers. The focus of their work was to establish five new articulations of both icons, unrestrained from concerns beyond pure design.

How did it happen?

Footwear Director Andy Caine picked the 14 participants with a clear objective consideration. “The genesis of creativity is diversity,” he says. “From a design point of view, each of the designers has a unique background and personality. Our theory is that when you mix diverse creative talents you realize some magic.”

They discussed the athletic mindset and fashion trends — both in isolation and where the dots can and do connect. Additionally, they examined the elements of each of the shoes, both initially designed by men for male athletes, which have enticed female wearers and could be further accentuated. All these considerations helped with the process of categorization. 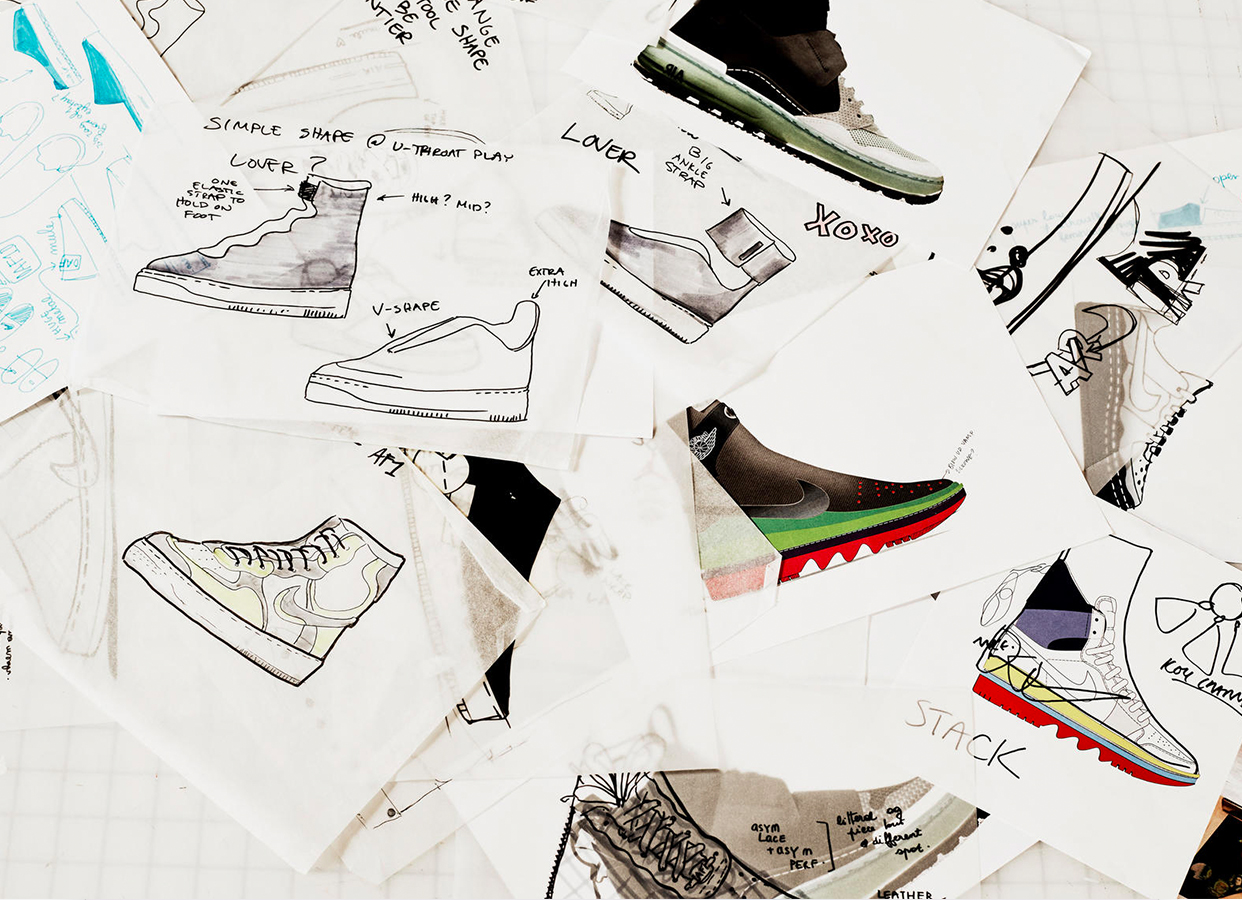 The groupings formed five pronounced personas: explorer, lover, sage, rebel and jester. James declared these archetypes and combined them with a set of rules (covering how the designers were to balance critical candour and respect while working) as the lone parameters to follow during the project’s next steps.

With just four days, the group had to deliver.

The designers broke into two groups, one for the AF1 (Dieudonne, Disington, Martin, Nykreim, Odinot, Page and Schoeffel) and the other for the AJ1 (Aden, Brammer, Crow, Hong, Small and Takahashi).

After the four (working days) in London, 10 radical shoes were designed, which was a testament indeed to the power of diverse, creative and tight collaboration.

Here is the entire collection

The 10 styles, ranging in price from $120 to $160, are crafted in white leather, suede and velvet, as well as lined with Nike’s signature memory foam sock-liner for comfort. 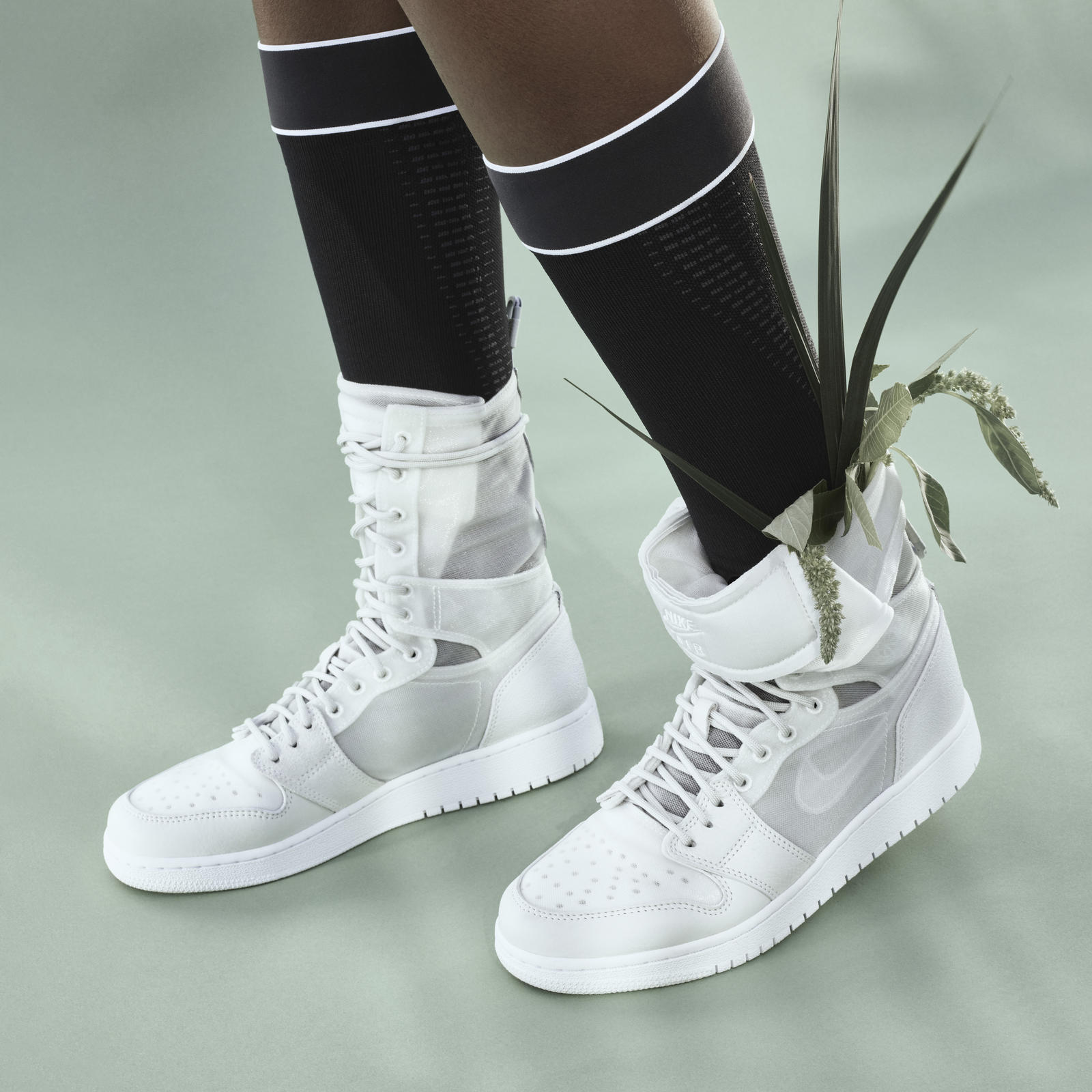 AJ1 EXPLORER XX: The ruched heel allows for adjustment of the shoe’s height. 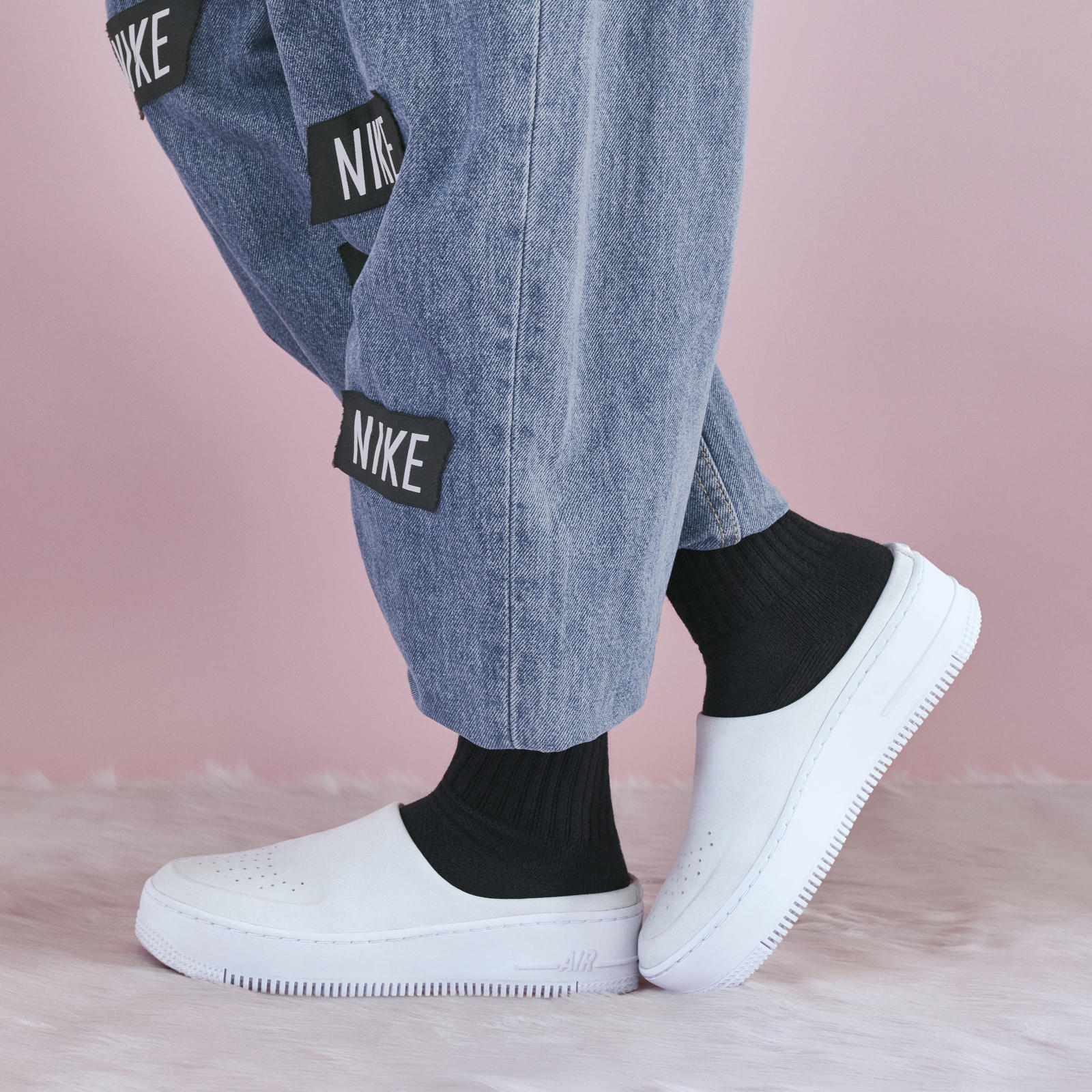 AF1 LOVER XX: Built on a new almond last and given a bold platform stack height, this translates the iconic basketball sneaker to a velvet-lined mule with iridescent backed perforations. 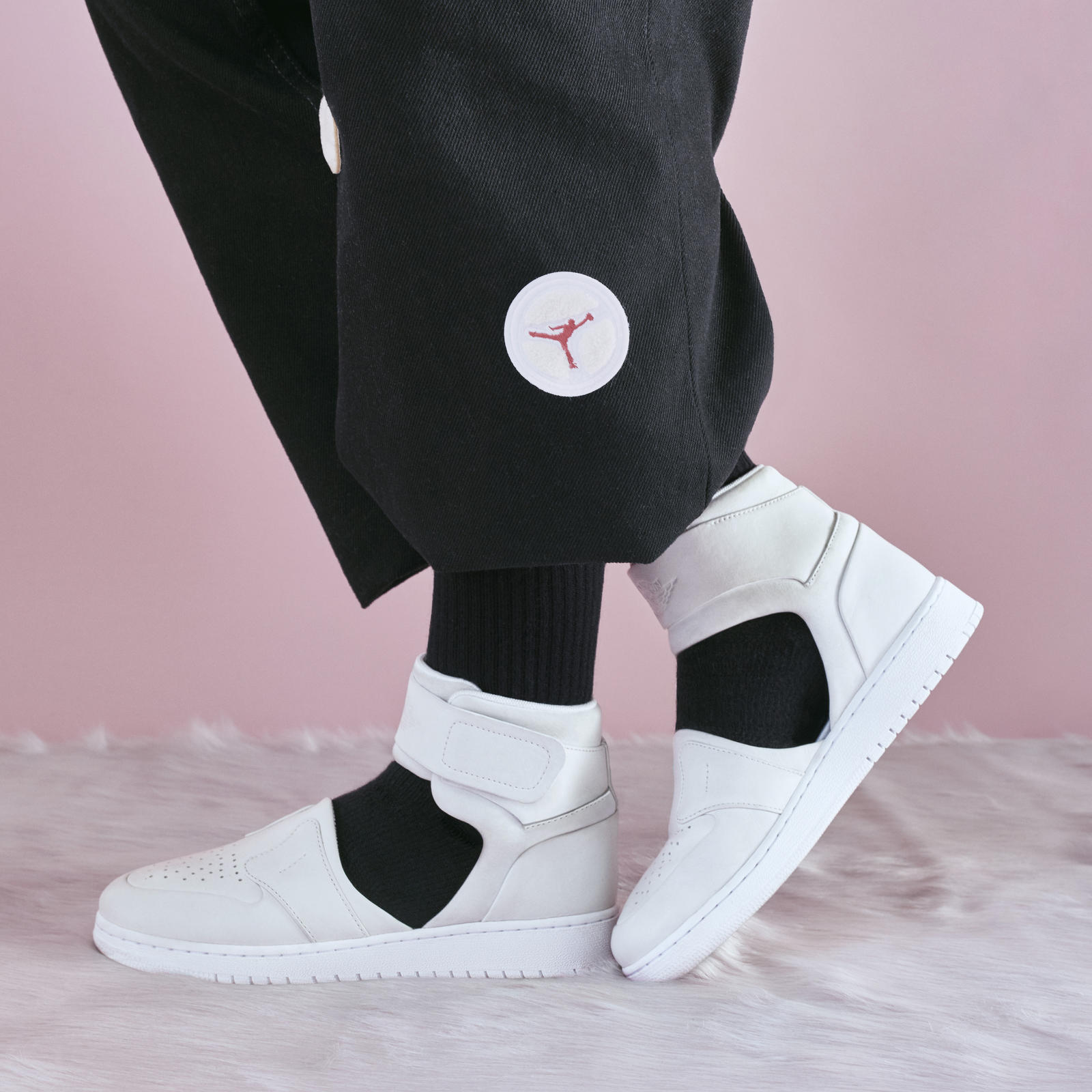 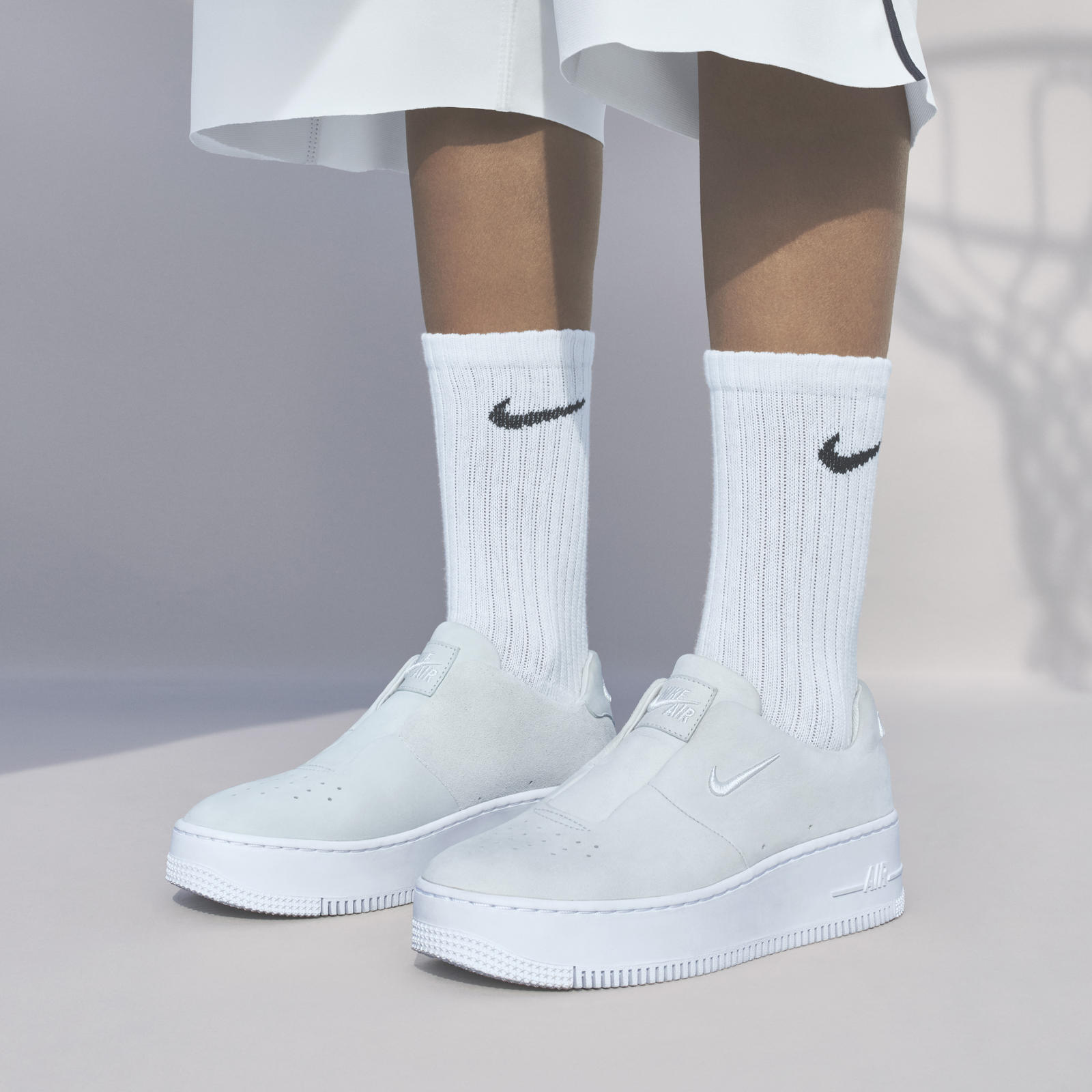 AF1 SAGE XX: The slip-on style raises the stack height 12mm above the original and streamlines the shoe’s lines for a minimalist take on the classic. 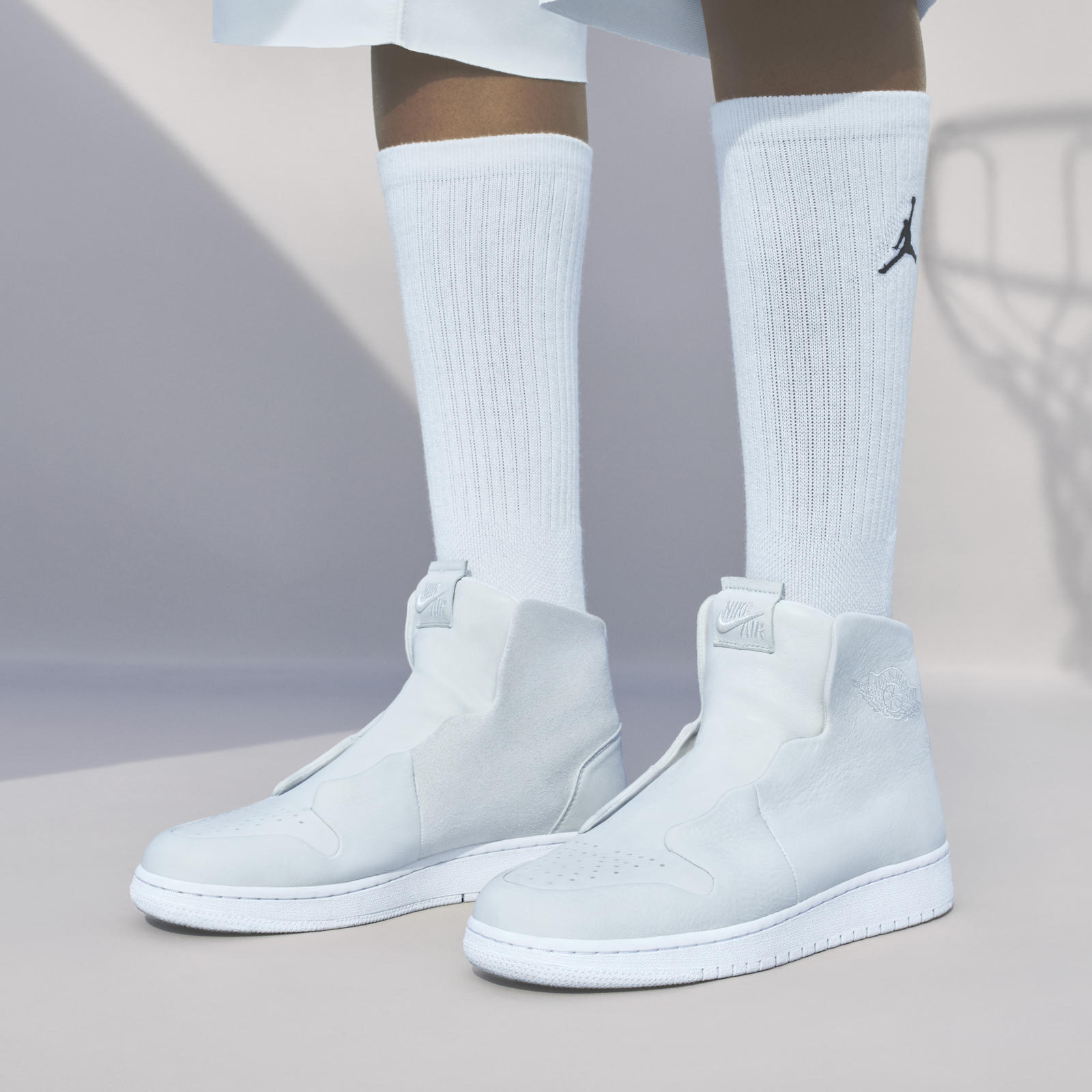 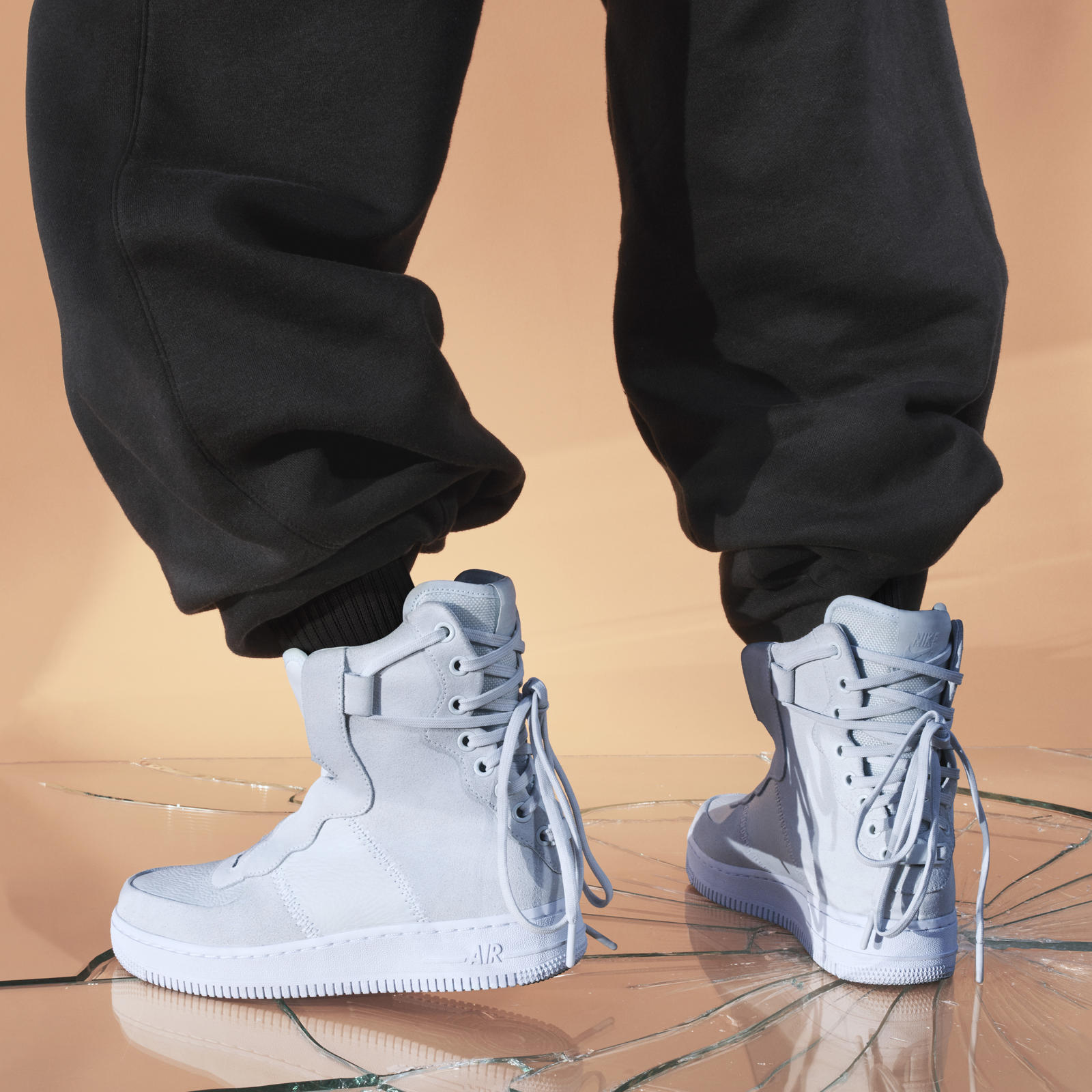 AF1 REBEL XX: All the components are flipped to the back, where a corset lacing system at the heel highlights the inverted aesthetic. 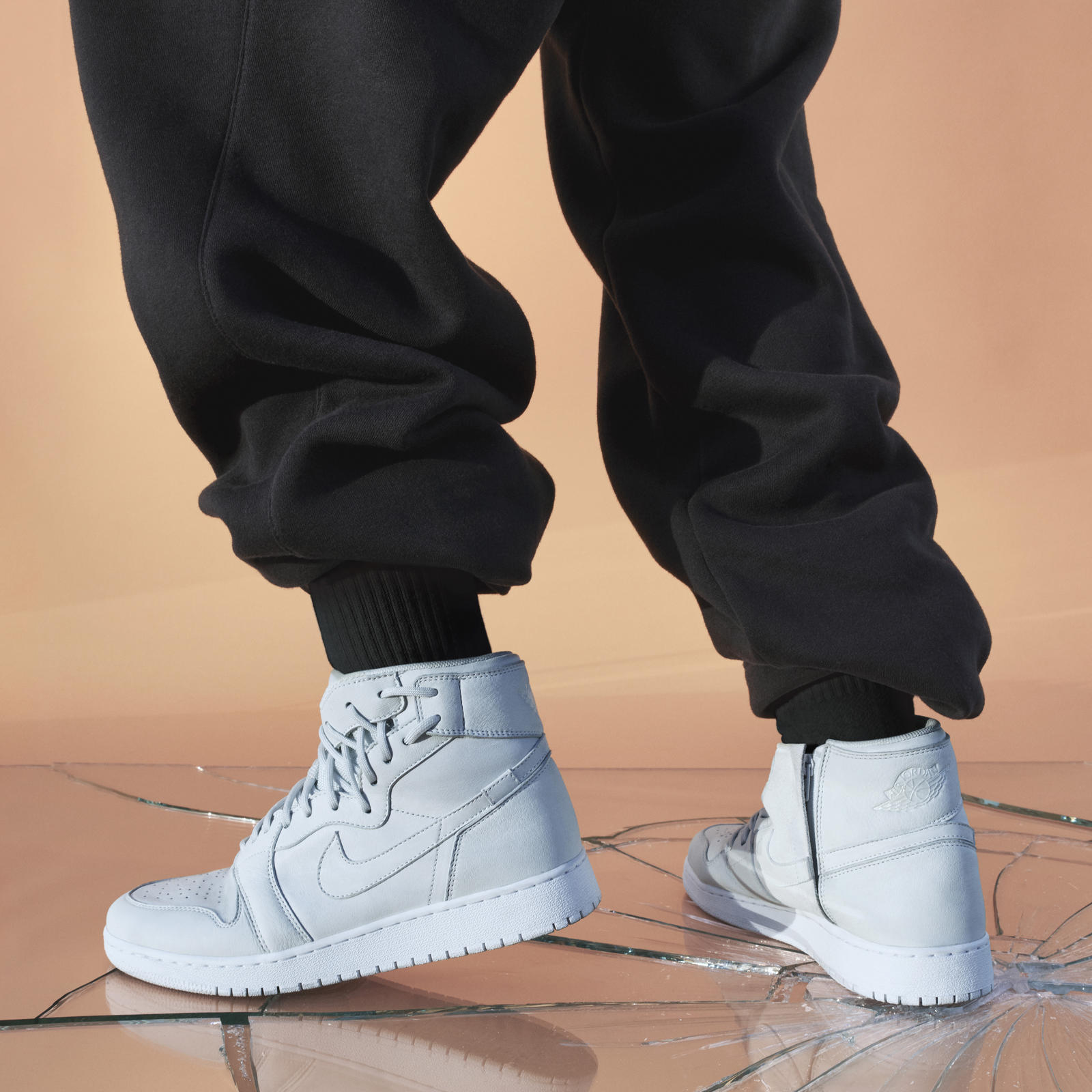 AJ1 REBEL XX: A medial zipper offers a point of entry to this shoe, which twists the upper sideways. 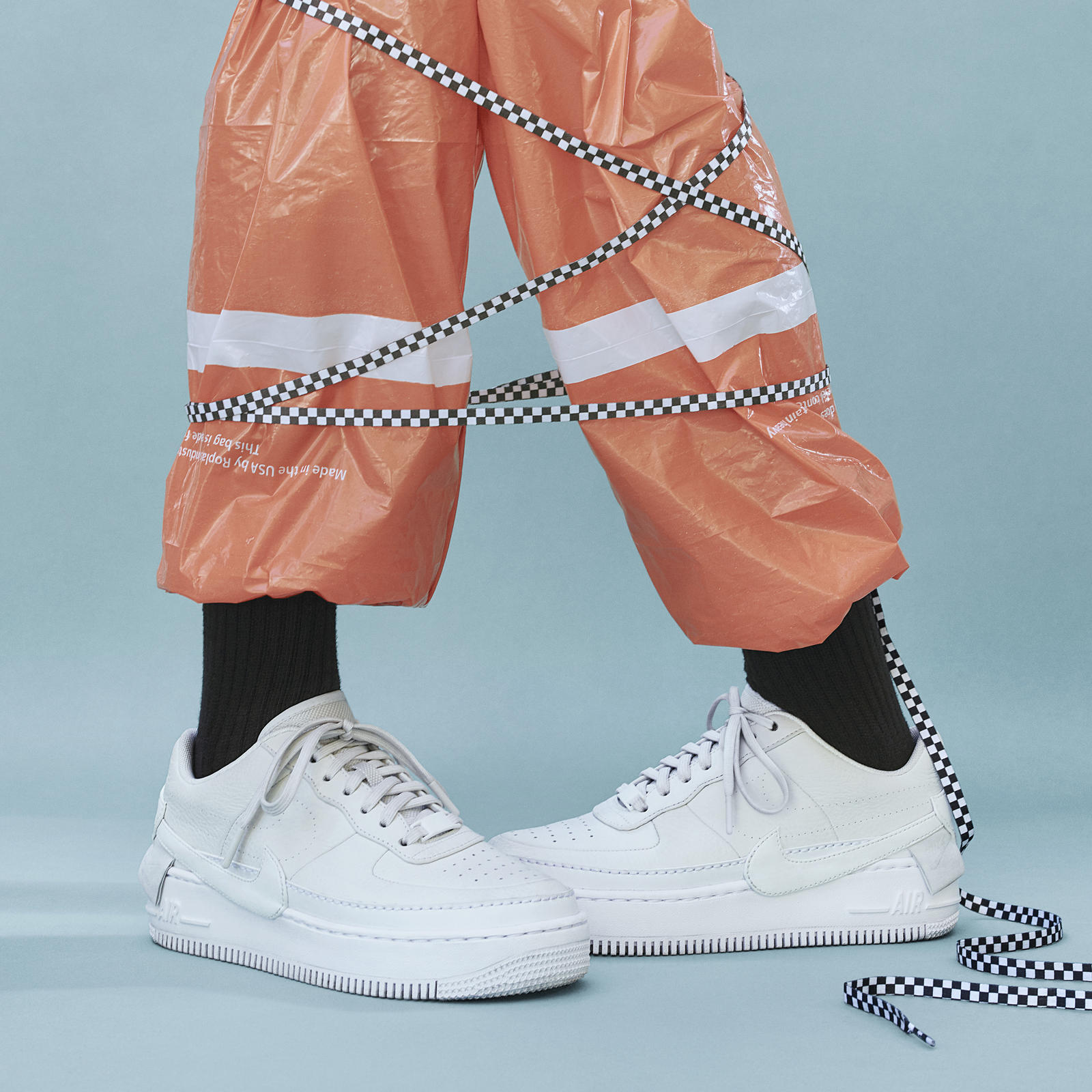 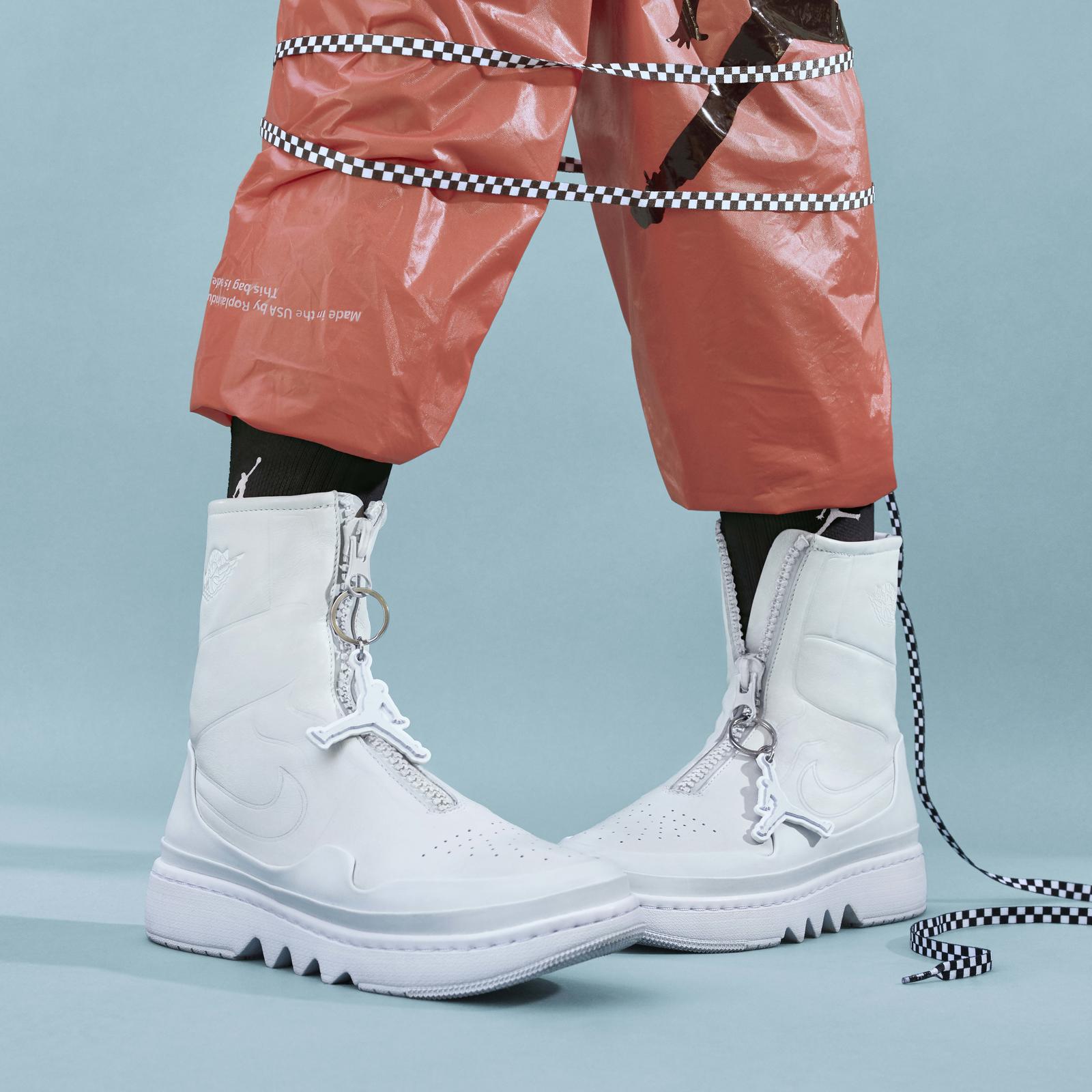 AJ1 JESTER XX: This shoe playfully distorts the icon by transforming the upper into a zippered boot and giving the outsole an exaggerated ripple under the midfoot. 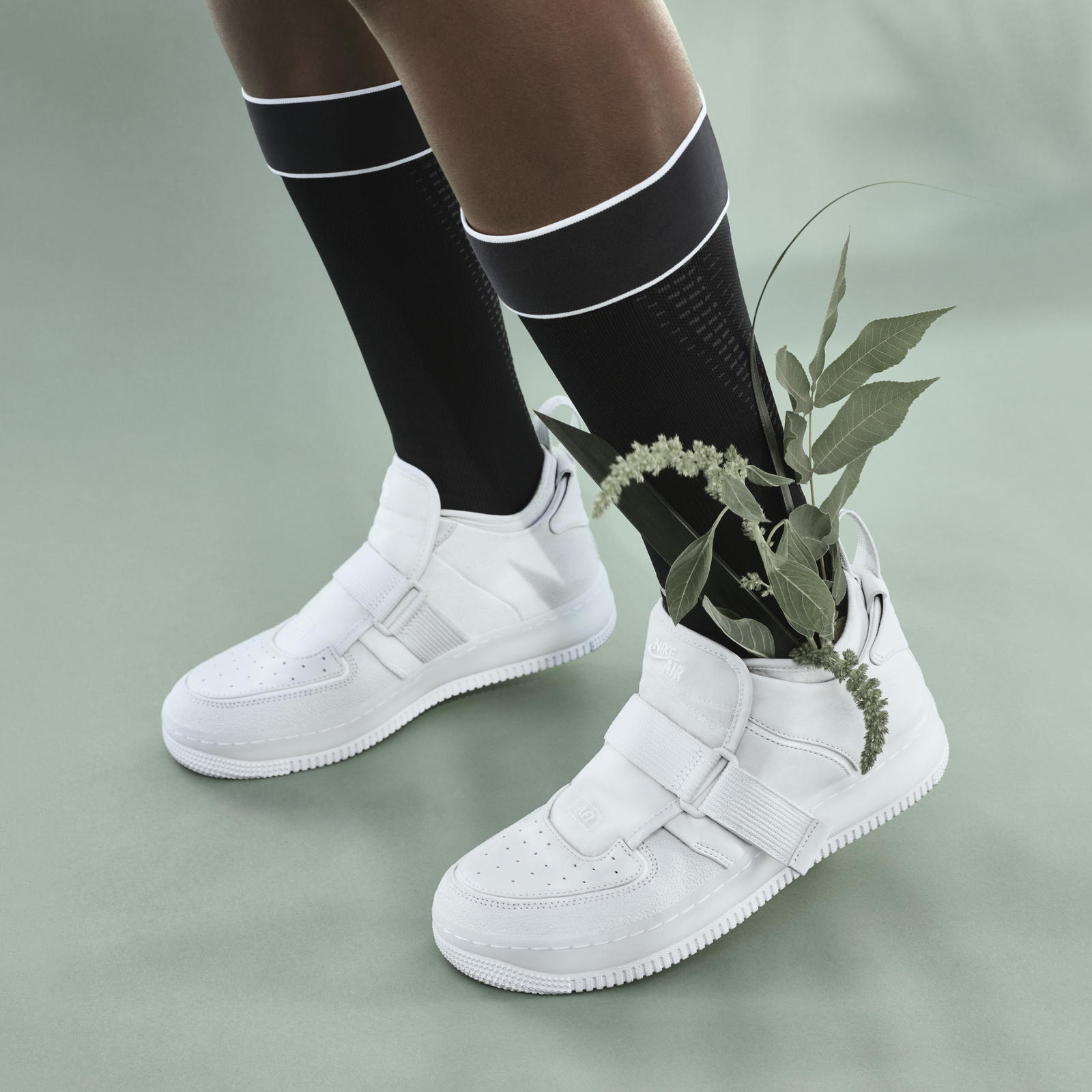