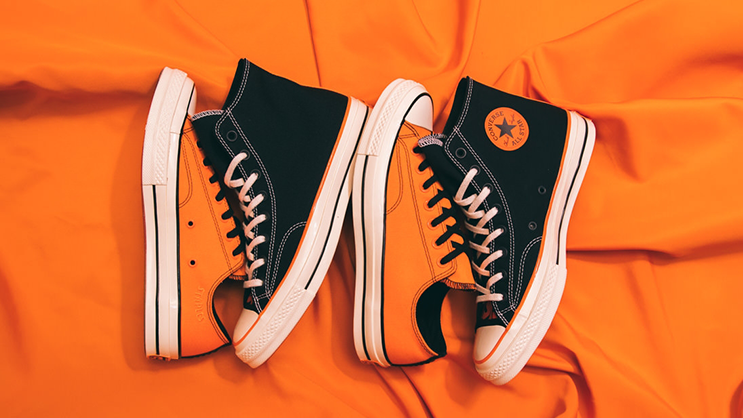 Who is Vince Staple? 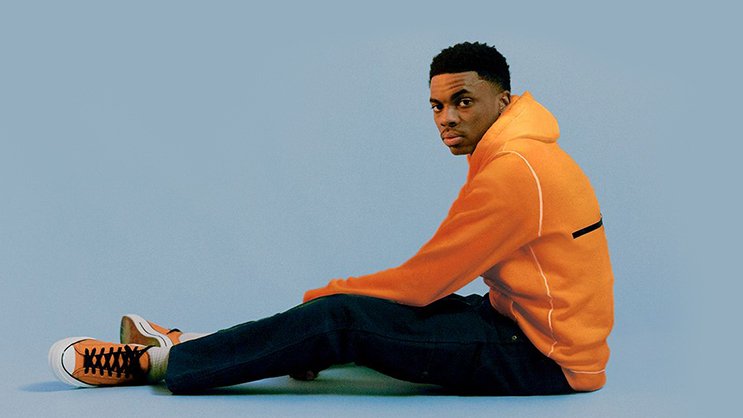 Vincent Jamal Staples (born July 2, 1993) is an American rapper from the Ramona Park area of North Long Beach, California. He is a member of the hip-hop trio Cutthroat Boyz alongside fellow Californian rappers Aston Matthews and Joey Fatts. Staples was once a close associate of Odd Future, in particular, Mike G and Earl Sweatshirt. He is currently signed to Blacksmith Records, ARTium Recordings, and Def Jam Recordings.

The Collaboration with Converse

Staples, a long-standing Converse collaborator, sought creative ways of interpreting Big Fish Theory into wearable merchandise. Having grown up with the influence of west coast culture and wearing Converse Chuck Taylors, the silhouette maintains its relevance with Staples, who bought his first pair to go with his school uniform at a swap meet.

The collection’s key colorway, orange, is a nod to the goldfish on his album cover. This bright color contrasts the collection’s darker tones to make for highly visible gear. Both the Hi and Ox Chuck 70s are built with an aquarium sock liner, Big Fish Theory graphic outsole and “Vince Staples” embroidered on the medial collar. The Chuck 70 Hi boasts a “Big Fish” screen print in orange that stands out against the sneaker’s black tongue.

A common design element throughout the collection is the “SEA” graphic, a tribute to Staples’ signature brand and successful Beats 1 podcast, Section Eight Arthouse Broadcast System. The “SEA” of the Chuck 70s is 3D printed onto the heel with the “A” placed to cross with the heel stay and transfer onto the foxing tape. On the Essentials hoodie, the “SEA” graphic is centered on the back, making a bold statement against the 360 Legacy French Terry.

Lookout for the Converse x Vince Staples collection to release on Saturday, 10 February 2018 at Shelflife (Joburg & cape town) – via first come first serve– followed by the online store at 1030am.