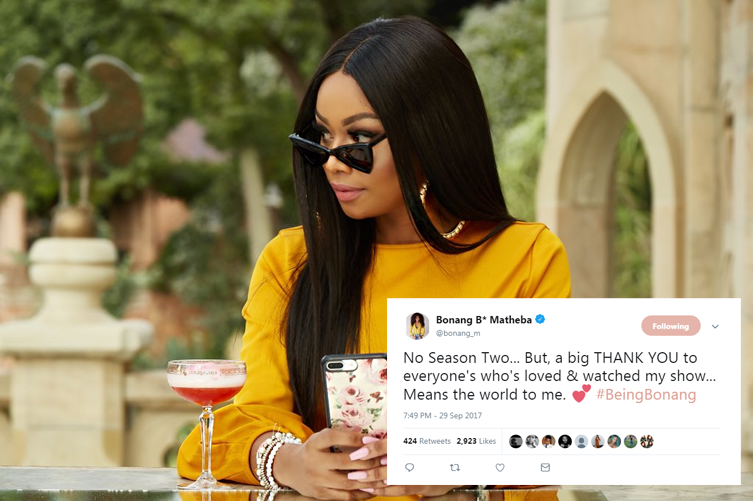 Bonang Matheba’s reality show ‘Being Bonang’ has been renewed for Season2.
Even though Bonang confirmed last year on Twitter that fans won’t see the second season, seems things have changed. The news broke yesterday at Courvoisier media event. The new season debuts on 04 May 2018 and will show more of Bonang out of South Africa.

TV: All you need to know about the return of #BeingBonang

On Season 1, Bonang shared her personal daily life in 12-episodes which aired exclusively on Vuzu Amp. The show took us behind the scenes to show how Queen B* prepares for some of her biggest shows, photoshoots, sitting in meetings with her team, attending A-List events, her book launch and ofcourse the moments and partying with the SupaMega – AKA.

Are you excited for Season 2?