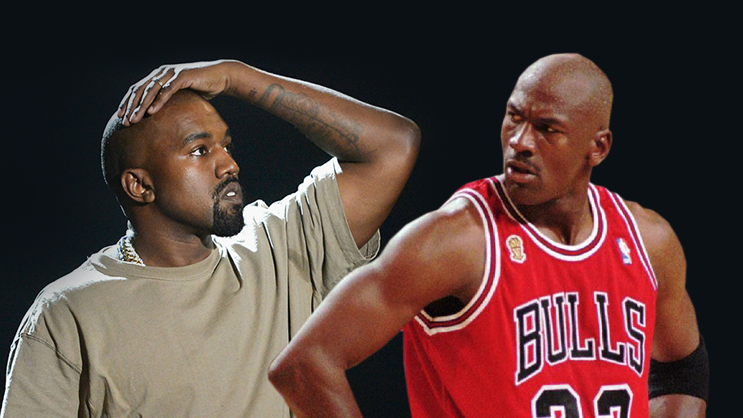 Rapper, producer, fashion designer and entrepreneur KANYE WEST, made a return on Twitter a week ago and he’s already blowing twitter.

Kanye uses his Twitter to emphatically sound off on everything from upcoming music, designs for his Yeezy line to potential run for president in 2024.

Firing more tweets today, Kanye took it to it Twitter to unveil that he’s currently the single highest paid person in footwear, meaning he makes more money on shoes than Michael Jordan. ..DO YOU AGREE WITH THAT? 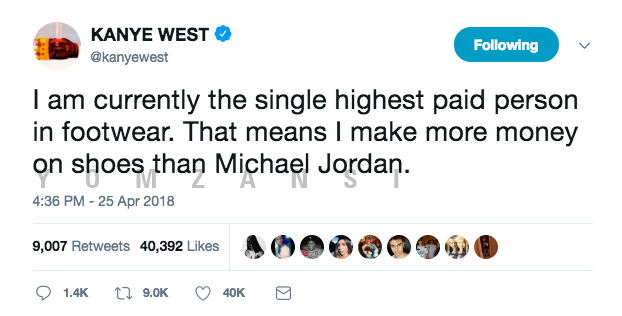 Kanye also mentioned that the newest YEEZY desert rat 500 sold 250 thousand in one hour on Coachella weekend and that the Wave runner Yeezy 700 is adidas most requested shoe. 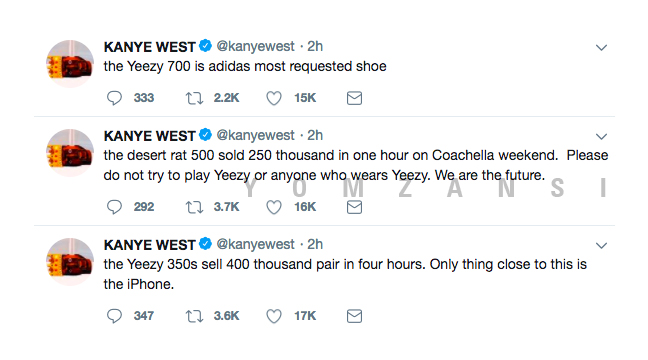 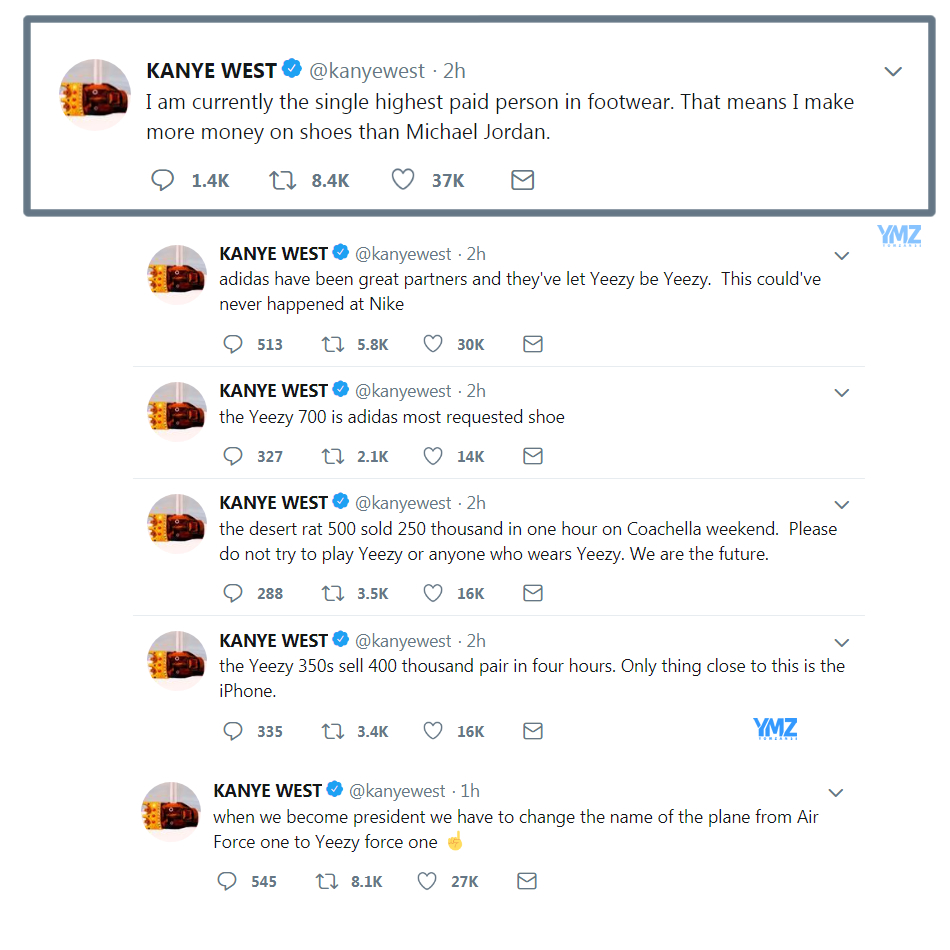