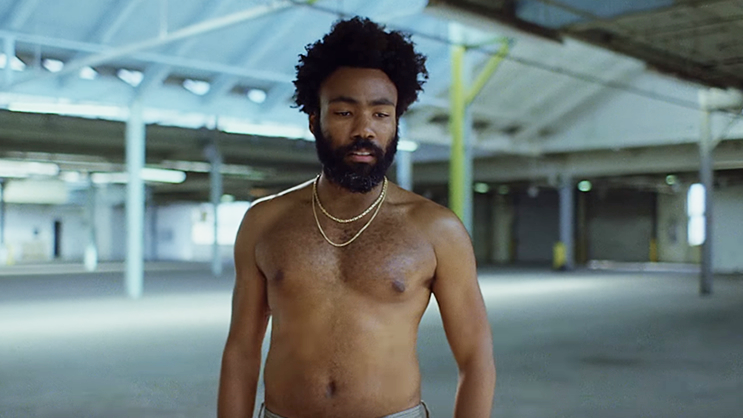 Childish Gambino (aka Donald Glover) surprised fans with brand new jam ‘This Is America’ accompanied by masterpiece visuals.
The music video is what everyone is talking about, with a very clear and loud message about social issues in US.

Donald Glover’s performance on the video highlights issues such as gun violence, police brutality, white supremacy and politics – which are some of the heavy topics currently in the U.S.

The end of the video sees Glover running for his life with a hard face, because he’s “just a black man” … “just a barcode”.

We cannot leave out the great dance moves by Glover, even “Gwara Gwara” which originates right here in South Africa.

The music video is directed by Hiro Murai and produced by Doomsday.