RECOMMENDED READ BEFORE THE ARTICLE 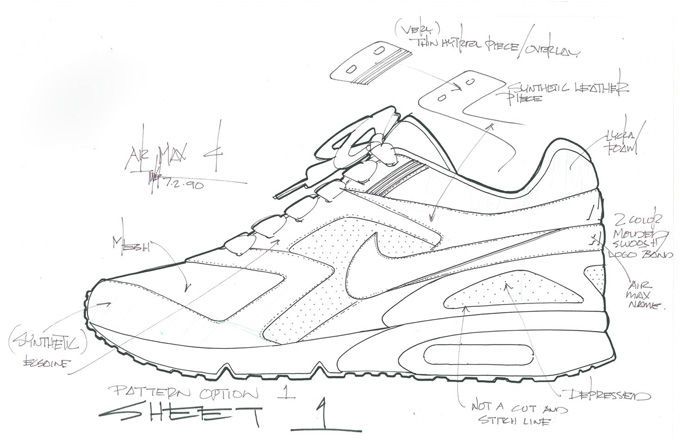 Designed by Tinker Hatfield, the Nike Air Max BW originally released in 1991. At the time, the shoe featured the largest visible Airbag, but because it was sandwiched between the release of the Air Max 90 and the Air Max 180, it has had a rather surreptitious rise to cult status. Though release was ultimately limited in the United States, the shoe profited from more liberal distribution in Western Europe.

“BW” stands for “Big Window”, a simple reference to the visible Air unit in the heel, which was slightly larger than the Air Max 90.

There the Air Max BW found favor among a variety of subcultures. In France, particularly Paris, it was adopted by both the hip-hop community and among football supporters. 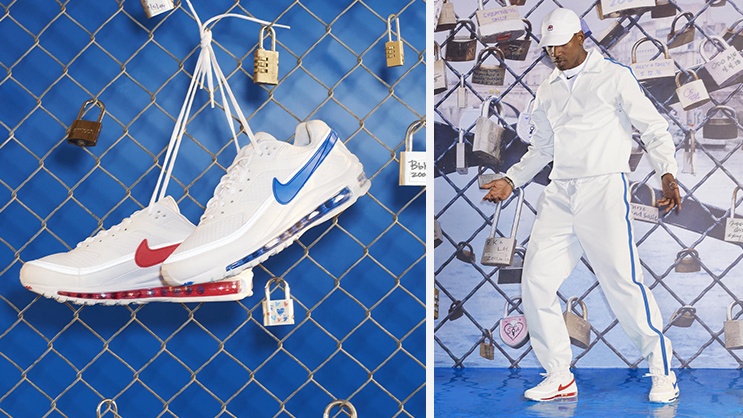 Its design combined insight from the grime star’s local London scene with inspiration drawn from trips to Essaouira, Morocco.

Now, Skepta’s second Nike silhouette follows the theme of connected culture, this time drawing on his relationship to Paris (which was one of the first places he broke outside the UK) by bridging a gap between Paris and London.

Linked by train, the two cities stand among Europe’s style capitals (not to mention being actual capitals) and the Nike Air Max 97/BW SK ties them together through the tricolour reference but more discretely honours the Nike Air Max BW’s cultural cache in both places.

1. He wanted to work with the silhouette because “Dizzee Rascal, on his first album cover, Boy in da Corner. He had a pair on.”

2. The appearance of the shoe in that image solidified its legend for Skepta. “When I was younger, Air Max was the shoe to flex in. The bigger your Air bubble — you’ve got a big air bubble and everyone can see that. The BWs…it’s funny it’s called Big Window.” Giving his version a full-length AM97 unit thus adds a new layer of cache.

3. Skepta considers Paris “a serious part of my whole existence” and credits fans in the city with an early embrace of his music.

4. Skepta began using the lock motif on the cover of his most recent EP, Vicious, as a nod to the iconic British punk musician of the same name.

5. The lock also signifies love. “I wanted to hang the padlock on the shoe at the side and to lock it and give it to my friends,” he says. “I remembered that’s what happens in Paris. That’s where you go and lock the love.” 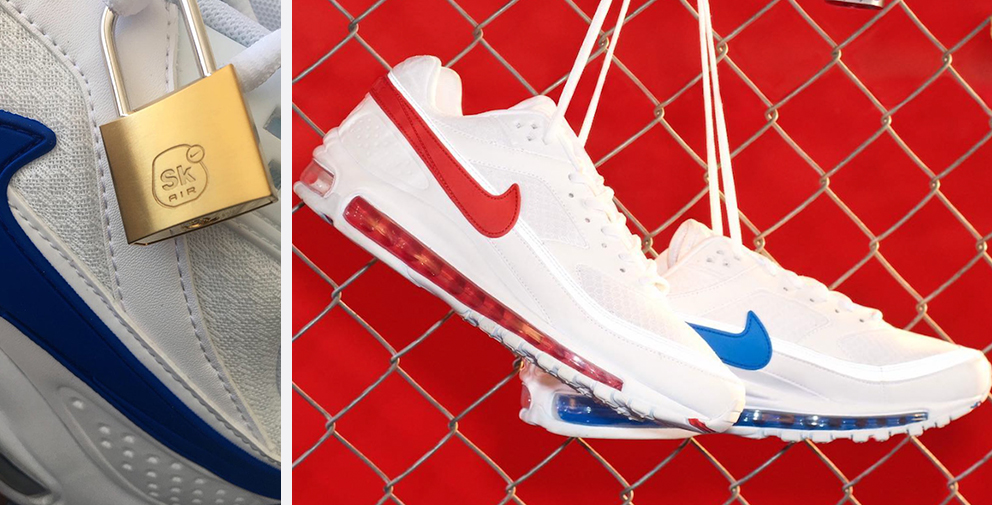 These various influences all play out in the Air Max 97/BW SK. Skepta describes the white base as “something fresh,” a simple explanation but also apt when talking about why the Big Window resonated in the first place. Add to that sharp, multi-layered references relating to love, music and romance, and the shoe becomes a symbol of the fusion of Parisian and Londoner culture.

3 THINGS TO KNOW ABOUT THE BW IN PARIS
1. Its local nickname, “La Classique,” derives from the shoe’s box label, which reads “Air Max Classic BW.”
2. In 2007, a city-specific colourway released in honour of PSG, which has been a Nike partner since ’89.
3. The silhouette holds the French record for consecutive years as a top seller. 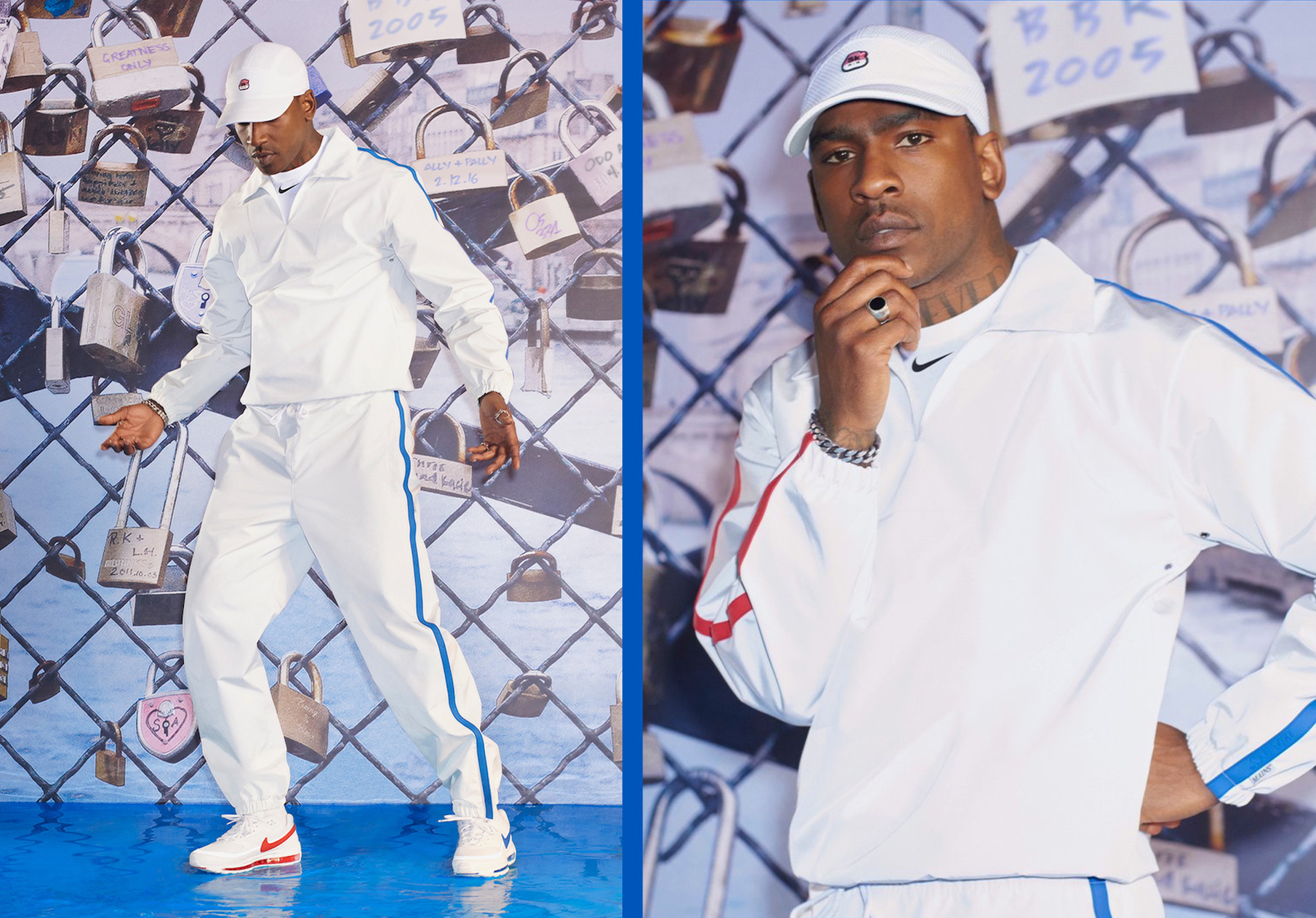 An initial launch of the Air Max 97/BW SK will take place via SNEAKRS STASH in Paris on May 14. At that time, app users who find hidden locks (replicating those used in the design) around the city will open access to purchase.

The full release of the shoe on May 19 will come through the following locations in Paris: Pigalle, The Broken Arm, Starcow, Shinzo, Acte 2, SNS and Footpatrol.

Additionally, the Air Max 97/BW SK will be available digitally from SNEAKRS in Europe and SNKRS in Japan. Select retailers (including Patta, Très Bien, Concepts and more) will carry it globally.