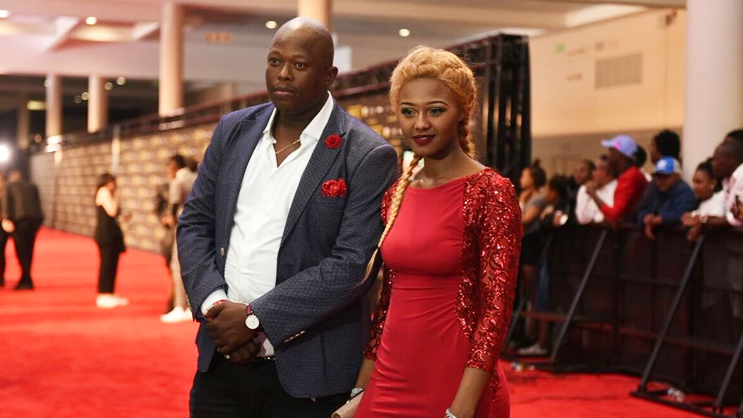 Babes Wodumo stopped by at Metro FM for an interview with Masechaba Ndlovu and Mo Flava on Friday afternoon. Even when people expected it to be more about her brand new single ‘KA DAZZ’ and music career, things went south.
In what turned out to be a very emotional and tense interview – Babes Wodumo confirmed things are shaky between him and Mampintsha. Further, in the interview, it was revealed Mampintsha has been physically abusing Babes Wodumo.

Key things we took away from the interview:

– Babes said yes Mampintsha lives through him even ‘financially’

– Even though things have turned sour in their relationship, Babes confirmed him and Mampinstaha are still business partners – and do other business outside of music.

– Even with Mampintsha on the picture, Babes confirmed there is someone in her life who fully supports her and go to shows with her, in this case, it’s ‘alleged’ the someone in discussion is Brilliant Khuzwayo (former Kaizer Chiefs)

– Babes confirmed she’s not engaged. Instead, it was Mampintsha who took everyone for a ride by posting the picture in subject (which was posted then deleted on Instagram) – he has full access to Babes’ social media accounts. The picture was taken in March instead.

– Masechaba came out with guns blazing when she put in on-air that Babes was abused by Mampintsha:

“I have a very close friend of mine, who took you in the day Mampintsha punched you in the face, and you were bleeding from your nose.”

“I know from someone else that he broke your leg.”

“Babes we live in a country where women are getting killed left right and centre, I’m happy that you left that man and quite frankly I am prepared to deal with the BCCSA.”

If you missed it, Here is the interview to watch:

‘Made in South Africa’ 501® selvedge jeans launches on Levi’s Day
Mampintsha releases statement: “I am no saint, nor do i plead absolute innocence in the claims made in that interview”