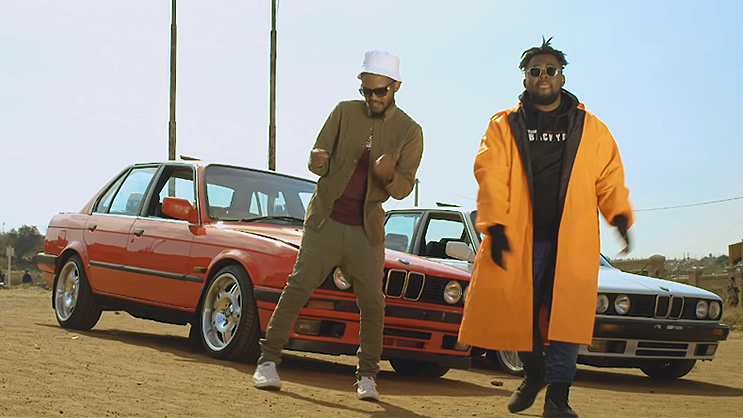 BigStar Johnson has linked up with Kwesta to release a new single ‘Sgubu’ together with the music video.
The release comes just weeks before BigStar drops his debut album ‘Me & Mines.’

BigStar Johnson’s Me & Mines album reflects where he’s currently at as a musician as well as in life. He found a home at Vth Season after winning the inaugural Vuzu Hustle in 2015 which has seen his journey and brand grow from captivating audiences in the East Rand to getting the attention of the who’s who in music in Cannes, France.

“Me & Mines is a true musical project that many will look back at and reference as a classic album. We’ve been on this journey with BigStar Johnson for 3 years and it’s a full circle moment for all of us at Vth Season to release his debut album,” expresses Raphael Benza of Vth Season.

BigStar Johnson shares: “Currently I’m at a place where I’m the most comfortable I’ve ever been in the industry. And I’m finally at a place where I feel I can express myself. I’m hella excited about the future and what it holds for me.”

Watch the new music video below: