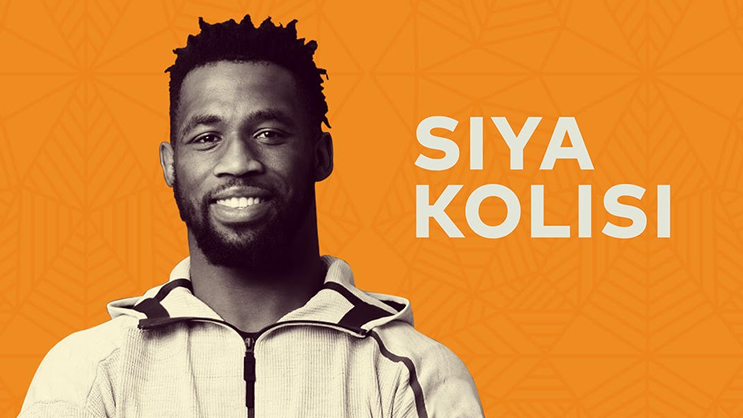 Siya Kolisi has been announced as Global Citizen: Mandela 100 Advocate with key focus on Hunger & Nutrition.

Siya Kolisi will become an advocate for the Global Citizen Festival: Mandela 100, a free-ticketed event on Sunday, 2 December 2018 at the FNB Stadium in Johannesburg, South Africa.

In his role as an official advocate for Global Citizen Festival: Mandela 100, he intends to focus on hunger and education, both of which are very close to his heart.

“Hunger is huge for me because I grew up with hunger” said Kolisi. “Global Citizen will have a profound impact on both present and future generations of South Africans through its ongoing skills training programme. This is fundamental to creating a world free of extreme poverty, especially in a country like South Africa, in which over 50% of young people between the ages of 15 and 25 are unemployed.”