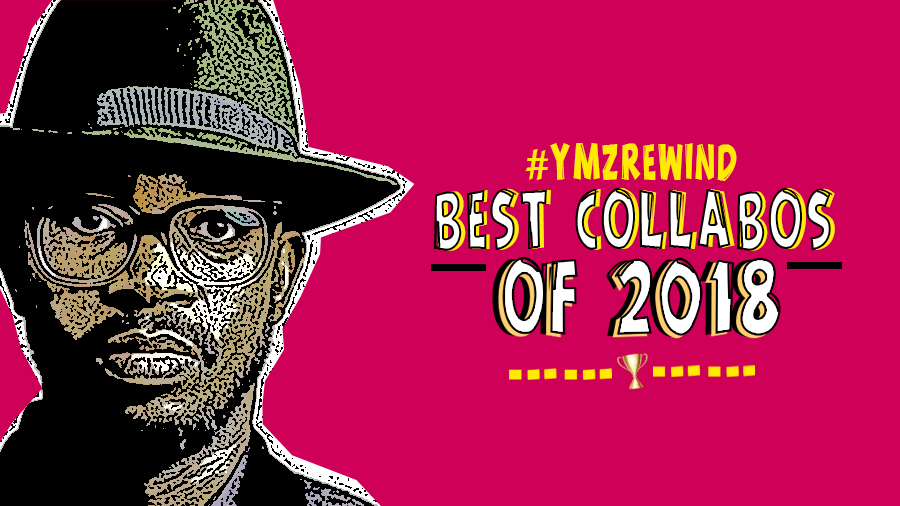 This year was just like last year; bringing some hot surprises when into comes to local music collaborations.

We saw fresh new talent getting a blast in this same year, while some of our favorite acts were cooking some magic to present so memorable collaborations.

Looking back, we got served with good collaborations from stars including AKA, Kiddominant, Kid X, Shekhinah amongst others, including breakout efforts from Mlindo the Vocalist, Boity, DJ Sumbody and a bunch more. As much as it wasn’t easy for us to put together the finest list of 10, we had to leave out some.

Here are Top 10 collaborations of 2018 (in no particular order):

Shekhinah has decided to do a remix for her 2017 smash jam ‘Suited.’
On this one, she hooks up with Naija superstar – Mr Eazi who brings on some very sentiment flava to this song. The remix gets a total makeover from the beat and elements we heard on the original, introducing more deep and mellow sound. And how can we not appreciate Mr Eazi’s flava which gives this remix a tasteful groove, more soulful and vibey.

Sjava debuted ‘Abangani’ back in June collaborating with label mates, Emtee and Saudi. The song delivers a strong message – Sjava rewinds back to his struggles also touching on how friendships can be a bad influence, but shine light at the sametime. The trio lay down heavy lyrical content flipping between English and Zulu on the mellow and soulful afro-pop beats and a well-orchestrated production. The single appears on his 4-track Ep which released earlier in July.

The single is part of David Guetta’s seventh studio album, 7, which released in September. In recent interview, Black Coffee explains how the whole experience of working back and forth with David Guetta was and putting the song together.

“The fight was very diplomatic” he expresses.

“We knew it’s not gonna be easy, like doing the song it was quick, but I knew the real journey begins. Even the intro, that’s why we have two releases because he likes to start a certain way.”

Talk about giving classics a vibe! Bigstar linked up with Rouge to put local flava on Donell Jones’ 1999 classic ‘U Know What’s Up’. The production of this jam, does not take away much and still carries that old skool vibe with mellow and chilled groovy beats. But more nicer, the combination of Bigstar and Rouge laying down the heart-soothing verses and hook. This is one in many clean remakes and a worthy collaboration, and how can we not admire an R&B offering from our very own Hip-Hop acts.

NaakMusiq has collaborated with songbird, Bucie to put new groovy sound on CJB’s old time classic ‘Party Weekend.’ Naakmusiq and Bucie’s combination on the song showcases how both are mad talented on vocal delivery. And that’s complemented by the whole song arrangement, instruments and the melodies.

Boity Thulo stepped into the music scene with the release of her first single titled “Wuz Dat,” which features the Hip-hop superstar Nasty C.

Getting into the music scene comes as no surprise as Boity has been known to be a hip-hop fan and this goes back to when she took the stage alongside Nasty C at the Migos concert in 2017.

‘Wuz Dat’ paved way for Boity, because of it’s heavy production. Produced by Nasty C, the song offers a new fresh approach to Hip-Hop hardcore fans. Boity leaves no space for games and slams hard on the bars making the song more vibey and easy to flow with. Having a new comer to the scene versus Nasty C who has been dropping bars since, easily makes this collaboration a solid release.

AKA – Fela In Versace (feat. Kiddominant)

AKA’s delivery on this one takes reign for coming up with such a brilliant collaboration for the Hip-Hop scene. That alone deserves a major credit. AKA’s collaboration with Kiddominat can be described as a masterpiece or even magical. The production of the song is well-orchestrated from the vocal work, laying down of beats, and other elements making up this sing-along anthem. The song also takes recognition because of its stamina to become a timeless classic and age well in years to come.

Newcomer to the scene, Mlindo The Vocalist broke into the scene with a number of collaborations. He broke the scene with ‘AmaBlesser’ (feat. DJ Maphorisa) and ‘Macala’ (feat. Kwesta, Thabsie and Sfeesoh). Another hot collaboration that took listeners by heart is ‘Egoli’ with Sjava.
The song offers a soothing and mellow sound with Afro-pop groove. The song appears on Mlindo’s debut album ‘Emakhaya’ released back in September.

Kid X called on Shwi Nomtekhala and Makwa to deliver an excellent local flavored jam ‘Mtan ‘Omuntu’. A very rare type of collaboration, knowing Kid X who has been consistent with that kasi rap sound which most of times it’s kwaito-influenced. Shwi Nomtekhala lay down the Maskandi flava so well, making the entire sound of the song easily relate to both traditional music and rap fans.