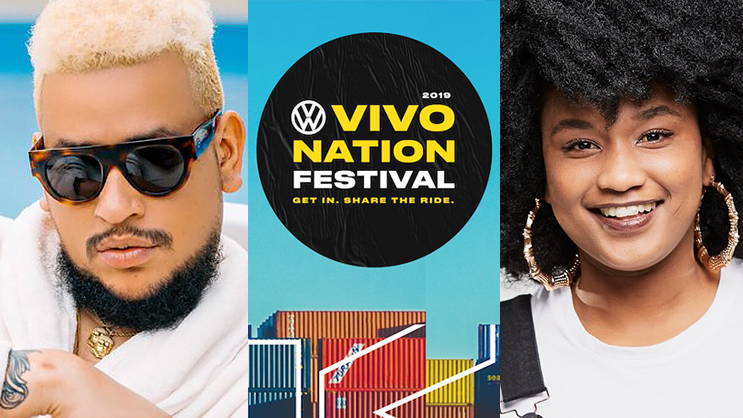 This year’s festival will take place for two days; 06 and 07 April 2019, again at The Container Yard (Johannesburg). Fans can look forward to an unmissable weekend of music, food, friends, high octane, tyre-screeching fun and new experiences, brought to you by the Volkswagen Polo Vivo.

“VW VIVOnation 2018 was a massive success, from the pre-launch awareness to the launch event itself. Not only did it help drive sales for the new Polo Vivo, it reinvigorated the love for Volkswagen and the Polo Vivo brands,” says Martina Biene, Head of the Volkswagen Brand.

“We are excited to be bringing fans of the brand another incredible VW VIVOnation, which also scooped a 2018 Loeries finalist nod for its innovation – and we plan to top that at this year’s festival.”

Last year, thousands of fans joined the VW VIVOnation and enjoyed the ride of the newly launched Polo Vivo, which was the number one selling passenger car model in South Africa in 2018. This year, we are doing it again. Over 100 containers will be moved around The Container Yard and repurposed to create a bespoke festival layout and experience. Fans will get to enjoy exhilarating rides around the Vivo autocross track and sing their hearts out to win a road trip in the Vivo lip sync competition. A few firsts will include a beach bar, lifestyle pop-up shops and a fresh selection of food and drinks stalls.

As a proudly South African brand, Polo Vivo has curated an exceptional line-up of the biggest and hottest names in music from across the country, all on one stage: AKA, Sho Madjozi, Shane Eagle, Busiswa, DJ Maphorisa, Rouge, DJ Kent, Simmy , Sjava, Mlindo The Vocalist and DJ Zan-D. 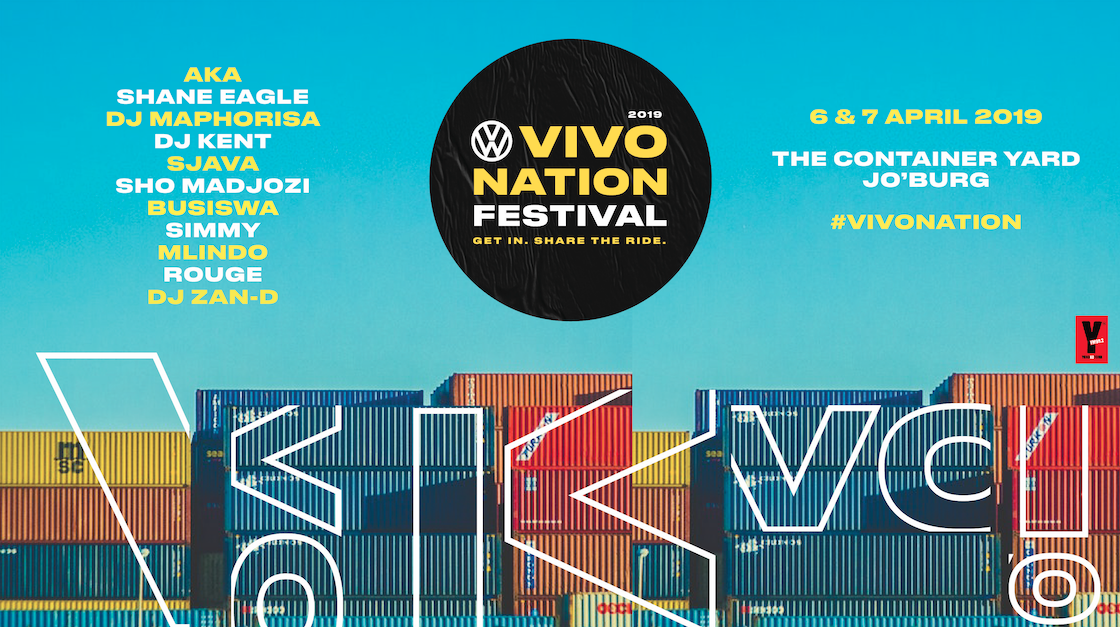 AKA. “The Supa Mega” is undeniably South Africa’s best rapper and entrepreneur who has spent the last six years pushing boundaries in the African hip-hop scene with a series of killer singles and albums. The “Vela in Versace” hitmaker will perform at VW VIVOnation on both festival days.

Sho Madjozi. A prolific rapper and poet. Known for rapping in her native tongue Tsonof, she gained prominence after releasing the hit single “Huku” and was featured on Okmalumkoolkat’s “Ngiyashisa Bhe” and “Gqi”, as well as on DJ Maphorisa’s “Probleme”. Sho Madjozi released her debut album Limpopo Champions League in December 2018; it features guest appearance from Kwesta, pH, Makwa.

Shane Eagle. After recording for over a year and a half and pushing himself to spaces that no hip-hop artist dared to go, Shane Eagle delivered his long-awaited debut album “Yellow” which added a new dimension to the South African music industry. Shane Eagle also recently collaborated with Volkswagen for the new launch of Polo.

Busiswa. She gained public recognition as a feature on DJ Zinhle’s track, “My Name Is”, after being discovered by Oskido, Busiswa has since gone on to release hits such as “Ngoku” and “Lahla”. Busiswa released her debut album, Highly Flavoured in 2017.

DJ Maphorisa. As a record producer, he blends house music and Afropop, he has worked with and has received production credits from several local and international notable artists including Wizkid, Kwesta, Uhuru, Drake, Black Coffee, Major Lazer, Runtown, C4 Pedro Era Istrefi, among others.

DJ Kent. One of South Africa’s most sought after producers and club DJ’s. He has also taken the clubbing experience to radio by enjoying radio residency as a mix DJ for just over ten years, gracing provincial and national radio stations with his “ultimixes”.

Simmy. A Neo-soul / Neo-folk music artist and has carved out a distinctive position in the music industry. She’s one of the country’s future stars.

Sjava. An award-winning recording artist and actor from Johannesburg and rose to fame in 2015 after the highly successful release of Miss Pru’s “Ameni”. He won the 2018 BET Viewers’ Choice Best International Act award.

DJ Zan-D (Zandi Ngwenya) is a radio and television personality. He has a weekly Thursday mix on YFM on their YTKO feature which he is doing now for the 3rd year. DJ Zan-D has deejayed at events with international acts such as the Kendrick Lamar concert, 2 Chainz concert, Wale concert and Keith Murray concert, just to name a few.

Get in on the action and buy tickets at www.vwvivonation.co.za for just R50 for either Saturday or Sunday* – and your R50 ticket will be converted into a free R50 food and drink voucher upon arrival. What’s more, there will be loads of spot prizes up for grabs throughout the day for ticket holders who arrive between 1pm and 3pm.

Note: You can buy a maximum of four tickets (one for you and up to three for your friends). Each ticket needs to be assigned to a unique email address at the time of purchase. Each person will be sent their ticket individually to the email address supplied (so make sure it’s correct).

*You can only get a ticket for either Saturday or Sunday, not both days.

AKA reaches out to WITS University crisis with a R100k donation and food
Papa Penny, Joey Rasdien and Moonchild join #RoastOfAKA