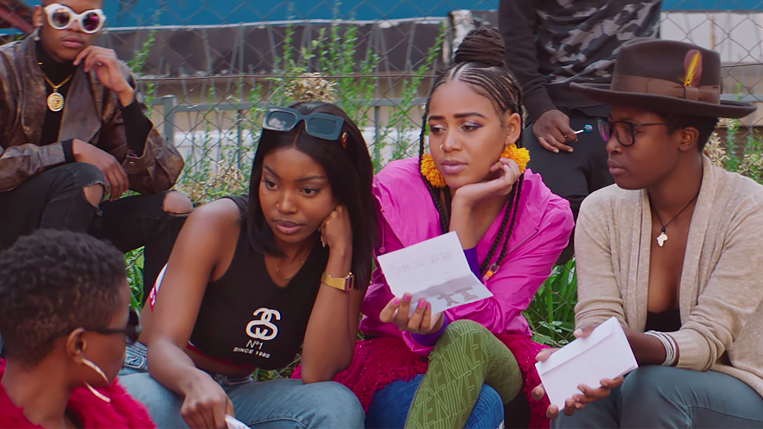 Sho Madjozi has released a new short film ‘Trickshot’ with a mesh of songs from her recent album “Limpopo Champions League”.

The short film is directed by Garth Von Glehn and stars Sho Madjozi, and was shot in downtown Johannesburg. Glehn says this is a film about , “a rural girl with special powers. Her powers exist for the most part undiscovered, but hints of them shine through in her superhuman accuracy, throwing all manner of things into weird and wonderful goals.”

The film celebrates love and basketball and is being delivered on Valentine’s day to her supporters as a gift of love. Sho Madjozi is currently in Charlotte, NC to participate in the NBA All-Star Weekend as an ambassador for NBA Africa.

The cast on the film include; Phezz, Thando Ntuli, Oratile Moh, Yung Tyran to name a few.

Check out the 5-minute long short film below:

Valentine’s Day Playlist: Top 10 local Love Jamz for this Valentine’s
STREAM: Riky Rick links with Mlindo The Vocalist in new love jam ‘You and I’