Connect with us
1.5k
SHARES 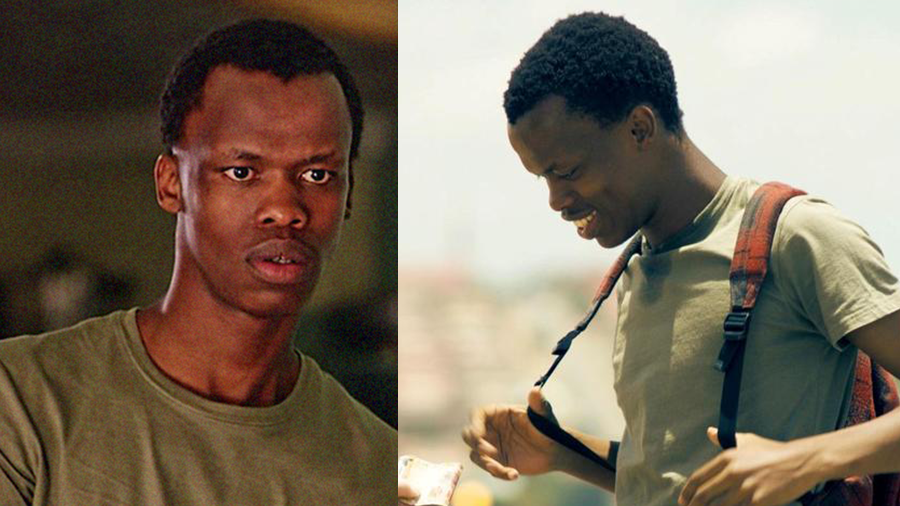 Sibusiso Khwinana, who plays the role of Lefa in the local film ‘Matwetwe‘ passed away on the night of Friday, 01 March 2019.

The funeral service will take place on Saturday, 9 March 2019, with the service starting (from 7am to 10am) at AFM Hilltop Restoration Centre (in Soshanguwe- 1288 Block K) and he will be laid to rest at Zadfontein Cemetery – Tshwane. 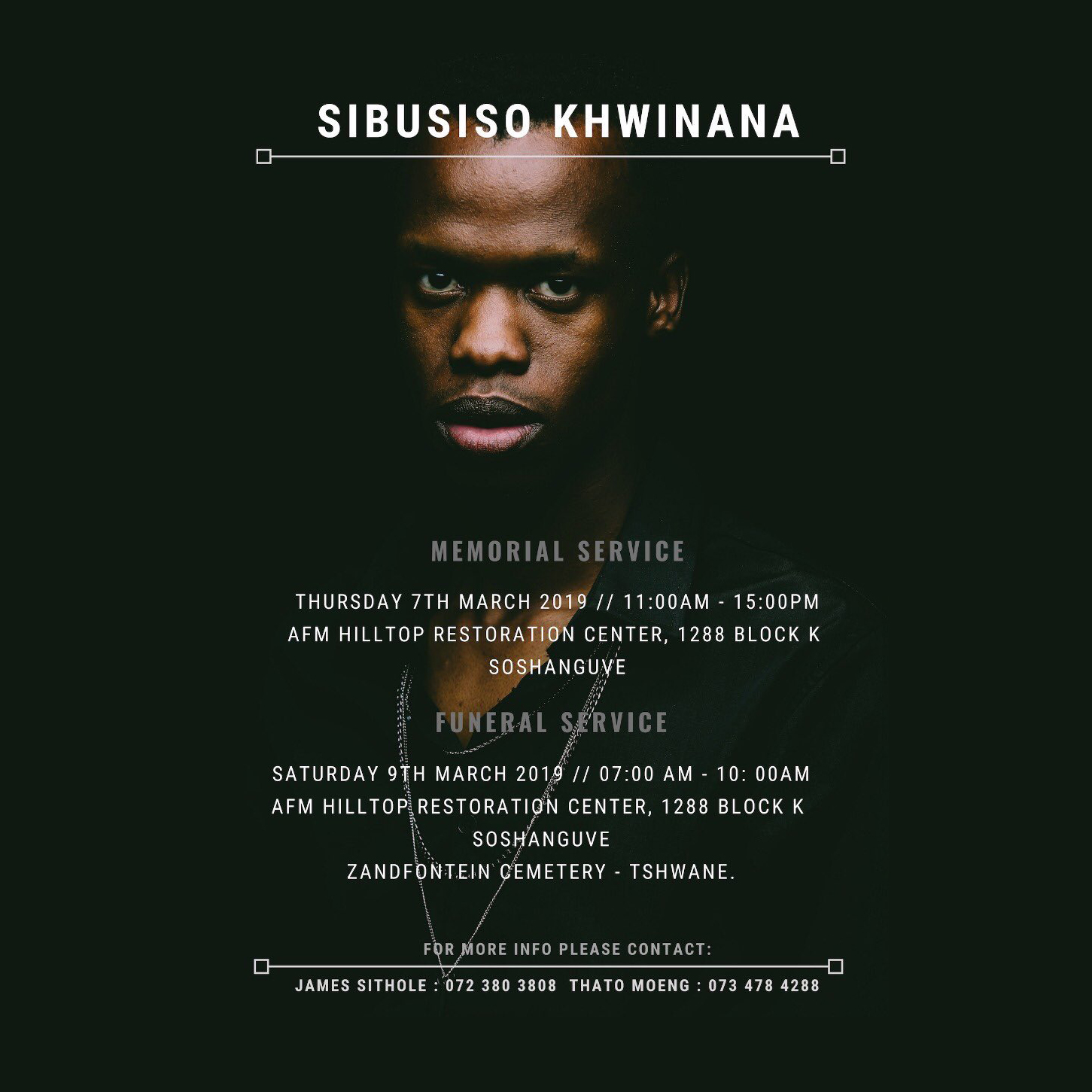 Sbusiso was allegedly stabbed to death in the Pretoria CBD in what is believed to be a robbery.

SAPS spokesperson Captain Mavela Masondo confirmed the incident and said the police have opened a case of murder and robbery.

“It is alleged that the deceased and his friend were at corner Pretorius and Steve Biko Streets when the deceased was accosted by the suspect who demanded his cellphone. As they were wrestling for the cellphone the deceased was allegedly stabbed with a sharp object on the upper body. He was certified dead on the scene,” Masondo said.

A case of murder and robbery is currently being investigated.

“No arrests has been made and police are appealing to anyone who might have information that can help in the investigation or in apprehending the suspect to please call the nearest police station or call Crime Stop on 0860010111,” he added. 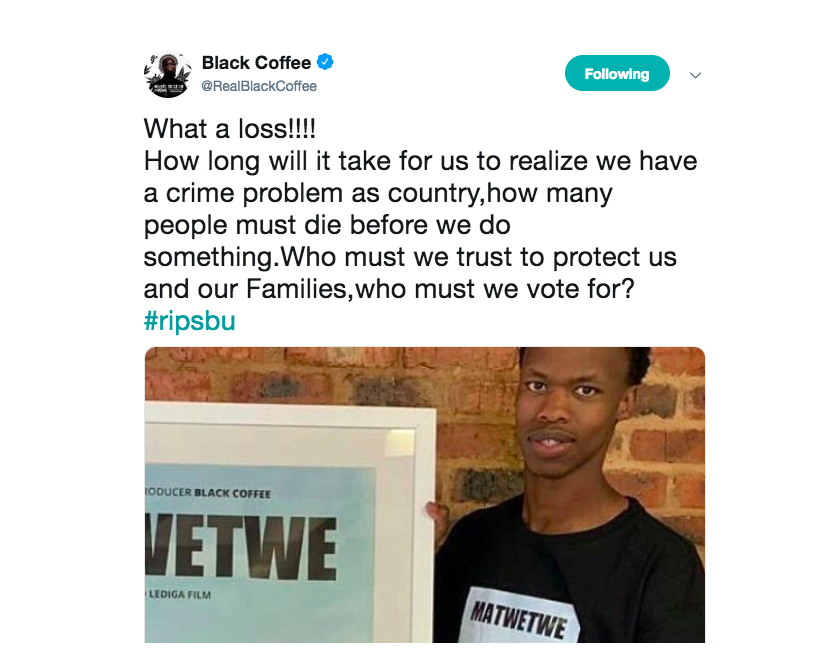 Other public figures have taken to social media to share messages of condolences.

A CLOSER LOOK: at PUMA SF RS-X Trophies ‘Ferrari’
#YMZShots: Our Favourite 10 Shots of the Week