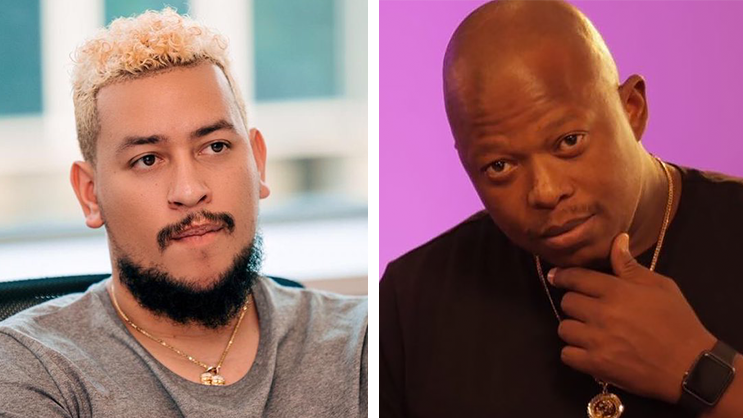 Following the viral video showing Mampintsha assaulting Babes Wodumo, many local celebrities and public figures have gone on to social media and shared their thoughts.

Celebs like Cassper Nyovest, DJ Tira, Sizwe Dhlomo, Boity, DJ Zinhle, Maps Maponyane, are some of the many that posted on social media slamming the act by Big Nuz star.

Now, AKA is not having it with just talking and no action. The SupaMega has challenged the public and celebrities to do something about the issue, rather than just picking up their phones and tweeting.

In a series of tweets, AKA expresses that people should atleast march to radio stations and music stores so they can stop Mampintsha’s music.

He further revealed that he will be speaking to close colleagues in the industry to see how they ‘ORGANIZE & MOBILIZE’ against this issue.

“SO … I’m going to speak to some of my colleagues in the industry to see how we can actually ORGANIZE & MOBILIZE against this issue. Let’s do something instead of just sitting there with phones in our hands.” 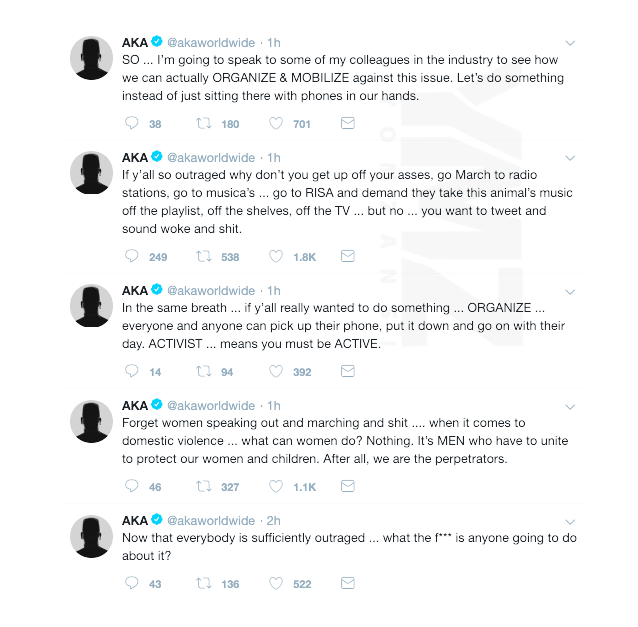 Mampintsha was then arrested on Tuesday (05 March 2019) for assaulting Babes Wodumo – after he handed himself to Westville Police Station.

Later that day he went on to open a case of assault against Babes Wodumo – playing the defence card. He was then granted bail of R2 000 after appearing at Pinetown Magistrate’s Court. He will return in court on 15 May 2019.

At 21, Kylie Jenner is the youngest self-made Billionaire
Taxify changes name to Bolt