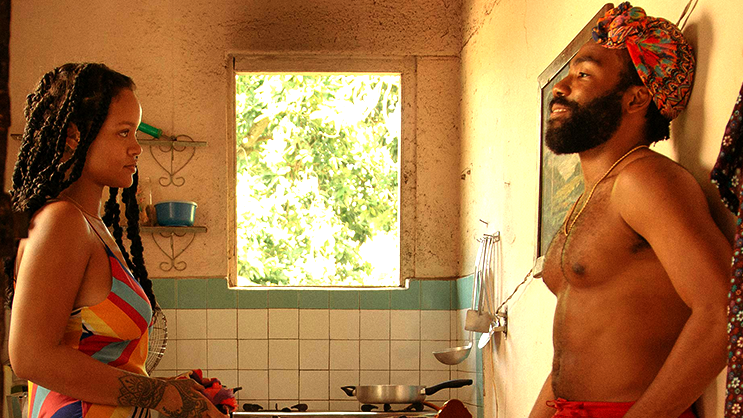 This is a bold release by Hiro Murai (has worked on Atlanta, This Is America), who directs the film, with a screenplay by Stephen Glover. The film was first screened at The Coachella Valley Festival this past weekend. It was premiered on Amazon Prime Video and was made available for anyone to watch for 18 hours before it was moved to subscribers.

Deni (Glover) plays a musician who plans a music festival to bring peace to his home. But a local businessman, Red Cargo is unhappy about this, scared it will drive his workers from his sweatshops. Kofi (Rihanna) is Deni’s girlfriend works as a seamstress. The film also features Gambino’s performances of Summertime Magic, This is America and Saturday.

Kofi (Rihanna) narrates the animated first part of the film, introducing the origins of Guava Island.

im going to be showing “Guava Island!” on saturday for free after my performance.

#YMZShots: Our Favourite 10 Shots of the Week
The Top 10 Best Sneaker photos of the week