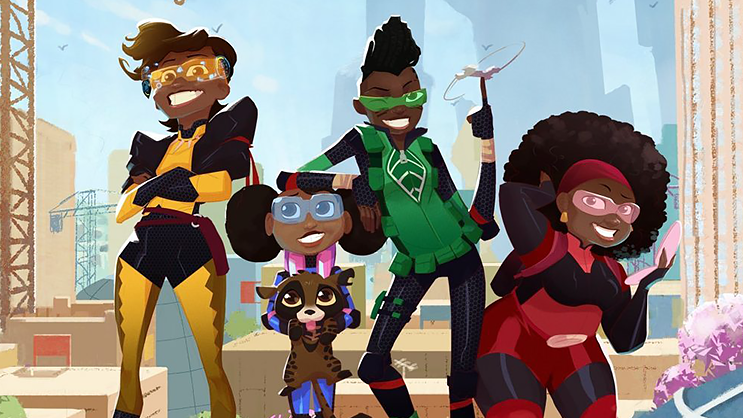 Mama K’s Team 4 tells the story of 4 teen girls living in the neo-futuristic African city of Lusaka, Zambia who are recruited by a retired secret agent still committed to saving the world. The series joins Netflix’s growing slate of original animated programming designed for kids and families everywhere, brought to 190 countries by artists from around the world.

Mama K’s Team 4 is created by Zambian writer Malenga Mulendema, who was one of eight winners in the Triggerfish Story Lab initiative in 2015, a pan-african talent search.

To join the creative team on the series, Netflix is collaborating with Triggerfish Animation studio and CAKE to launch a continent-wide search for local female writing talent.