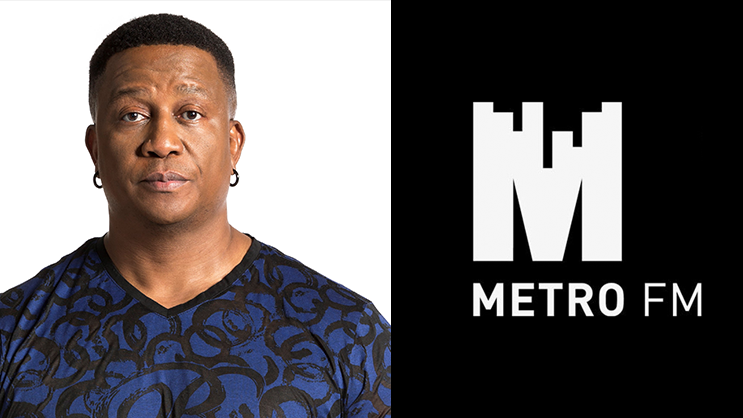 After being dismissed by the SABC, DJ Fresh has followed with a statement to confirm that he is starting a new show on 01 August.

Following yesterday’s statement of DJ Fresh announcing his headway with SABC – the broadcasting giant announced that it has terminated the contract of Mr. Thato Sikwane also known as DJ Fresh, with immediate effect.

According to the statement, the termination follows unsuccessful engagements between SABC Radio Management and Mr. Thato Sikwane, subsequent to his usage of offensive language on-air, resulting in the SABC being found guilty and sanctioned by the Broadcasting Complaints Commission of South Africa (BCCSA) for contravention of clause 6 of the BCCSA’s Code of Conduct. It further states that Mr. Sikwane was afforded an opportunity to remedy his contractual breaches, which he failed and/or refused to do. This conduct resulted in the irretrievable breakdown of the trust relations between the SABC and himself.

Continue reading the statement below:

In a letter dated 28 June 2019, Mr. Sikwane’s lawyers further stated “it is our client’s instruction that he must either return to work immediately, alternatively, that upon his commencement on the 15th of July 2019, it must be emphatically understood that no apology will be tendered”. This is contrary to Mr. Sikwane’s statement released on 08 July 2019.

Ms. Nada Wotshela, Group Executive: Radio stated “the SABC continues to be committed to ensuring sound governance and internal controls irrespective of an employee’s or freelancer’s position. The SABC will communicate in due course who will take over METRO FM’s breakfast show, and we are grateful to the team who have held the fort during this period.”

The SABC remains committed to enhancing the growth of its on-air personalities brands across all its platforms. This will be done in line with the SABC’s policies and procedures and it must be understood that when an Independent Contractor breaches a contract of engagement, the SABC will invoke the provisions of the same contract in line with consequence management. 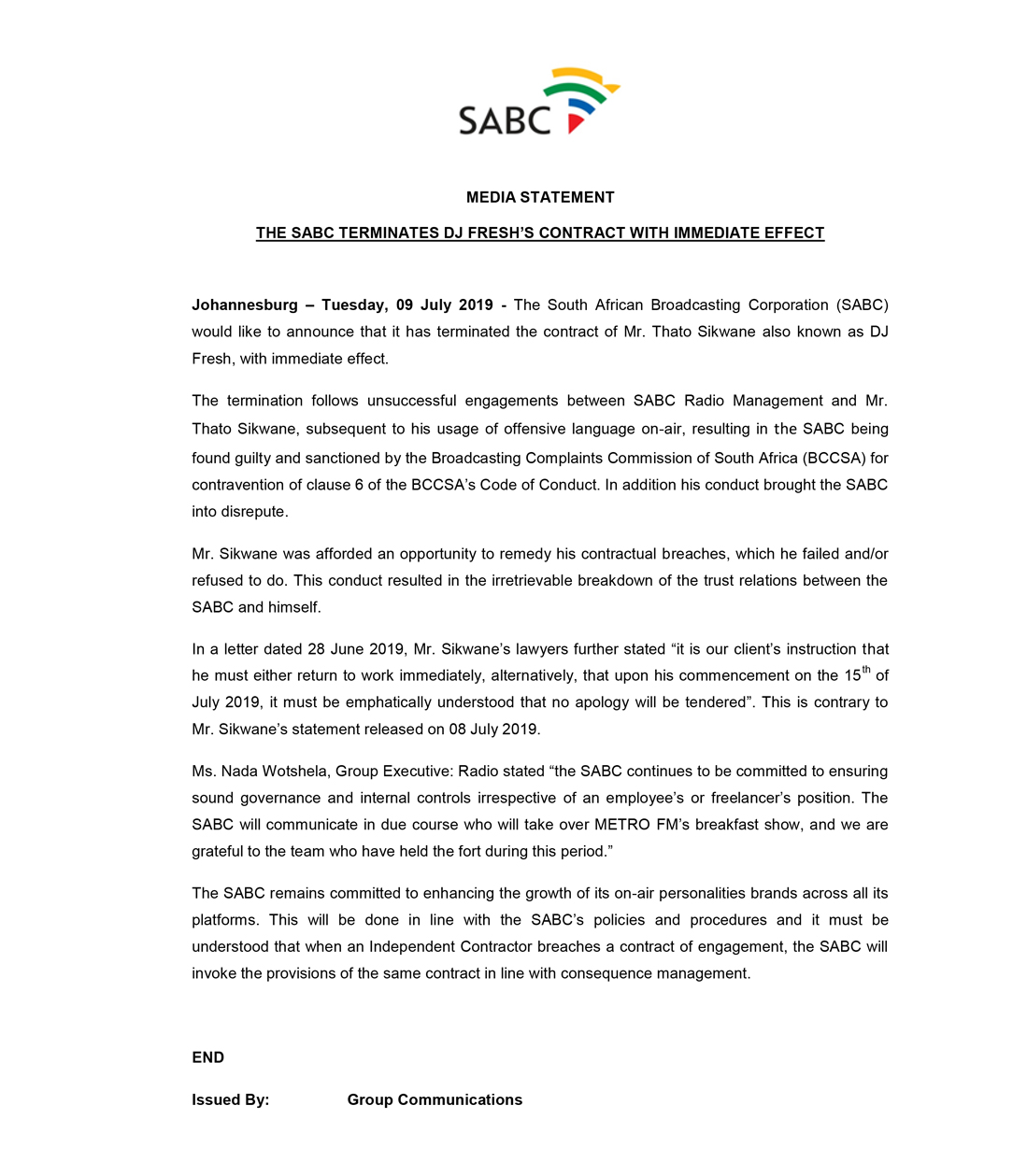 Radio heavy-weight – DJ Fresh who has been taken off-air (on Metro FM) for weeks now, has decided to release a statement and shed some light on the matter between him and the SABC.

Last week, the legendary jock posted a video and he explained that the silence is all due to an impasse with the corporation (SABC) and cannot tell if the ‘impasse is breakable’.

According to the statement, SABC asked Fresh to issue a public apology and remain off-air for more than 2 weeks and ‘will restart work Monday 15 July 2019’. But the statement also states that he is still awaiting confirmation for the broadcaster to return to work – even after he agreed to apologize openly.

After an incident where DJ Fresh’s unfortunate choice of words were said on air, the SABC had to act accordingly and unscheduled him off air for two weeks while the national broadcaster was investigating with the BCCSA (Broadcast Complaints Commission of SA) regarding the matter at hand. A scheduled meeting between Fresh and the SABC occurred when the two weeks laps and Fresh agreed to apologize unreservedly.

The impasse between DJ Fresh and the SABC transpired when the national broadcaster requested that in addition to the two weeks Fresh was off air, the public apology he agreed to do; he must remain off air for an additional three weeks and will restart work Monday 15 July 2019. As of the date of publishing, Fresh is still awaiting confirmation on his return to work on Monday. Being booked off air for two weeks was punitive, no income for that duration was punishment enough. The additional three weeks off air feels purely punitive.

“I have been working on radio since 1992 and my passion for it has grown by the day. I have formed bonds with listeners and have loved watching my career grow. While I have had memorable moments on air, I have also had mishaps. I am passionate about what I do. While my choice of words have not always been correct, I speak from the heart and keep it authentic. I would like to be back on air but don’t know when that will be.”- DJ Fresh