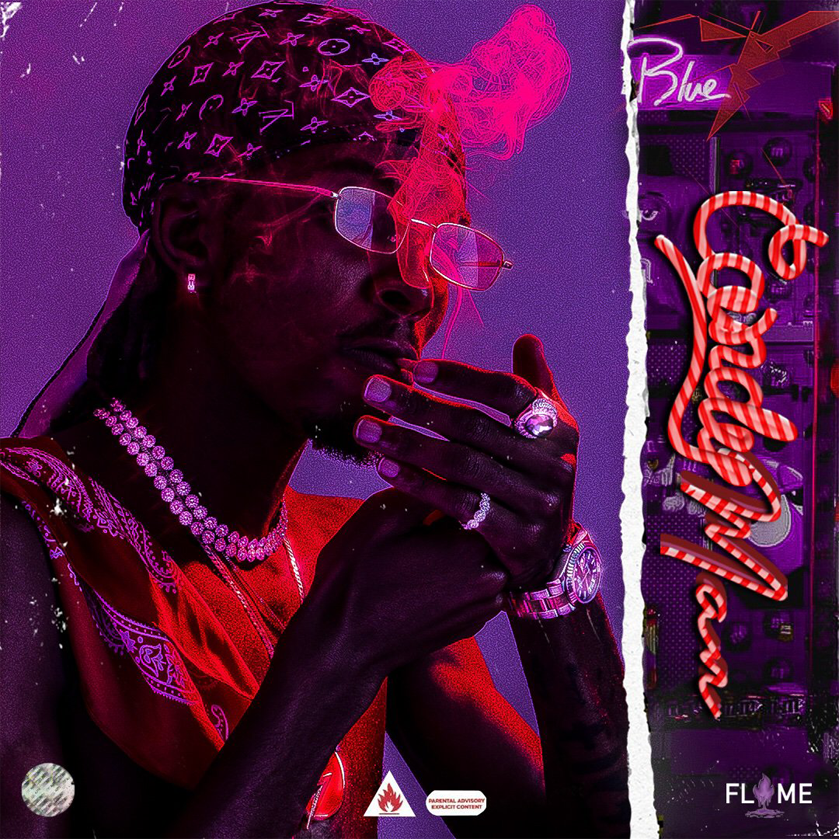 Flame takes on the solo journey after exiting the Wrecking Crew, following internal issues and money disagreements. The collective has pushed a number of solid projects and releases from crew members such as A-Reece, Ecco, B3nchMarQ, Flame, Wordz, MashBeatz and Tyga Bankz to name a few.

When it comes to production, Flame went all in to put together this solid project inviting producers such as MashBeatz, Zoocci Coke Dope, Big Les, Ecco, Elizee, Tybeatz and Johny Juliano to name a few.

“With CandyMan I was in a very good space, I was starting to feel better, so it was like some colourful, I wanted to call it Candyman because of the way the beat is, the way I went in and what I say .”

In this album, Flame made sure he gives it all from production to dropping fresh perspective in his story. Call this album a hip-hop release, but it comes nothing short of heavy bars, groovy beats, story-telling and soulful touch to it. Flame bears his story with beautiful raps on jams such as Pay Respect, How You Feel, Trees and Bad Chritians. But the sound also goes mellow and smooth on jams like Home Run, Don’t Bother, CandyMan, Late Nights and Ride For You

This marks Flame’s very first album and since he parted ways with Ambitiouz Entertainment and TWC.

The Top 10 Best Sneaker photos of the week
MOVIE OF THE WEEK: Fun-filled comedy ‘STUBER’ stars Kumail Nanjiani and Bautista