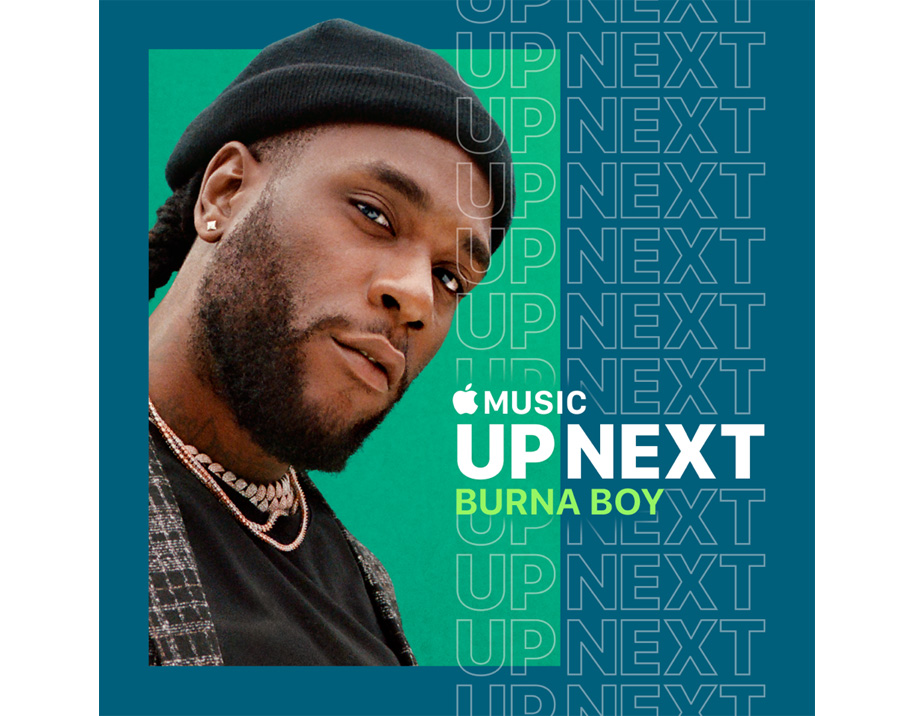 Apple Music has announced African superstar Burna Boy as its latest Up Next artist.
As the credited creator of the enigmatic new genre “Afrofusion” — the rich blend of Afrobeats, hip-hop, dancehall and R&B – the Nigeria-born singer and songwriter is among contemporary African music’s biggest stars and Apple Music is thrilled to be propelling his music to the world.

On July 23rd, Burna Boy will make his late-night U.S. debut on Jimmy Kimmel Live! as part of Apple Music’s Up Next program.

Burna Boy chopped it on Beats 1 interview with Julie Adenuga to talk music influence, touring the world and upcoming album.

His new single “Anybody” will be featured on his highly anticipated forthcoming new album African Giant, dropping on 26 July 2019.

“I’m super excited to be part of the Apple Music Up Next campaign,” said Burna Boy. “Apple continuously comes up with new initiatives to support artists globally and push the African culture. It’s an honor to be a part of this and with my African Giant album coming out soon, the timing is perfect.”

“My granddad was a DJ in Lagos; all the records would come to him first,” Burna Boy tells Apple Music in the exclusive Up Next short shot entirely on iPhone XS and available on 16 July.

“I would find myself being inspired by things that I’ve heard as a kid: Nigerian music or African music, some French music or some Jamaican music.” That education is reflected in the rich and adventurous Afrofusion that he makes today—not that he wants to take all the credit for it. “When it’s time for music to be made, it’s almost like my ancestors just come into me and then it’s them,” he says.

The latest Burna Boy music, along with that of his Up Next peers, is available now on the Apple Music Up Next playlist