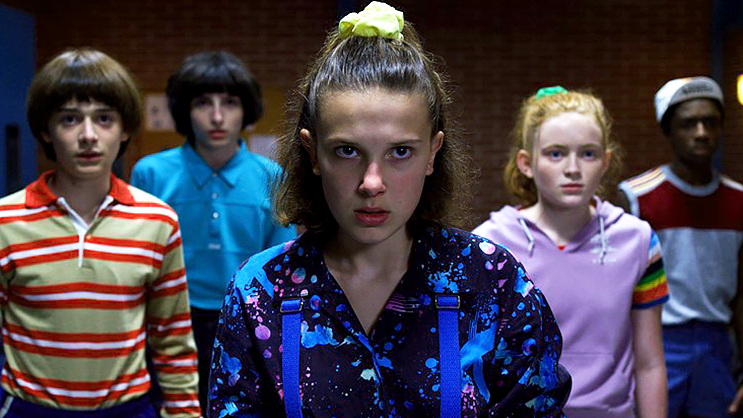 Netflix has another milestone to celebrate.
The giant streaming service has announced that ‘Stranger Things’ Season 3 has broken the viewership records. The third season which premiered on 04 July 2019 was watched by 40 million households in first four days, with 18 million-plus already having finished all eight episodes, Netflix reveals.

The series takes reign on the streaming service, as the most watched, more than any other film or series in its first four days.

It’s only recently, that the streaming service has started sharing their viewership numbers. Last month they announced that Murder Mystery was watched by plus 30 million accounts in its first 3 days.

40.7 million household accounts have been watching the show since its July 4 global launch — more than any other film or series in its first four days. And 18.2 million have already finished the entire season.