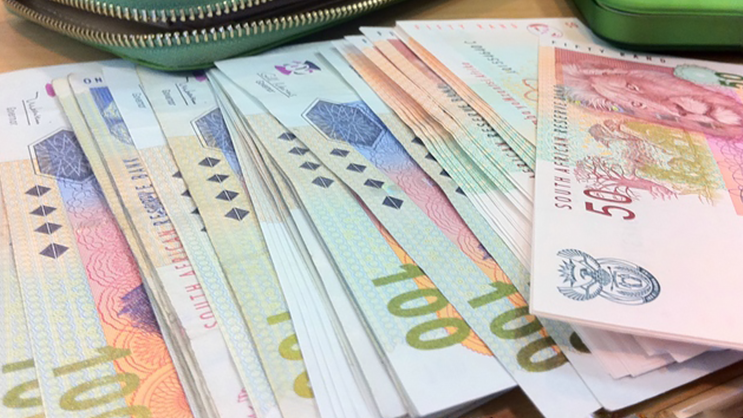 South African consumers are feeling the pinch as the sluggish economy and rising prices erode their ability to squirrel away enough for their retirement or a rainy day.

The annual Old Mutual Savings & Investment Monitor survey, which tracks shifts in the financial attitudes and behaviour of South Africa’s working metropolitan population, was released today in Sandton. The survey, conducted through face-to-face interviews with more than 1 000 households in metro areas, is a reliable barometer of sentiment and household financial management.

This morning we’re at the @OldMutualSA HQ in Sandton for their 2019 Old Mutual Savings & Investment Monitor (OMSIM) Results and announcement#KnowBetterDoBetter pic.twitter.com/QevXE94tvx

“There should be no surprise that we noted a significant increase in the number of households experiencing financial stress,” comments Lynette Nicholson, research manager at Old Mutual.

“This year’s survey shows an average 25% increase in households suffering major stress due to money issues. ”

“Lower income households are under the most pressure but it is certainly significant that middle to upper-income families are showing higher levels of financial stress as well.”

Only 7% of respondents say they are living comfortably, while 29% say they are ‘doing alright’.
Nearly a third feel they’re just getting by, followed closely by 29% who are ‘finding it difficult’.

Probably the most disturbing trend this year is that saving for emergencies, at 30%, is the lowest since we started publishing our report 10 years ago. This is down from 43% last year.”

Another sign of the detrimental impact to saving on cash-strapped households is the decline in saving for education. This year’s study shows that only 45% of parents are doing so, down significantly from 63% in 2010.

Views on long term saving reflected that 33% of respondents said that saving for the future is not a priority for them right now. This is up from 22% only a year ago,” said Nicholson.

There is still a fairly heavy reliance on personal loans in most households. The report shows that personal loans from financial institutions has climbed from 14% last year to 19%, with the highest incidence, at 25%, amongst Generation X consumers (born between 1965- 1979).

“Borrowing from family and friends rose from 10% to 17%, with 18 to 30-year olds the primary culprits. These attitudes are reflected to a certain extent in the borrowing and repayment behaviours of many households,” Nicholson points out. “Probably the most concerning insight is that loans from family or friends have grown quite sharply, while the irregularity of repayment of these loans has increased from 35% last year to 41% this year.”

“This is a unique feature of the economy and serves as both a destination for savings, as well as borrowings. This latter function appears to be growing in prominence, with 38% of respondents who are a member of a stokvel borrowing from their scheme this year,” Nicholson says.

Nicholson says these alternative structures remain popular within certain segments of the population, and clearly serve a very real need.

“The 2019 Old Mutual Savings & Investment Monitor shows that average stokvel contributions, across all but one household income band, has risen. And quite dramatically in certain instances. For lower income households below R6 000, the monthly average of R543 could account for a tenth of their income. Meanwhile, the average for households with income above R40 000 a month has shot up to nearly R1 750 from around R1 100 last year.”

A far greater percentage (59%) of contributions in 2019 to short-term rotating stokvels is now held in cash, compared to 41% last year. This is significant given the dominance of these schemes as a vehicle for savings.

“We have also noted that these schemes are holding more of their contributions in cash, which could be in response to members needing funds more regularly or with a greater urgency. Cash holdings in rotating stokvels has grown to 59% from 41% last year.”

“We are committed to encouraging all South Africans to take an active interest in understanding their household finances, particularly with regard to saving for their future needs. Speaking to a financial adviser makes sense on so many levels, no matter your current financial circumstances or priorities. Even the most modest contribution to a long-term savings plan can make a considerable difference to one’s financial future.” Concluded Lynette Nicholson, research manager at Old Mutual. “