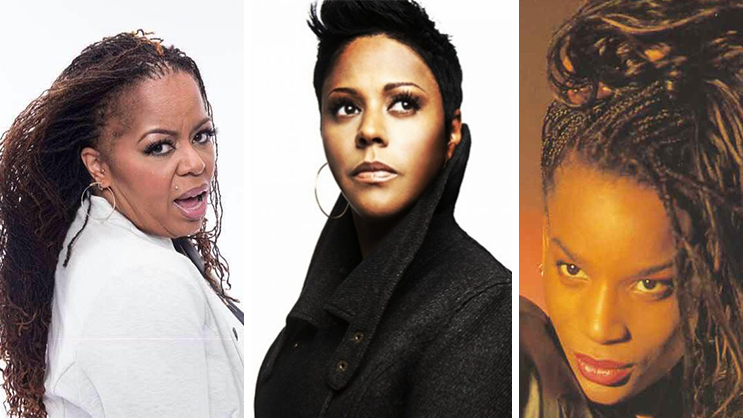 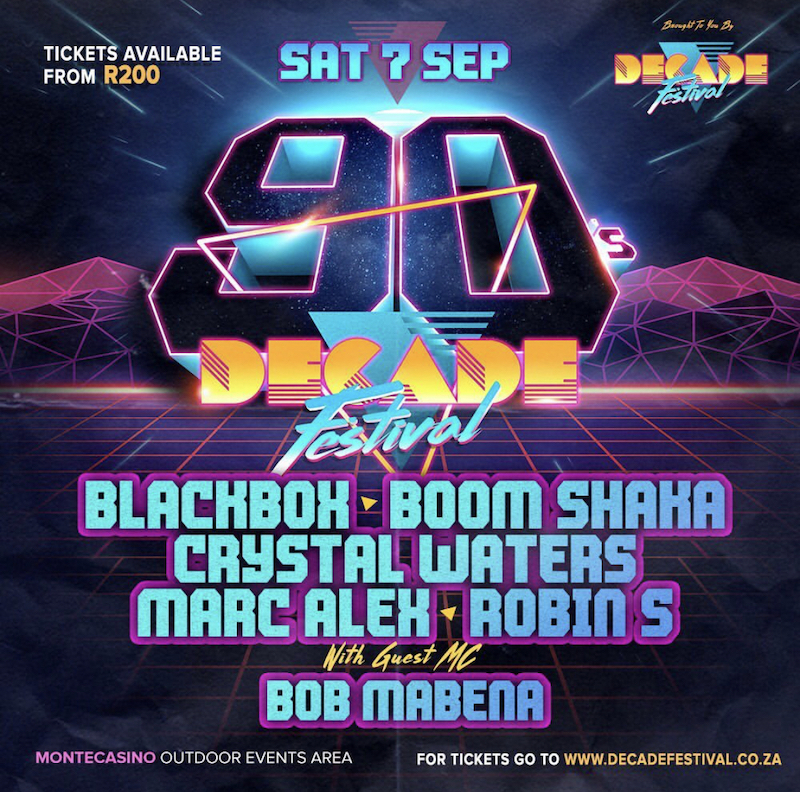 “Our first edition of the DECADE FESTIVAL promises to be an incredible day out. Musically, we have put together an unbelievable selection of the greatest and most iconic talents from the dance-floor & radio frequencies of the ‘90s in a concert setting to relive one magical night of the music that is the life soundtrack to so many of us. Tickets are already on sale and selling fast – make us you get yours now!” encourages Event Organizer, Guy Herman.

Tickets are already selling via howler.co.za:

New York’s own multiple awarding Robin S owned the dance floors with her hit single ‘Show Me Love’ in the ’90s. She has continued to make an impact across the globe with singles such as ‘Love For Love’, ‘What I Do Best’, ‘I Want To Thank You’ and ‘It Must Be Love’ as well as TV appearances and a string of tours around the globe.

One of the leading exponents of a wave of Italian house music that flourished on the dance floors of the late 80s and early 90s. they churned out more than a dozen singles a year. This included ‘Ride On Time’ which become one of the best dance selling records of all time.

CRYSTAL WATERS
Best known for 1991’s “Gypsy Woman (She’s Homeless)” and 1994’s “100% Pure Love.”, this multi award-winning musical genius gave us music to dance through all through the ’90s. She was a global sensation in the ’90s and still performs across the globe regularly.

Stimorol wants you to create your own wavy masterpieces with The Flavour Waves Creator
Busiswa, Moonchild Sanelly, Burna Boy & more feature in Beyoncé’s new album ‘The Lion King: The Gift’