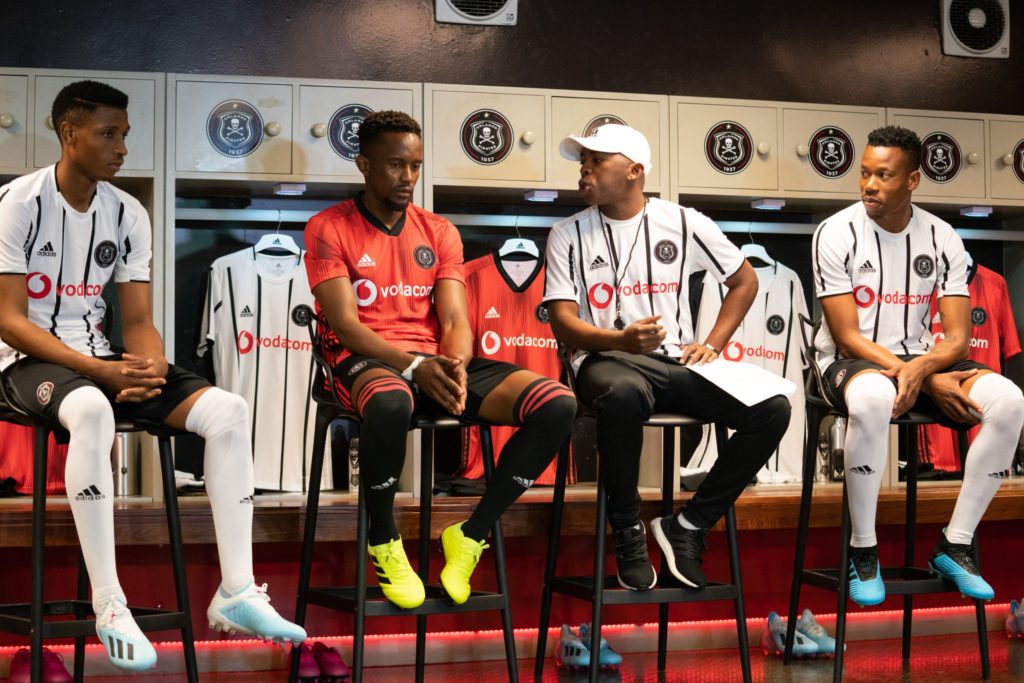 This week, the Buccaneers launched the new home and away kits ahead of the 2019/2020 season.

The last time Orlando Pirates wore a white home jersey with black stripes, they brought the country to its feet by being twice crowned kings of Africa in a purple patch of continental dominance following an improbable Champions’ League campaign triumph in 1995 followed by a Super Cup win in 1996.

Pirates’ new home shirt sees the return of the white colourway with black striping, which not only pays homage to the Club’s heritage and traditional colours, but also marks the first time that adidas has created a white jersey that incorporates black stripes.

For the away shirt, adidas has retained the red colour from last season, with inset black motifs, a black v-neck collar and the trademark three stripes down the sides of the jersey.

The new kit will be seen on-field for the first time on the 27th July, when the Mighty Buccaneers lock horns with Soweto rivals Kaizer Chiefs in the season-opening Carling Black Label Cup. 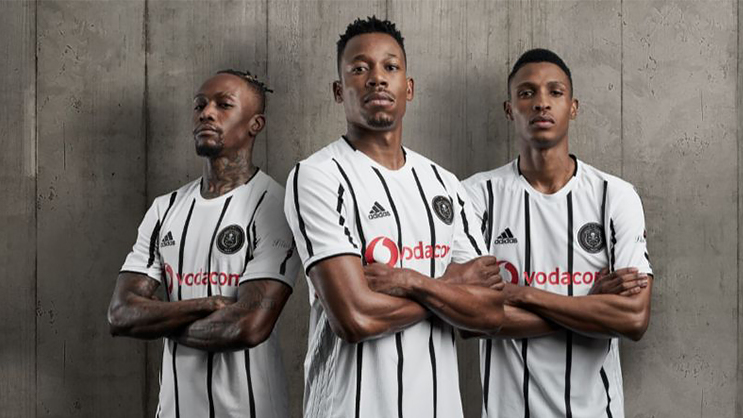 “We remember iconic players who sported this look and made their indelible mark on this great Club, setting the tone for what we went on to achieve since 1995. It’s with that very inspiration that we look to the class of 2019/2020, and hope that when they don this fresh look, they can draw from those icons and leave their own mark which will remain long after they are gone,” said Tokoloho Moeketsi, Orlando Pirates Brand Activation Manager.

The new Orlando Pirates kit will be available on 25th of July at the Pirates Shop at Orlando Stadium, and on 1st August in adidas concept stores and selected sports retailers across the country at a retail price of R799.