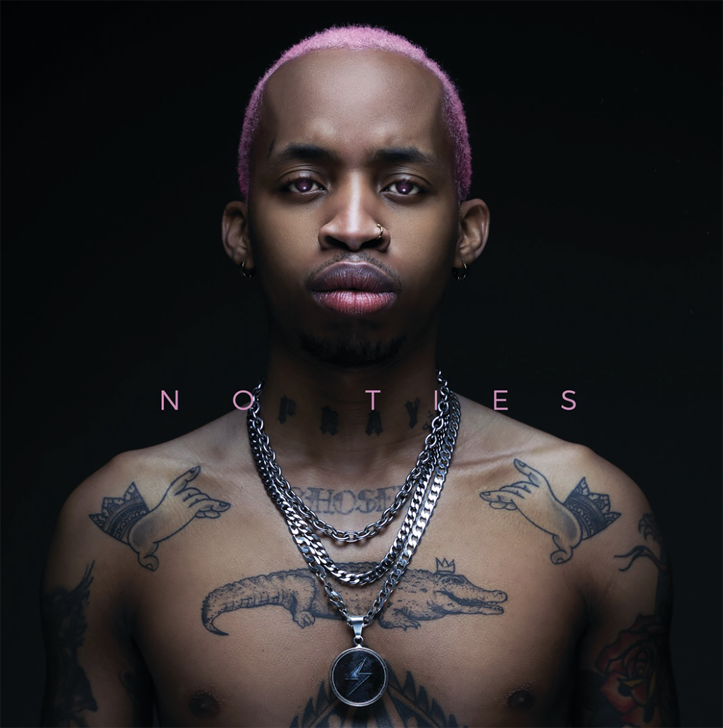 South Africa’s most exciting emerging artist TSHEGO has brought it all back to the music after fans have been urging the artist to release new music; ‘NO TIES’ is the first single from his debut album, Pink Panther due for release on 30 August.

Tshego is an exceptional Singer-Songwriter and Producer with a sound that will see you both on the dancefloor as well as have you feeling some type of way.

The versatile musician laces his vocals effortlessly on this joint alongside Limpopo’s favourite, King Monada, who sings in “Khelobedu” – a dialect of Northern Sotho language.

‘NO TIES’ is a Pop/R&B hit guaranteed to garner the young artist new fans and keep his day ones happy to finally hear new material. This is definitely 2019’s most unexpected collaboration that makes perfect sense.

“I wrote and produced ‘NO TIES’ and thought of who I could collaborate with that people wouldn’t expect, King Monada came to mind and he felt like the perfect fit. I had heard ‘Malwedhe’ which is a dope track; I knew I had to work with him. I dropped him a DM and we started talking. He chose ‘NO TIES’ from the two songs I shared with him. I then sent it to Alie Keys to put his things on and this is the outcome. Monada exceeded my expectations on this one, I am very happy. ‘NO TIES’ is still the old Tshego you love, I have just been through a lot and grown a lot”, says Tshego.