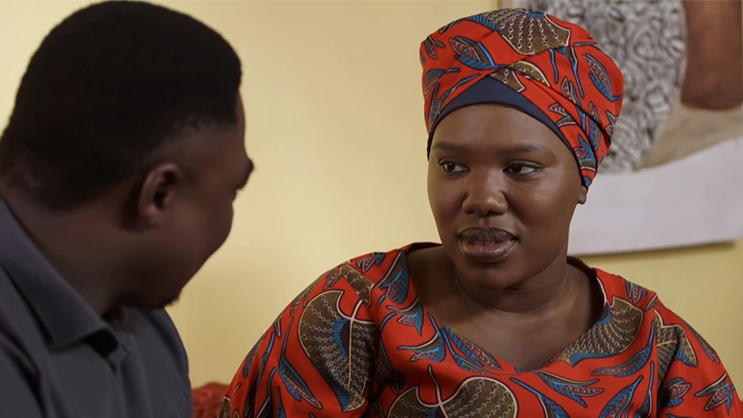 This is what’s coming up on Uzalo for August episodes.
Uzalo is a provocative, bold and authentic narrative that tells the story of two family dynasties, the Mdletshes and the Xulus, and the two young men who carry their hopes and legacy’s.

Monday 5 August 2019
Khathaza has finally come clean to MaNgcobo that he plans to take away from Nkunzi with everything he has, Gabisile is erasing all traces of Qhabanga in her life, there’s trouble in Kuvukiland and Nonka can’t stand the presence of their new guest.

Tuesday 6 August 2019
It’s a day filled with difficult choices as MaMlambo gives Gabisile an ultimatum and Nkunzi struggles to accept Zekhethelo’s choice of leaving the house.

Thursday 8 August 2019
Nkunzi gets cosy with Gabisile, Khathaza’s plan works out perfectly, Sbu is not comfortable with Fikile working for Khathaza.

Friday 9 August 2019
Gabisile decides to follow her heart instead of suppressing her feelings. Khathaza takes another loved one from Nkunzi.

Tuesday 13 August 2019
It turns out Dinekile and Khathaza know each other, Mr Mbatha inadvertently offers Qhabanga a solution, and Fikile almost gets into trouble at work.

Wednesday 14 August 2019
Dinekile stumbles upon some information regarding Khathaza, Qhabanga enlists MaMlambo’s uncle’s help, and Sbu fails to get Fikile the manager gig at the salon.

Thursday 15 August 2019
Dinekile sees something she shouldn’t, MaMlambo has her cake and eats it, and Fikile learns that Sbu was telling the truth.

Friday 16 August 2019
Nkunzi fails to convince MaNgcobo of his theory, Qhabanga is confused by Nkunzi’s deed and Fikile sees something she shouldn’t have.

Monday 19 August 2019
Nkunzi convinces someone to dig up some dirt on his sworn enemy. MaMlambo decides to prioritise the church by making a bold move.

Tuesday 20 August 2019
Khathaza uses his fancy car to capture Sibonelo’s attention. Gabisile disorientates Sibonelo and Nkunzi with her controlling ways. Fikile and Lilly both gun for a management position at the salon.

Wednesday 21 August 2019
Gabisile is relieved of all church duties, Zekhethelo fishes for information on Dinekile,
Nkunzi is turned down by Gabisile.

Thursday 22 August 2019
Gabisile gets ready for Nkunzi but he’s nowhere to be seen, and she feels like a fool.

Friday 23 August 2019
Njeza shoots at Sbu. Gabisile is stood up at dinner. Qhabanga is impressed by
Gabisile’s confidence.

Monday 26 August 2019
Gabisile moves out, Njeza is relieved he’s not dating Zekhethelo anymore and Lilly is outraged when she realizes Fikile stole her presentation.

Tuesday 27 August 2019
Nkunzi realises that he has no one, Khathaza lets Nkunzi into his home, Fikile loses hope when MaNgcobo insists on a hairstyle competition.

Wednesday 28 August 2019
MaNgcobo declares her undying love for Khathaza after declaring that she trusts him with her life and shows him the location of her hidden millions, Fikile loses the hair styling competition to Lilly, Nkunzi begs Gabisile return back home.

Thursday 29 August 2019
Gabisile has an ultimatum for Nkunzi, and Sbu realises happiness with Fikile is farther than he would have thought.

Friday 30 August 2019
Nkunzi shocks MaMlambo with his message, Gabisile gives Nonka some much needed advice, and Fikile resorts to dirty tricks to get what she wants.