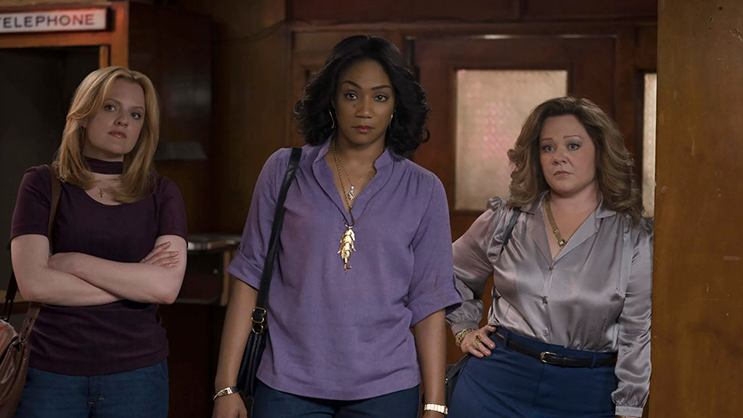 The Kitchen is another badass all-female movie you have to definitely watch and it will remind you of Netflix’s Good Girls series.
The movie is based on Vertigo comic book miniseries of the same name by Ollie Masters and Ming Doyle. The main cast is Melissa McCarthy, Tiffany Haddish, and Elisabeth Moss who take over organized crime operations in the 1970s in New York City’s Hell’s Kitchen neighborhood after the FBI arrests their husbands.

The Kitchen will debut in cinemas on 16 August.

#YMZShots: Our Favourite 10 Shots of the Week
The Top 10 Best Sneaker photos of the week