Connect with us
31
SHARES 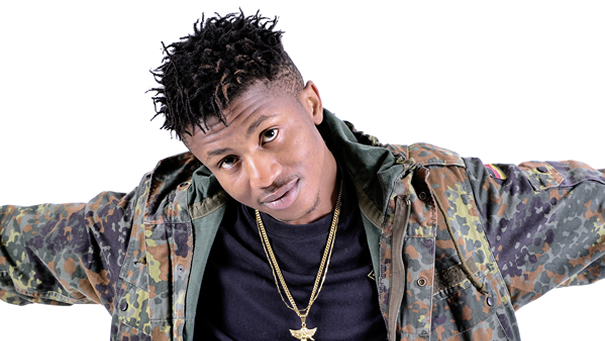 Emtee is the latest artist to say goodbye to Ambitiouz Entertainment, which is known for controversy with artists.

Months ago, it was reported that the rapper and the label are not in good terms, and the big question was why is Emtee not leaving.

Today, the rapper has confirmed with a statement to reveal that he has parted ways with Ambitiouz Entertainment after much back and forth.

“Over the past few months there has been a lot of speculation in regard to my position at Ambitiouz Entertainment. Following a long and in-depth reflection on my career as an artist, where I am now and where I see myself in the few years, I have made a decision that the time has come for me to now part ways with Ambitiouz Entertainment,” he expressed in a statement. 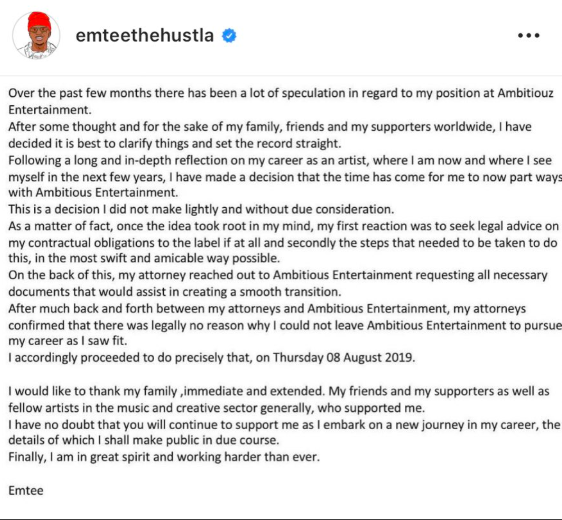 Emtee is not the only major artist who has exited the label.

B3nchmarq, Fifi Cooper, A-Reece
The label is no stranger to controversy and losing artists even after a massive fallout they had back in 2017, when they lost B3nchmarq, Fifi Cooper and A-Reece. This was one of the major exit the label suffered which was also an eye-opener for the industry.

Flame
Flame was another artist who left the label in 2017, even after solidifying his name in the game.

Amanda Black, Priddy Ugly
Back in 2018, Amanda Black also left the label, and according to a statement, Amanda and the label could not agree on certain terms which prompted her to seek a new team to help her grow her brand.

Later, it was reported that the singer has filed a R1 million lawsuit against the label and former boss – Kgosi Mahumapelo for breach of an exclusive management.

In the same year, rapper, Priddy Ugly announced his exit during an interview on Touch HD.

The label now remains home to artists such as Sjava, MissPru, Saudi, KLY, KidTini and Blaq Diamond to name a few.