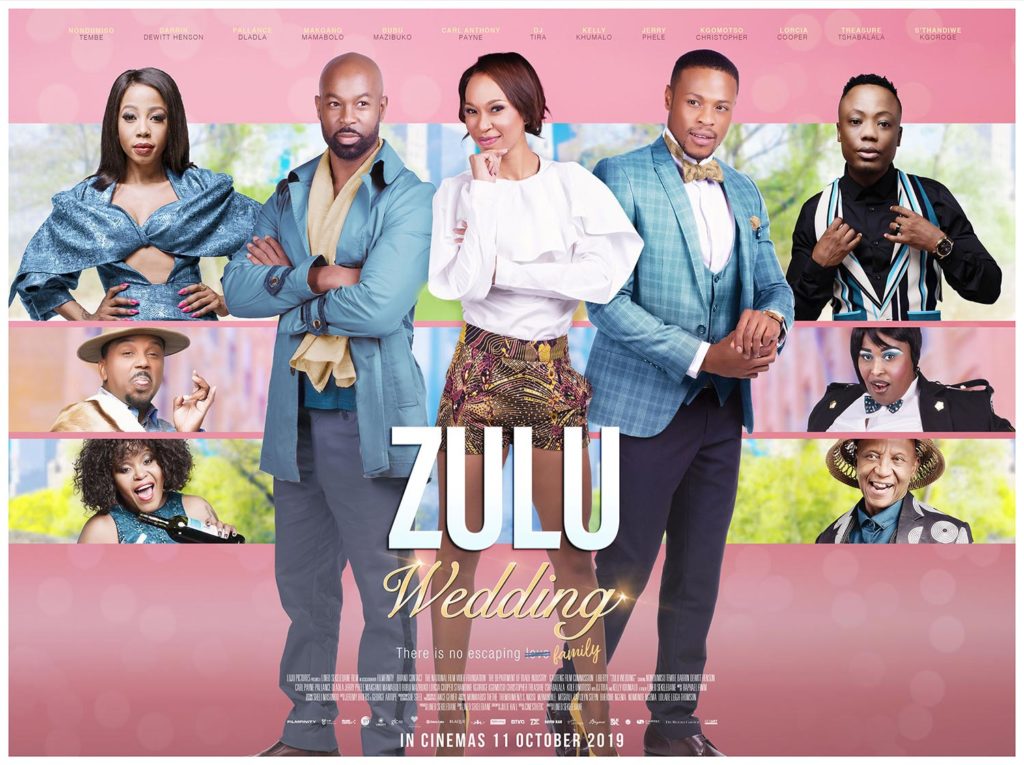 We bring you another hot local production Zulu Wedding as our movie of the week.
The movie is directed by Lineo Sekeleoane who also wrote the script together with Julie Hall.
The movie stars Nondumiso Tembe, Carl Anthony Payne II, Pallance Dladla, Jerry Phele, S’Thandiwe Kgoroge, Lorcia Cooper and Kelly Khumalo to name a few.

In this movie:
When LOU (28 years old) is told she’s been promised to the ZULU KING in marriage to repay an ancestral debt, she is forced to confront the tradition she’s been running away from since the death of her parents when she turned 15.

TEXAS WALKER (Tex), her American fiancée, is the only man she has ever fallen in love with. She decides to confront the King and convince him he doesn’t want to marry her. But when she prevails upon handsome royal advisor ZULU to help her get into the Royal Compound, he proves to be a dangerously seductive charmer.

Zulu Wedding will debut in local cinemas on 11 October 2019.
Watch the trailer below to get started: