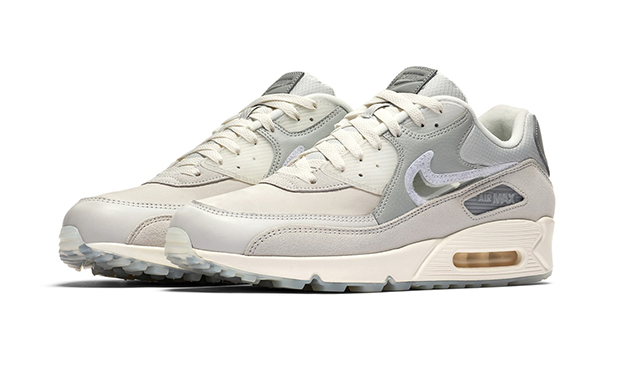 Debuting in 1990 and originally known as the Air Max 3, the Tinker Hatfield-designed Air Max 90 eventually was named after the decade ahead. At first celebrated by runners for its larger, faster-looking visible airbag, the sneaker later became a cross-cultural icon in the early ’00s. 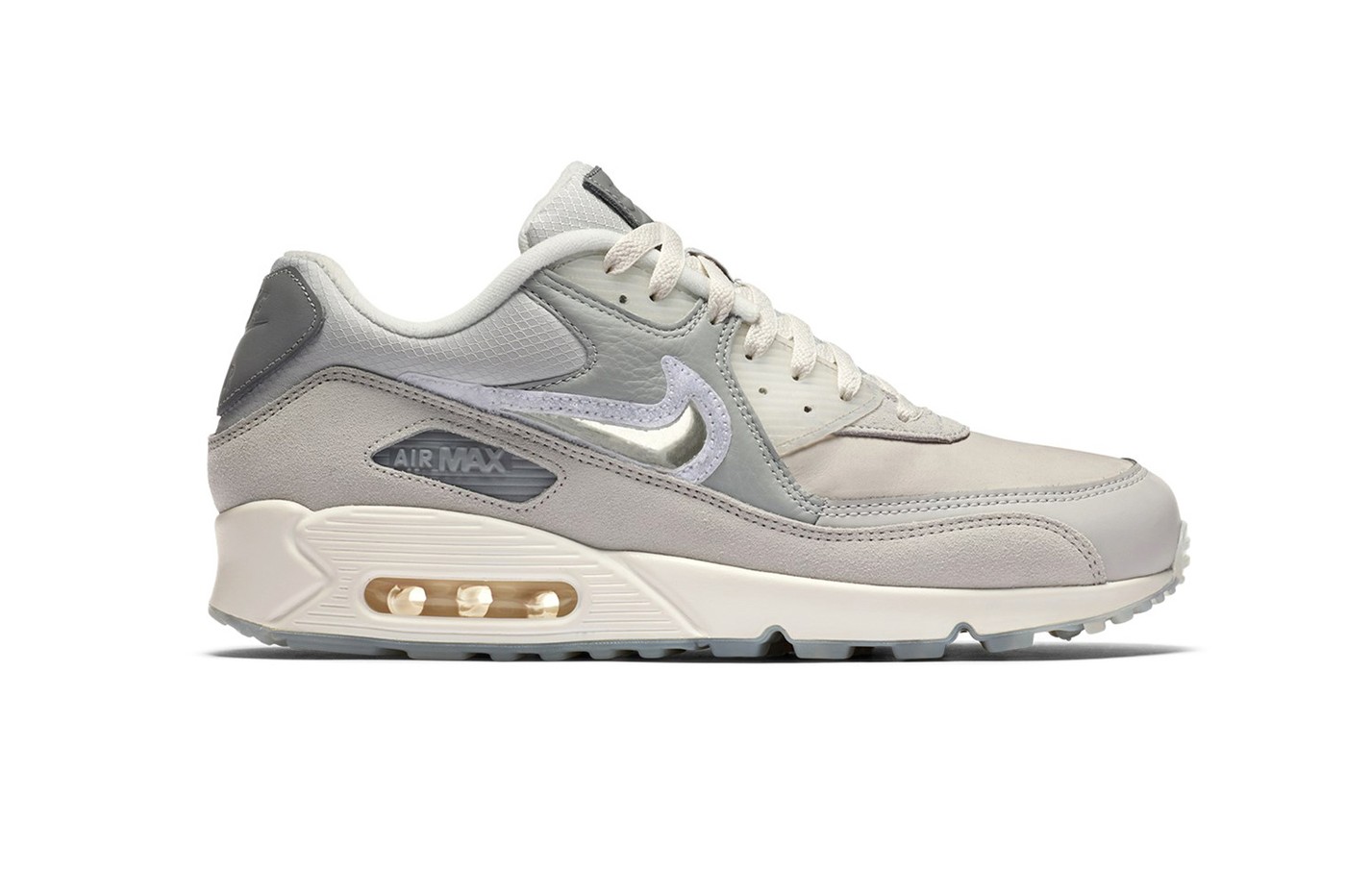 A group of young UK creatives, The Basement, formed a vibrant community by connecting through the Internet and the streets to ignite their passion for sneaker culture. After initially collaborating on a Nike SB Dunk Low in 2017, The Basement returns by expanding and deepening its communal ties through a special Manchester-inspired colourway of the Air Max 90. 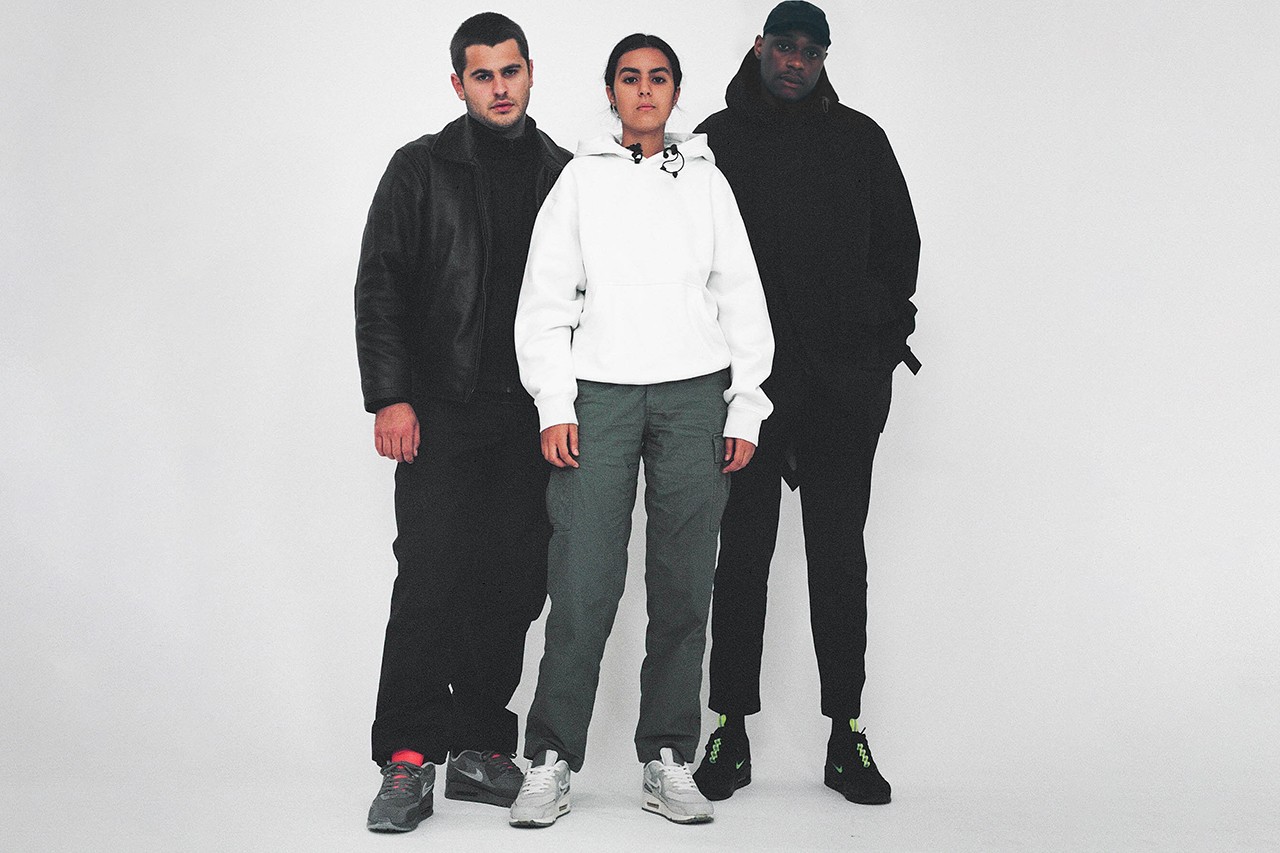 The third and final instalment of the Air Max 90 BSMNT Partnership is dedicated to the big smoke—London. Between the glass skyscrapers and concrete high-rises, the capital’s creatives continue to hustle, bringing together different cultures and styles to create that unique London vibe. It’s a city of a thousand tribes, but it feels like one big family. 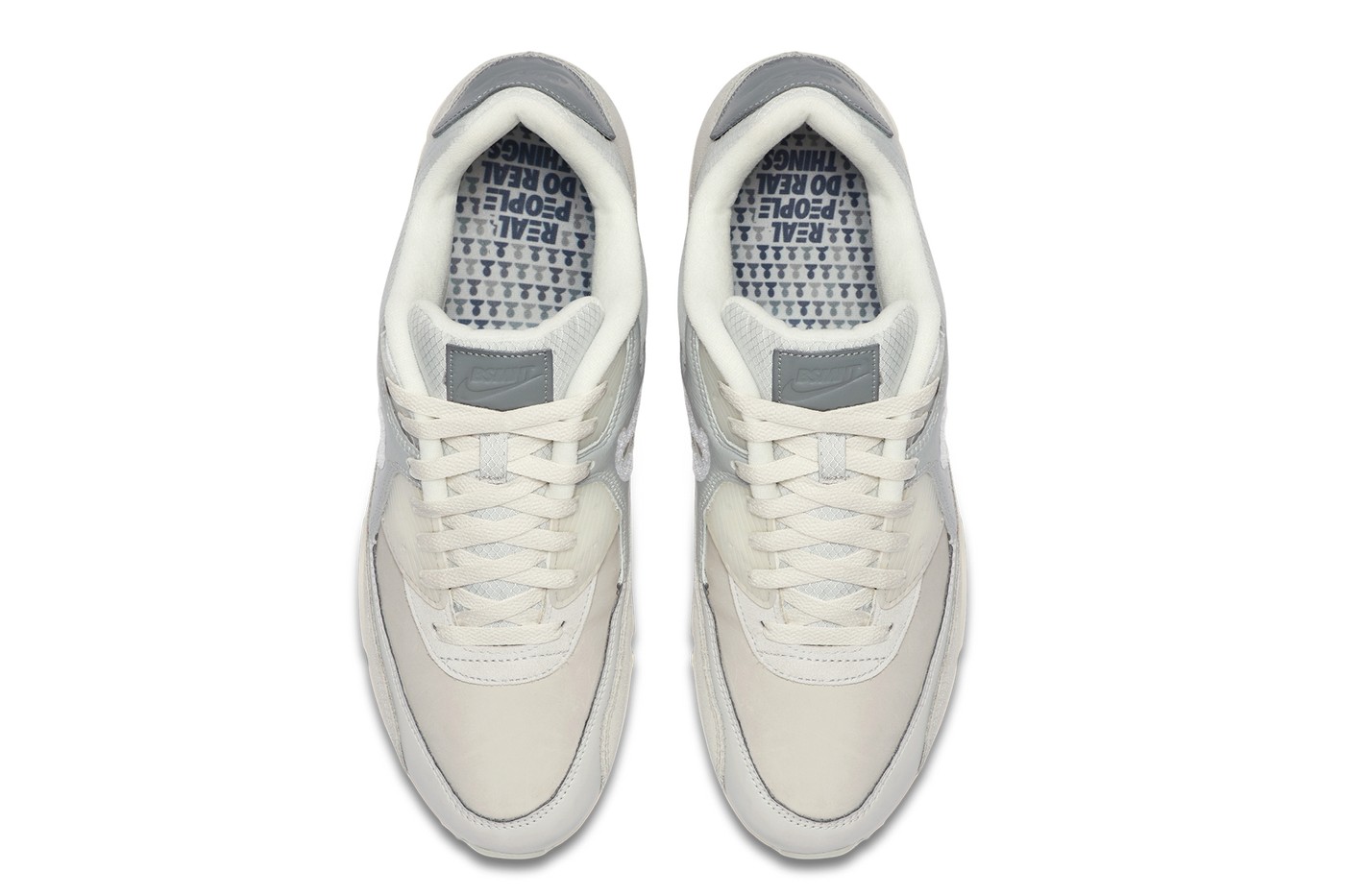 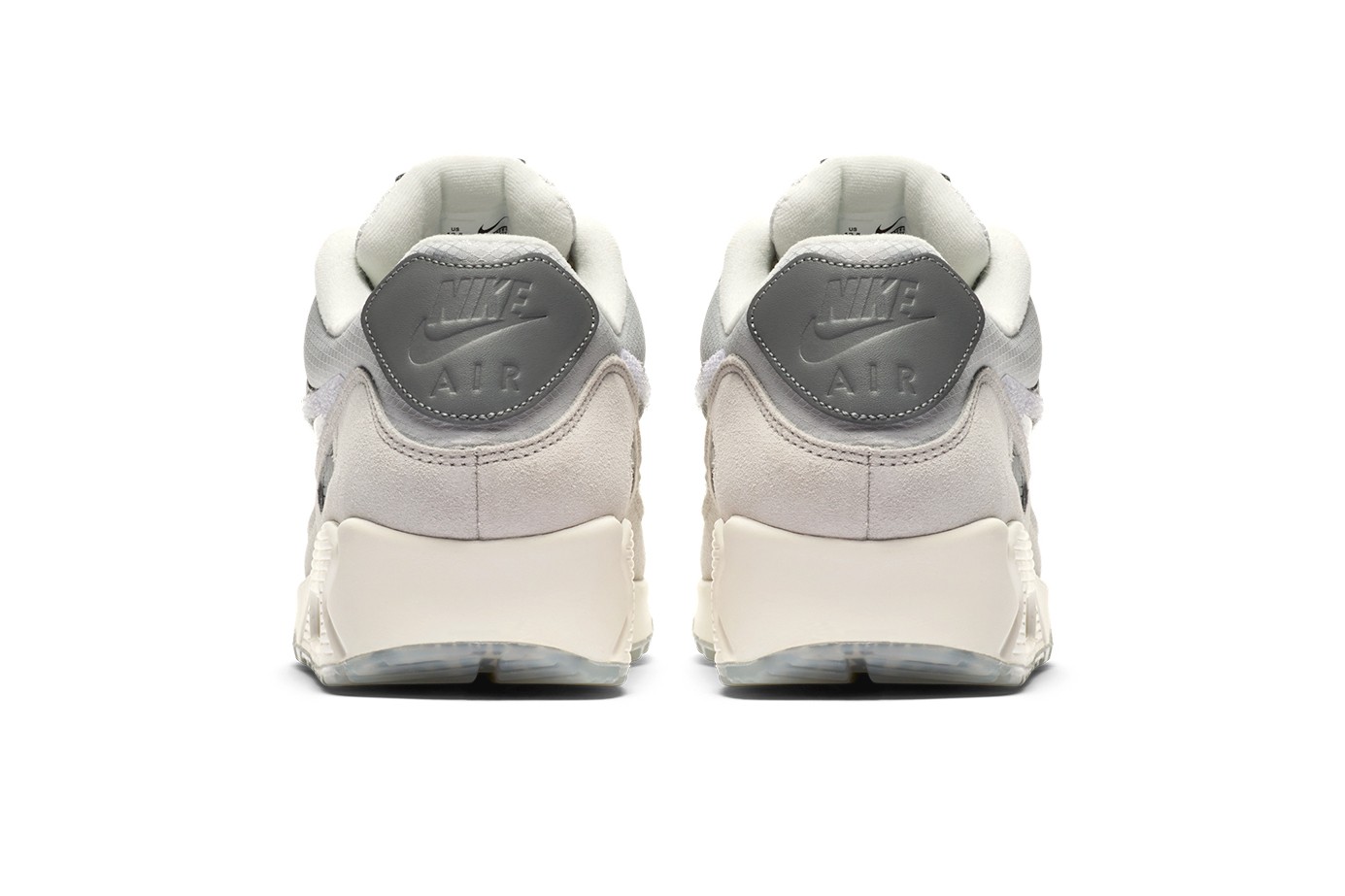 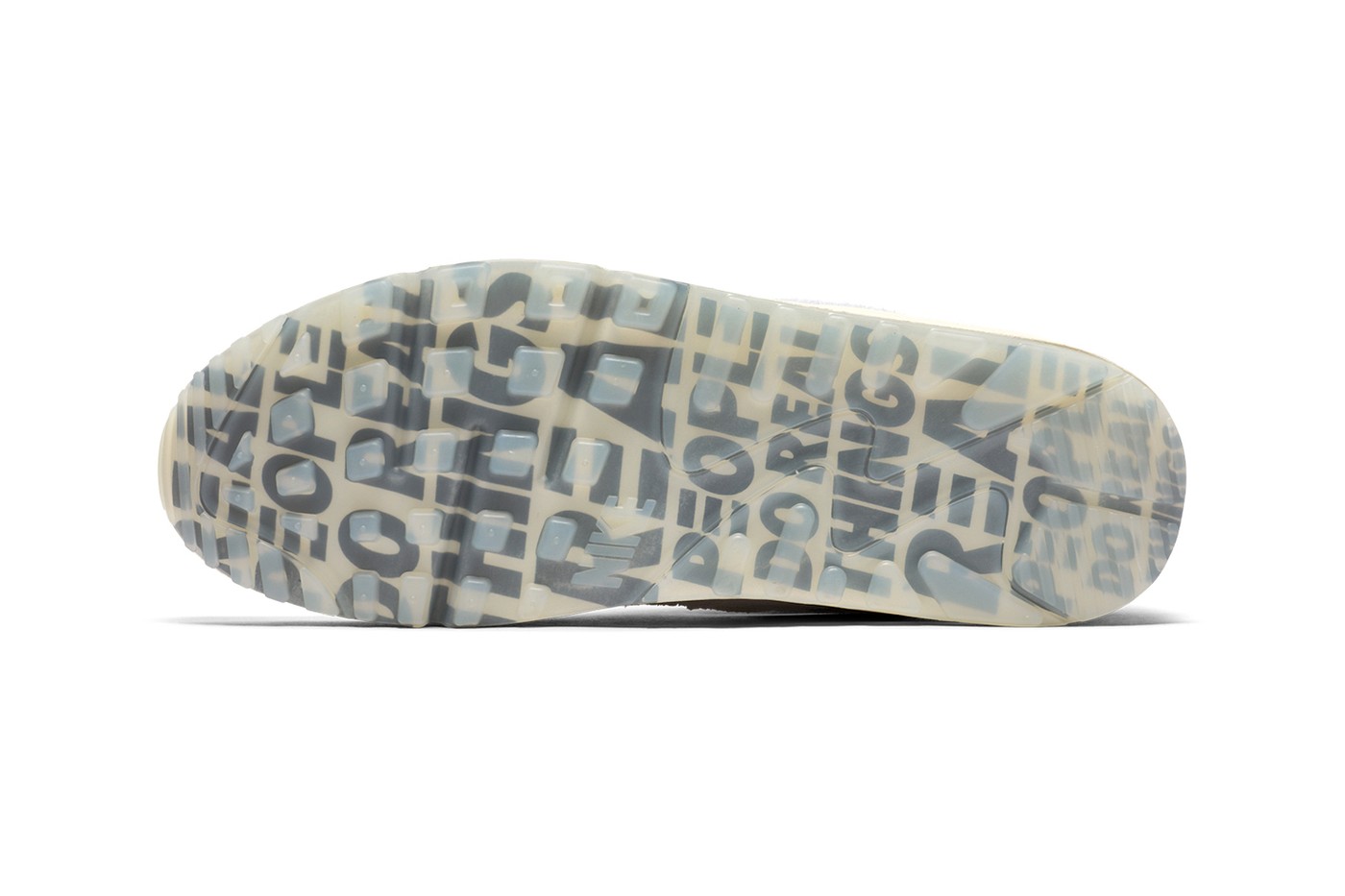 Five grey tones work together, reflecting the city’s concrete skyline. While four detachable swooshes celebrate its cultural diversity. To top it off, a raw natural midsole sits on top of an eye-catching clear outsole. Bring all the elements together, and just like the capital itself, this is a silhouette that shows there’s power in our differences.