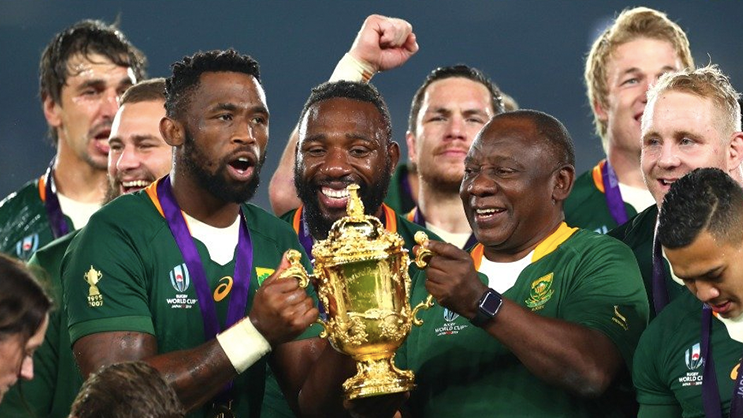 It was a fireworks match between South Africa (Springboks) and England at International Stadium Yokohama, Yokohama (Japan) for the 2019 Rugby World Cup title.

The Springboks managed to secure the title after beating England 32-12.

Makazole Mapimpi and Cheslin Kolbe made the team proud by scoring tries. Mapimpi now becomes the first South African to score a try in a Rugby World Cup final, with Siya Kolisi being the first black captain to win the title.

The South African president, Cyril Ramaphosa was present at the stadium to celebrate the huge victory with the team.

An emotional Siya Kolisi delivers a powerful speech after the @Springboks become the winners of the Rugby World Cup 🇿🇦#StrongerTogether #RWCFinal pic.twitter.com/F6vE2ZRF8s