Connect with us
173
SHARES 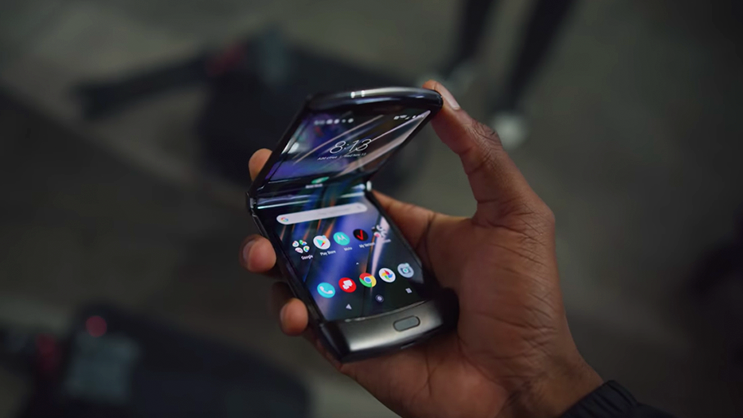 Talk about reviving old tech and still keeping it cool!

Motorola has announced the return of its iconic flip phone, the Razr which was originally launched back in 2004. The company has added its new technology to the Razr making it a modern smartphone.

The new Razr still carries the signature flip and fold mechanism. A modern smartphone has a full-length touchscreen, and users will still get an experience of using the phone when its folded and when its opened (as a normal touchscreen smartphone).

This model also brings back that satisfying feeling of hanging up your phone by flipping it closed. But also there’s an option to toggle this feature on and off. Razr will also stay connected to a call when flipped closed if you are using a bluetooth headset or the speakerphone.

It carries a 6.2” full-length touchscreen that folds perfectly in half, collapsing the razr down to a perfectly pocketable size and when folded you have an OLED display with a 21:9 CinemaVision aspect ratio.

The new Razr features a 2.7-inch OLED Quick View display on the outside of the device, an interactive touch screen that puts all the most important information and useful actions at your fingertips.

The Quick View display lets you easily see all of your notifications, authorize mobile payments, control media playback, use Google Assistant, and respond to texts, emails and calls without ever having to open your device. When razr is closed, you can use the phone’s main camera with the Quick View display to capture high-quality selfies and make video calls.

Their camera game is not that bad, featuring a 16MP rear camera and a 5MP front-facing camera.

For performance, they packed an octa-core Qualcomm Snapdragon 710 chip, along with 6GB RAM.

The model will only be available Noir Black, available in January (in the U.S) and will be priced at $1499 internationally.

Here’s a quick video to give you a closer look at the new Razr:

The much-anticipated Air Jordan 4 “What The” is releasing this weekend
WATCH: Cassper Nyovest links up with Frank Casino in ‘Who Got The Block Hot’ video