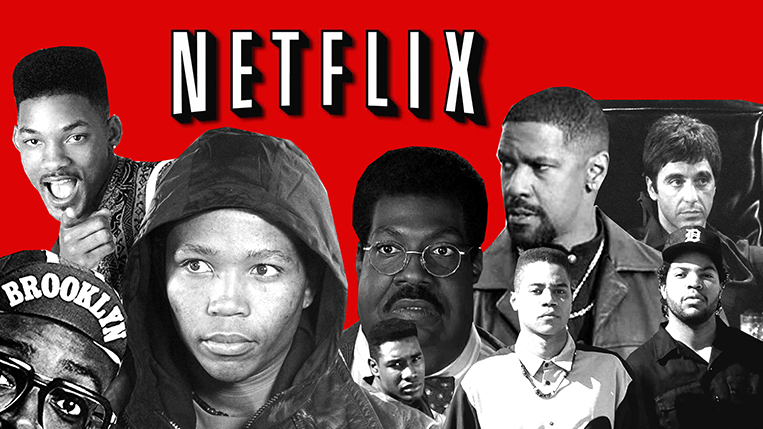 It’s unlike a few years ago when it was all about VHS Cassettes or DVDs for you to be able to any latest movie – now we have streaming platforms like Netflix where you can catch up on a movie or TV show that you watched 10 years ago.

It was all fun having a collection of the First Blood’s (Rambo) or the Double Impact on VHS Cassettes, but now we’re in a new wave of having access to a whole lot of TV Shows and Movies available online and ready to stream anytime. Having a smartphone or a Smart TV to catch up on Netflix or stream your fav content online has become a big deal.

Netflix has been around for years now, and we have seen how the platform has rolled-out content, not only putting out new material but also digging out the archives and dishing out some classic movies that appeal easily to our generation. Is that a great move?… Yeah of course just imagine an archive of countless movies dating back to the ’80s and ’90s which will still be accessible even in the next 30 years.

So we’ve decided to round up some dope classic Movies that we think our readers will enjoy and someway and has a lasting impact in the Pop Culture, also capturing relatable topics that are still very relevant to this day. 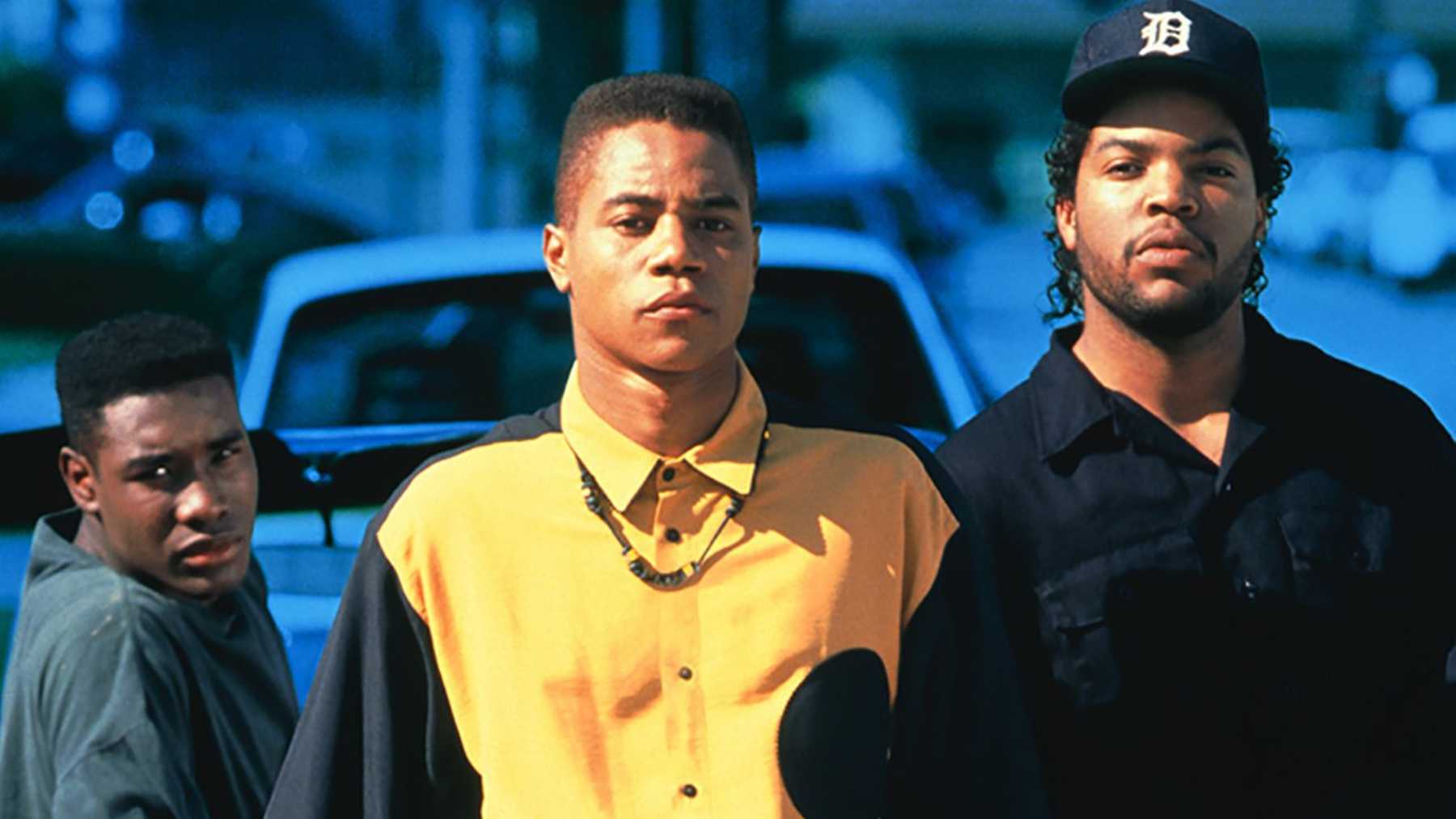 Released: 1991
About: Follows the lives of three young males living in the Crenshaw ghetto of Los Angeles, dissecting questions of race, relationships, violence, and future prospects. 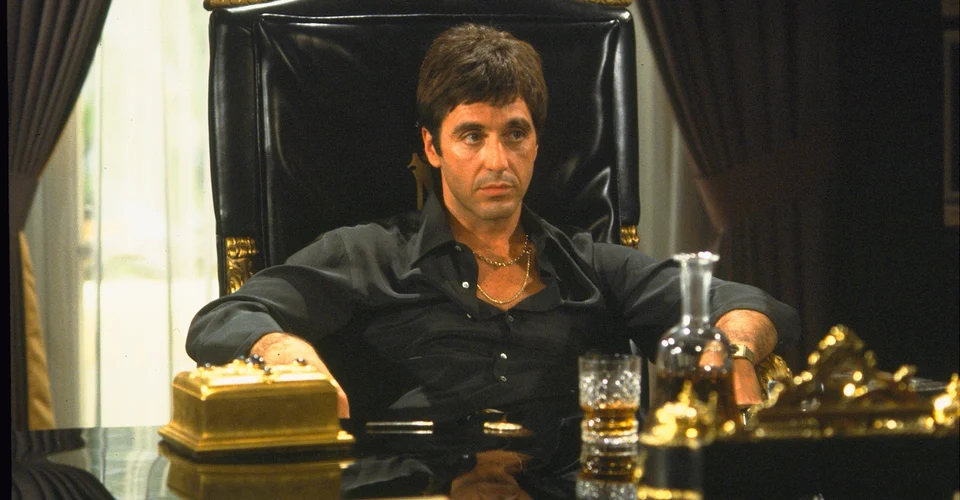 Released: 1983
About: A Brian De Palma film, tells the story of Cuban refugee Tony Montana (Al Pacino) who arrives in 1980s Miami with nothing and rises to become a powerful drug lord. 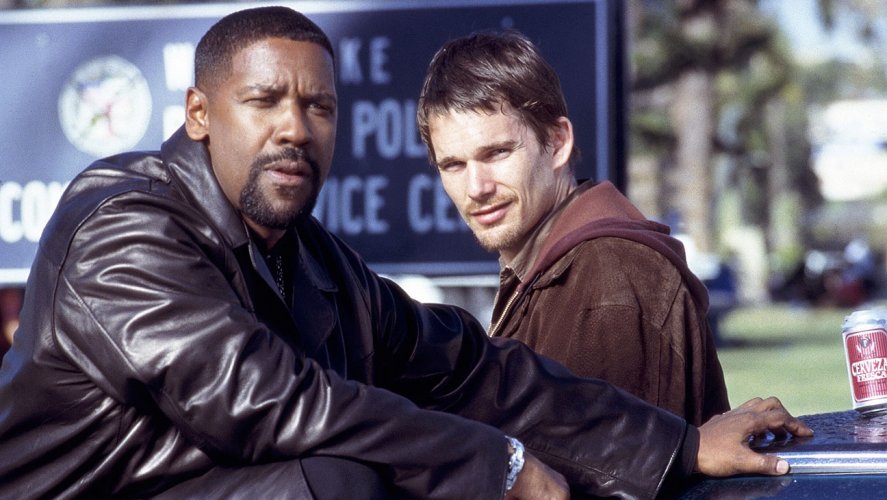 Released: 2001
About: Stars Denzel Washington alongside Ethan Hawke as two LAPD narcotics officers over a 12-hour period in the gang-ridden neighborhoods of Westlake, Echo Park, and South Central Los Angeles.

Released: 2001
About: The film about American cocaine smuggler George Jung who rises from poverty to become one of the biggest drug dealers in America before his eventual downfall. Adapted Bruce Porter’s 1993 book Blow: How a Small Town Boy Made $100 Million with the Medellín Cocaine Cartel and Lost It All.

The Fresh Prince of Bel-Air 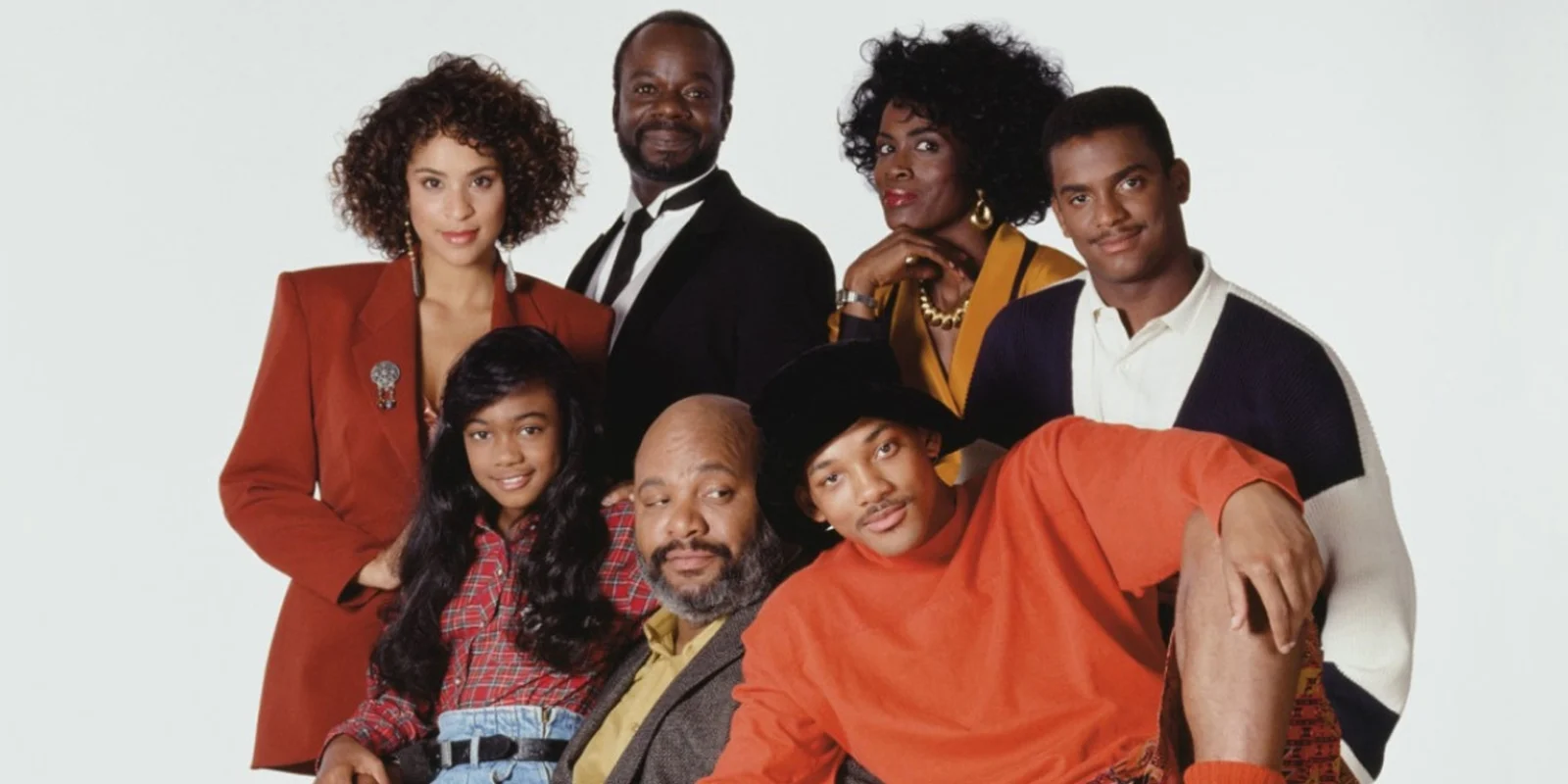 Released: 1990 – 1996
About: Sitcom TV series created by Quincy Jones, Andy, and Susan Borowitz, stars Will Smith as a fictionalized version of himself, a street-smart teenager from West Philadelphia who is sent to move in with his wealthy uncle and aunt in their Bel Air mansion after getting into a fight in his hometown. In the series, his lifestyle often clashes with the lifestyle of his relatives in Bel Air. The series ran for six seasons and aired 148 episodes. 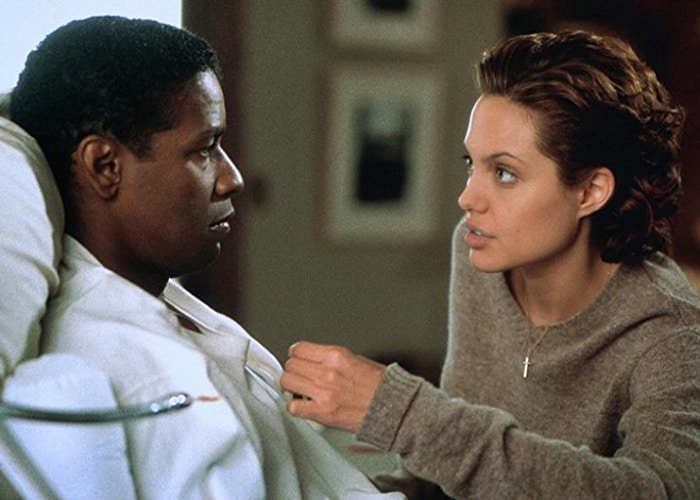 Released: 1999
About: Starring Denzel Washington, Angelina Jolie, and Queen Latifah. A quadriplegic ex-homicide detective and his partner try to track down a serial killer who is terrorizing New York City. 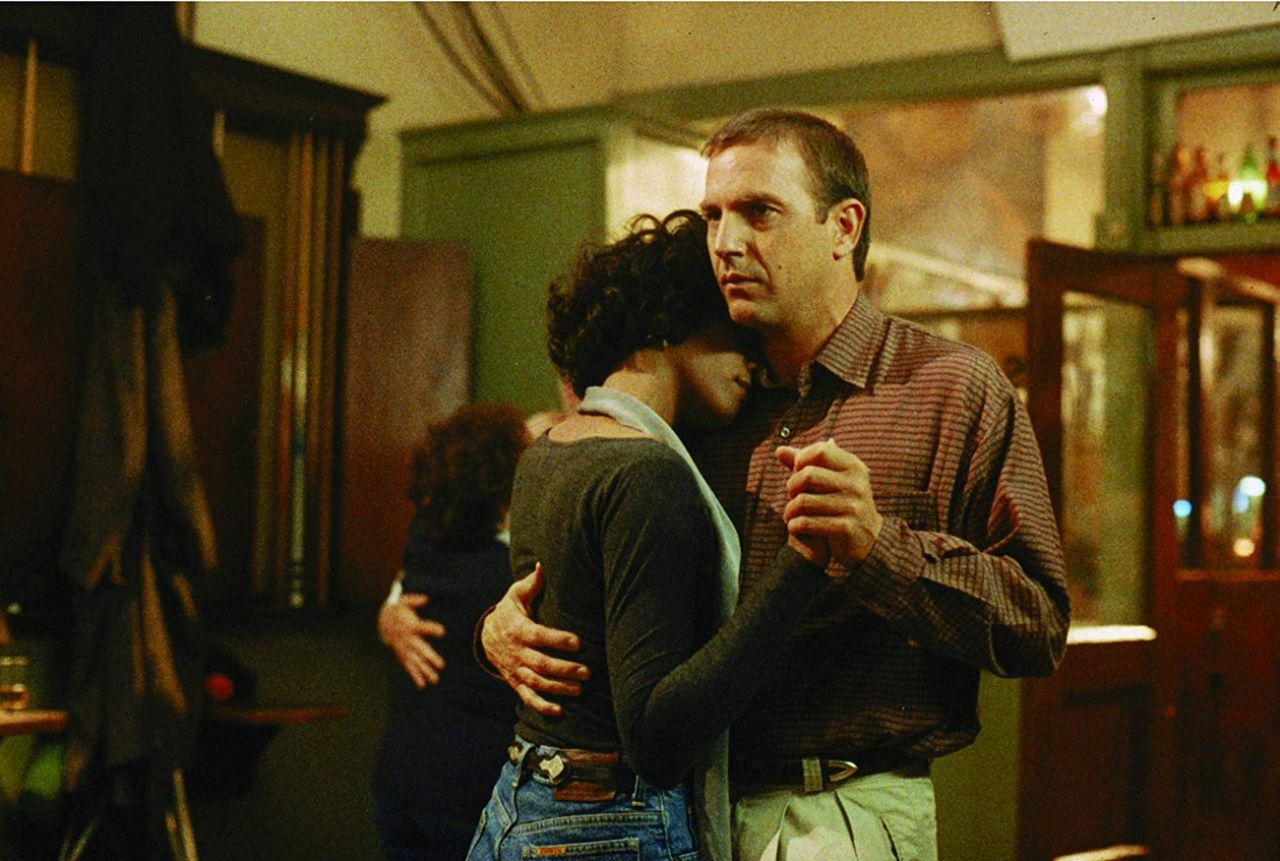 Released: 1992
About: Starring Whitney Houston and Kevin Costner. In the film, Costner stars as a former Secret Service agent-turned-bodyguard who is hired to protect Houston’s character, a music star, from an unknown stalker.

Released: 1988
About: A fantasy-comedy-horror film that revolves around a recently deceased couple (Alec Baldwin and Geena Davis) who become ghosts haunting their former home, and an obnoxious, devious poltergeist named Beetlejuice (portrayed by Michael Keaton) from the Netherworld who tries to scare away the new inhabitants (Catherine O’Hara, Jeffrey Jones, and Winona Ryder) permanently.

She’s Gotta Have It 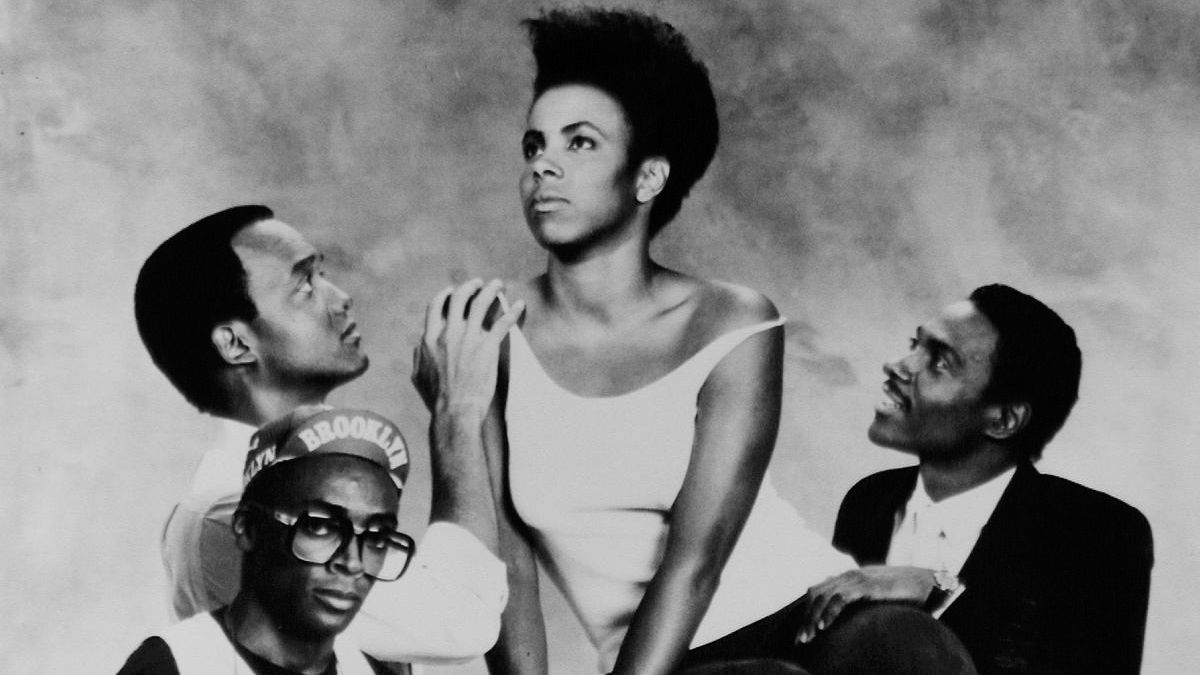 Released: 1986
About: A black-and-white comedy-drama film written, edited and directed by Spike Lee. Filmed on a small budget and Lee’s first feature-length film. The plot concerns a young woman (Johns) who is seeing three men, and the feelings this arrangement provokes.  In 2017, Lee adapted the film into a Netflix series 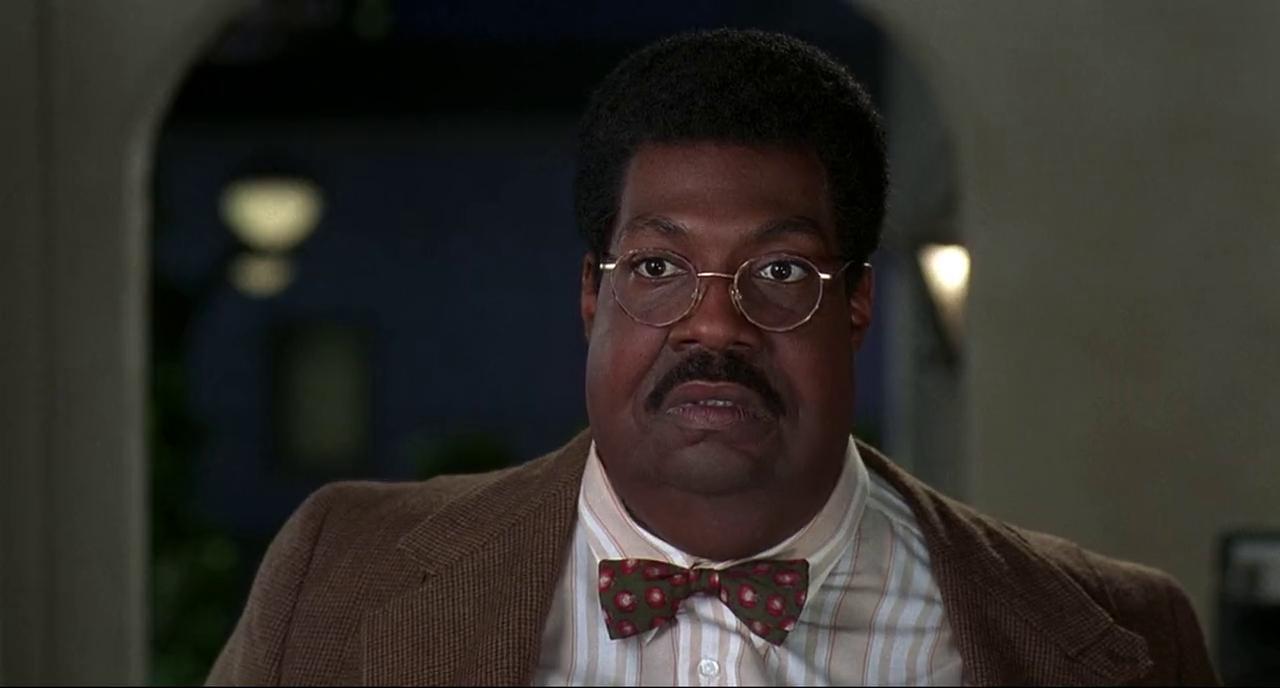 Released: 1996
About: Stars Eddie Murphy as a university professor, Sherman Klump, a brainy and kind-hearted man who is morbidly obese. A research scientist, academic, and lecturer, Klump develops a miraculous, but experimental, weight-loss pharmaceutical, and hoping to win the affection of the girl of his dreams, tests it upon himself. Like the original film’s Julius Kelp, Klump’s vigorous, charismatic, but evil alter ego takes the name “Buddy Love”. Murphy plays a total of seven characters in the film, including Sherman, most of Sherman’s family (except for his nephew, Ernie Klump Jr. played by child actor Jamal Mixon). 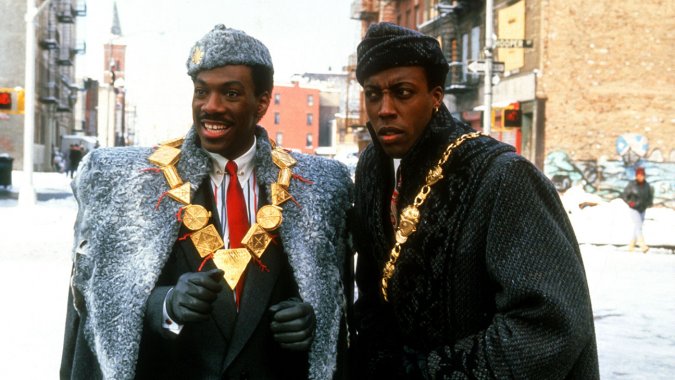 Released: 1988
About: Stars Eddie Murphy as Akeem Joffer, the crown prince of the fictional African nation of Zamunda, who travels to the United States in the hopes of finding a woman he can marry. 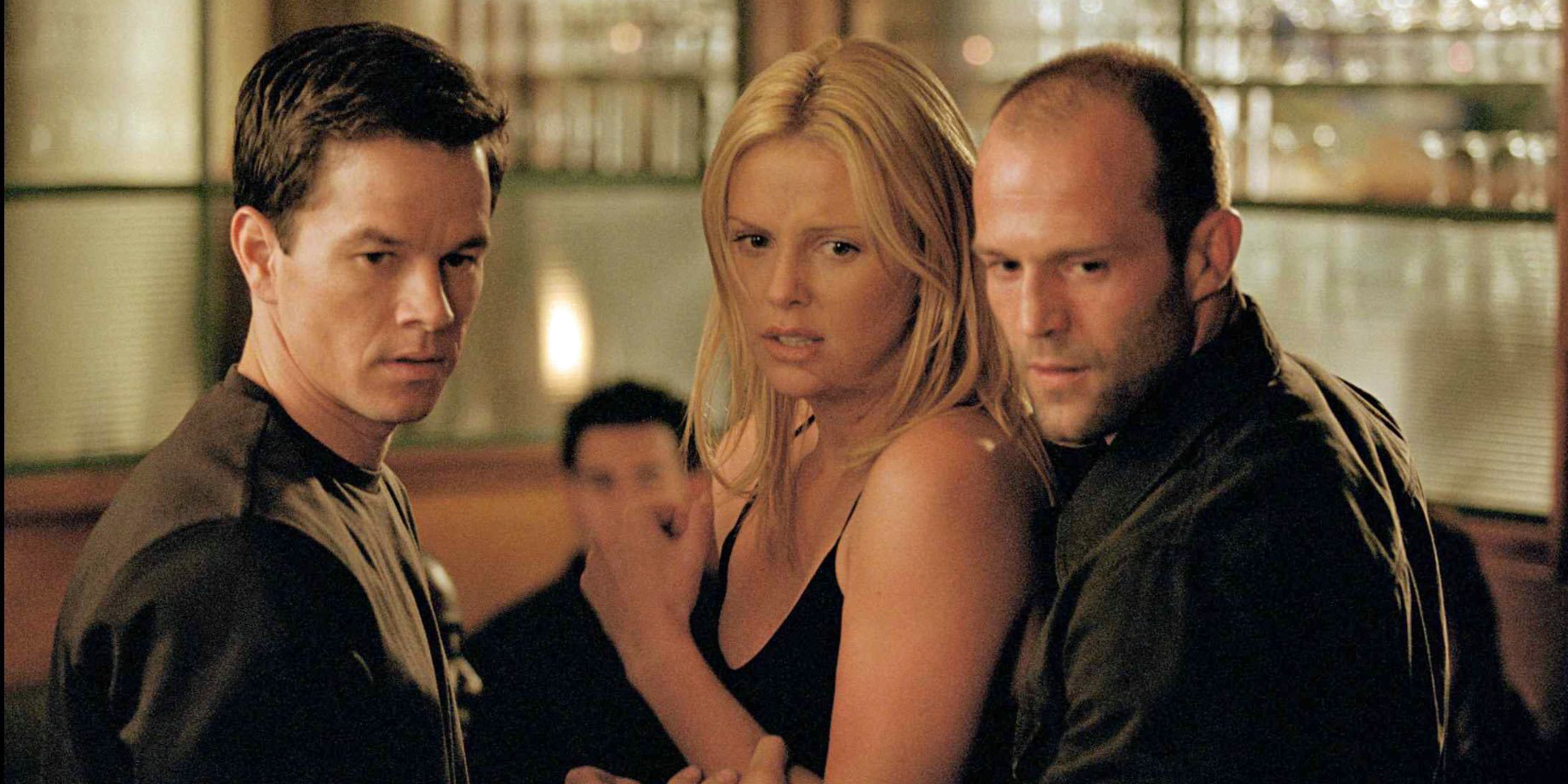 Released: 2003
About: An American remake of the 1969 British film, the plot follows a motley crew of thieves who plan to steal gold from a former associate who double-crossed them. Despite the shared title, the plot and characters of this film differ from those of its source material; Gray described the film as “an homage to the original. 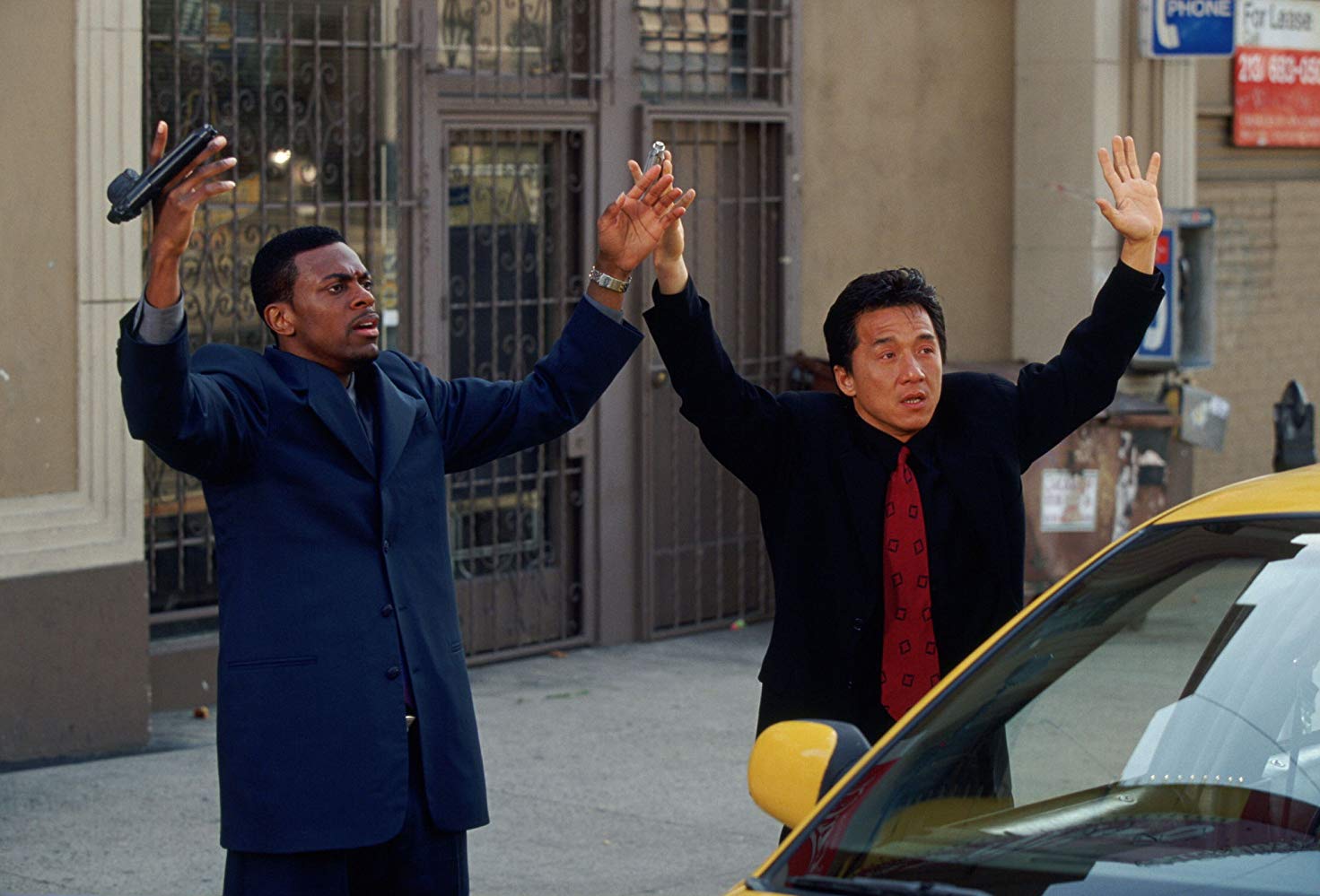 Released: 1998
About: Stars Jackie Chan and Chris Tucker as mismatched police officers who must rescue a Chinese diplomat’s kidnapped daughter. 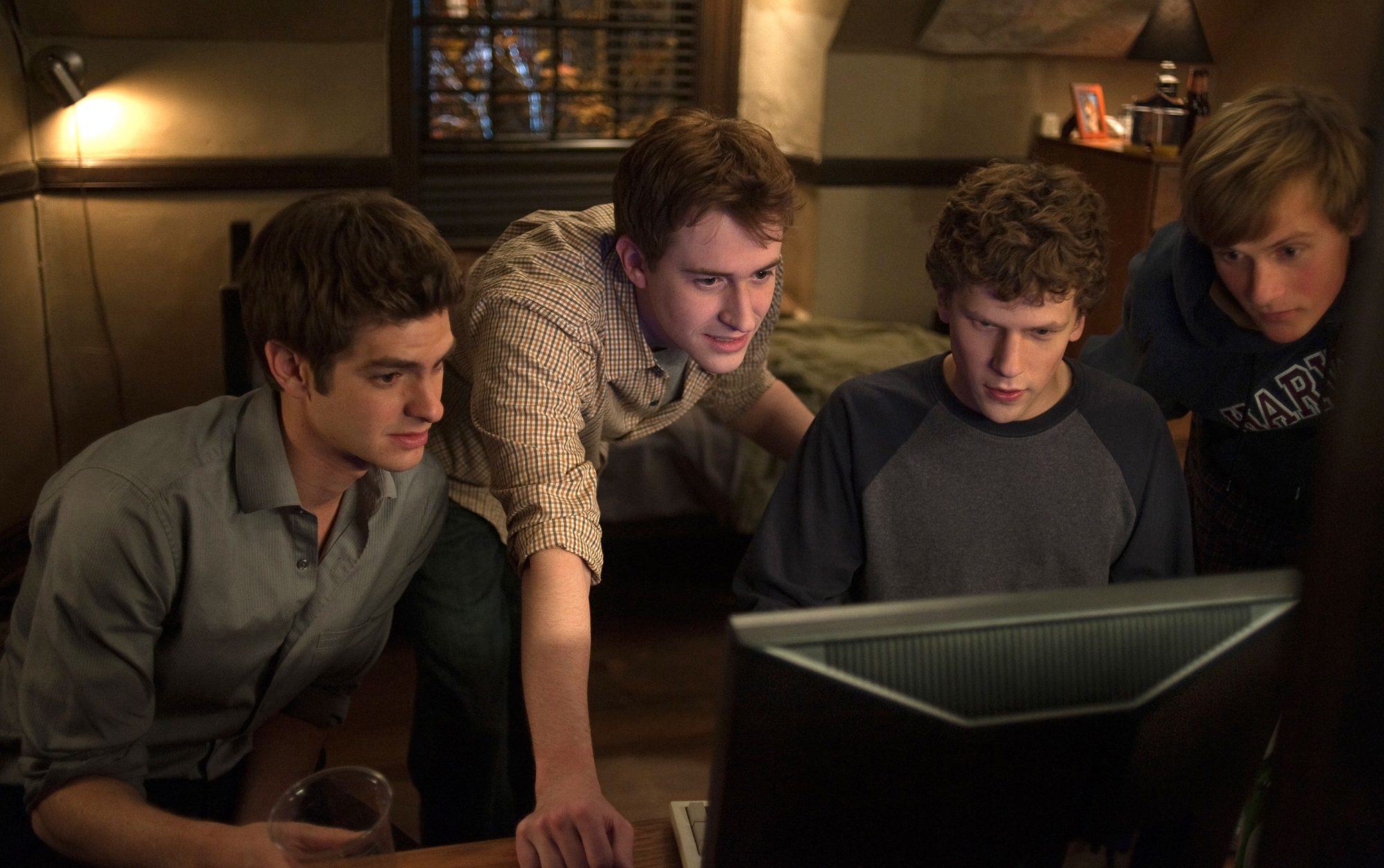 Released: 1999
About: Adapted from Ben Mezrich’s 2009 book The Accidental Billionaires, the film portrays the founding of social networking website Facebook and the resulting lawsuits. 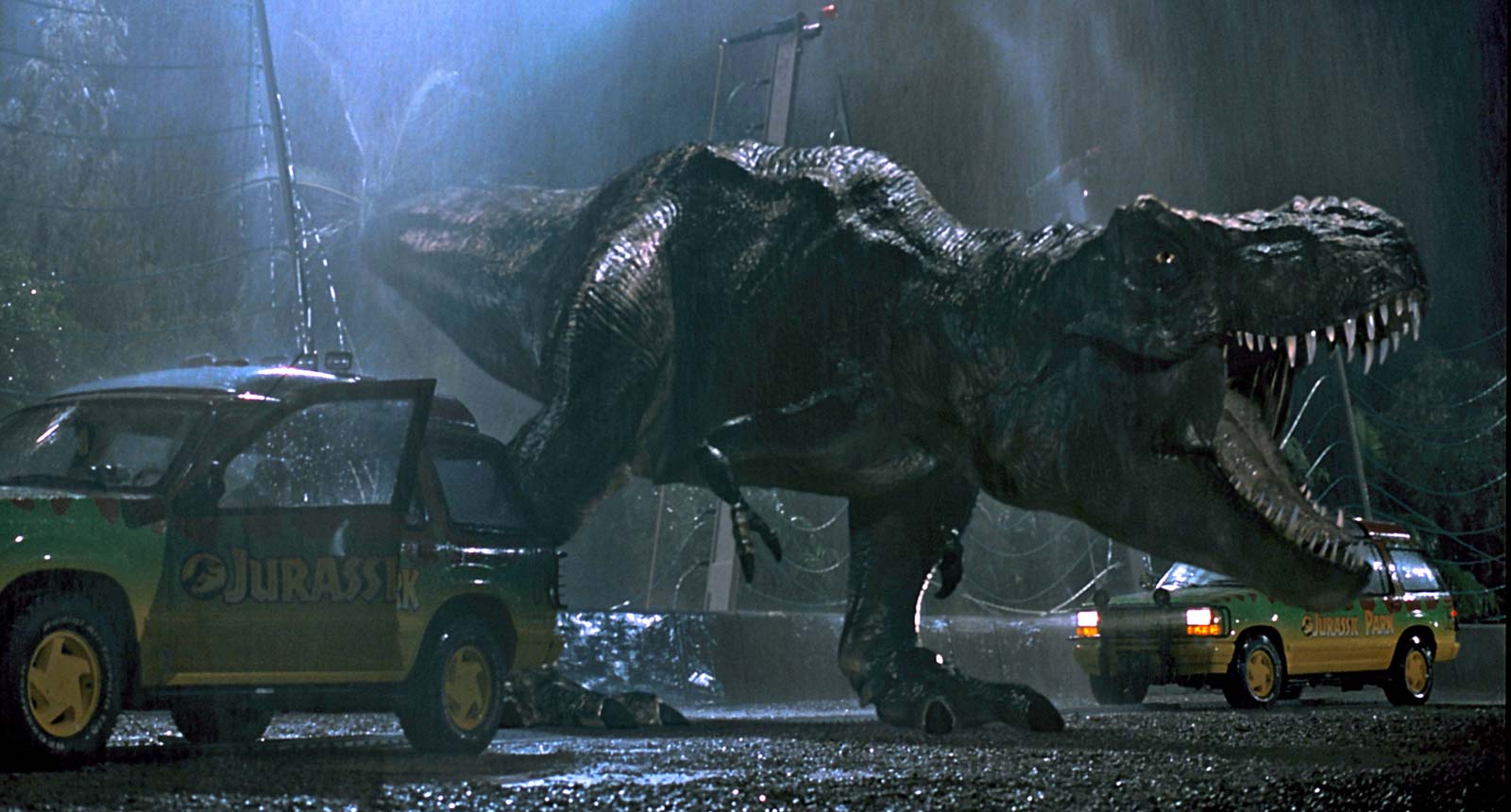 Released: 1993
About: The first installment in the Jurassic Park. The film is set on the fictional island of Isla Nublar, located off Central America’s Pacific Coast near Costa Rica. There, billionaire philanthropist John Hammond and a small team of genetic scientists have created a wildlife park of de-extinct dinosaurs. When industrial sabotage leads to a catastrophic shutdown of the park’s power facilities and security precautions, a small group of visitors and Hammond’s grandchildren struggle to survive and escape the perilous island. 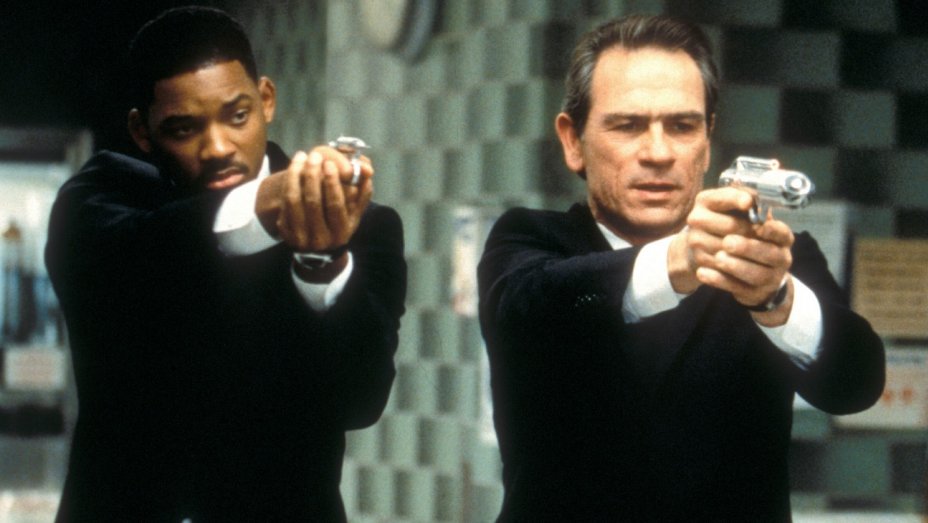 Released: 1997
About: Stars Tommy Lee Jones and Will Smith as two agents of a secret organization called the Men in Black, who supervise extraterrestrial lifeforms who live on Earth and hide their existence from ordinary humans.