Connect with us
395
SHARES 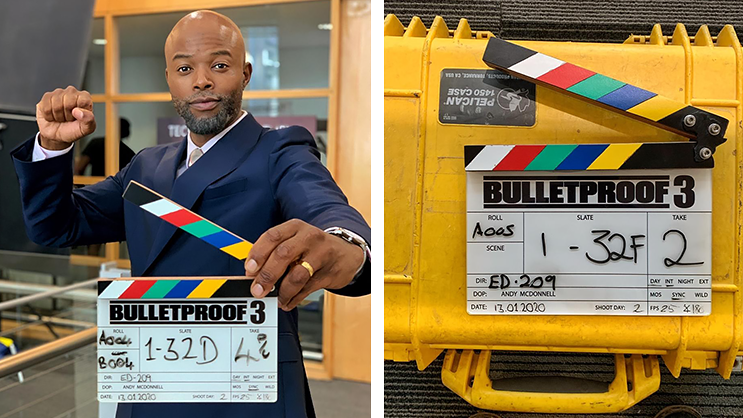 Mokoena will star in the third season of the series – which is centered around the daily lives of two detectives, British actors Noel Clarke (Bishop) Ashley Walters (Pike) who target tough criminals in London’s East End.

Season 3 is currently being filmed right here in our country, across the beautiful landscape of Cape Town. It is produced by: Vertigo Films & Company Pictures, as well as a local production company, Blue Ice.

Bulletproof is created by and starring Noel Clarke and Ashley Walters, and was first broadcast on Sky One in May 2018.

The first season received skyrocketing numbers; with over 1.59 million viewers watching the pilot, making it the largest Sky One (British broadcaster) audience at the time. Shortly thereafter, it was renewed for another season, with it also being six episodes. The series was soon picked up by The CW (American broadcaster) for American viewing.

The show was hugely inspired by the American franchise, ‘Bad Boys’ films starring Will Smith & Martin Lawrence who played two detectives in Miami.

As the writers & producers of the show, Clarke & Walters both noticed it to be rare to have 2 black leads in positive roles & not the usual drug dealers, thugs or gang members. So often a strong black lead is paired with a white lead, for so-called ‘balance’. It was important to have representation in the black community in a positive light.

BULLET PROOF 3 🇬🇧🇿🇦🎬 • The cats out the bag. It’s our time! I am incredibly grateful & proud to be part of this amazing UK series special. • Im forever grateful for this incredible journey in the Arts. Mission Take Africa to the World is well in progress. • I’m starring on the biggest UK cop series along side @ashleywalters, @noelclarke & @vvbrownskin . An absolute honour. The BAD BOYS of the UK are in South Africa! • Thank you to the @skyone family & @vertigo_films for trusting me with this role. • From our amazing #Trackers series opening on @hbo @cinemax in the USA & @zdfmediathek in Germany in a few weeks, to being on day 2 of filming the UK series. God I see You 🙏🏾 • Clink in the link in bio to read up more about BULLETPROOF .Coming soon• A big thank you to my @boss family for dressing my character on the show. No better fit 🕴🏿 • The Power of Potential is in Process. A God Dream! #BulletProof #KeepMoving #KeepChasing #ThisIsAfrica #AfriCAN 🌍🇬🇧🇿🇦✊🏾