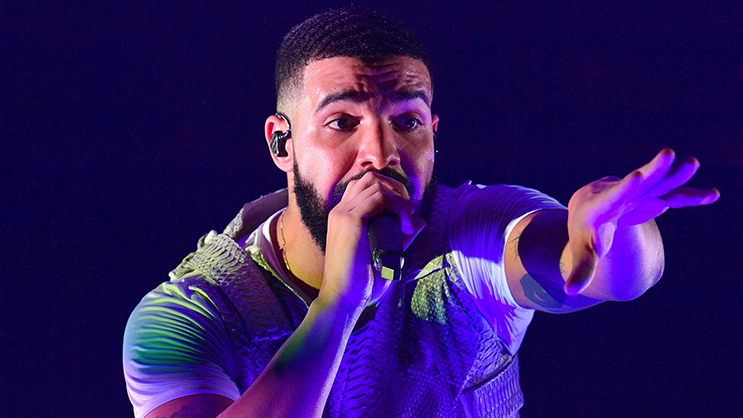 Nowadays it’s easy to believe anything that you read on the internet and social media platforms coz of how easily and fast information is shared on a daily basis.

For many reasons fake news is put out everyday, some are written for profit and then shared on social media targeting a certain group of people/audiences who want to believe that it is true.

And this was the instance after ‘fake news’ broke this week that ‘Drake will be performing in South Africa – March 2020’.
We all saw how this became abuzz all over social media and fans were super excited to hear the news.

But as for someone who understands how a concert of such a magnitude is put together, this announcement was very questionable in many ways.

However, the headline was outspread on many news blogs and platforms claiming that the Canadian Rapper will be touring South Africa, Ghana and Nigeria. To support this claim, a bogus ticket site www.bookconcerts.live was created with listed tickets for different cities and still not much information shared like e.g venue names.

Following that, many South African fans got their attention aroused when reputable platforms including Hype Magazine SA, Pulse Ghana and well-known retailer Shelflife published the claims and stated that the “General Tickets and Silver Tickets are going for R575 and R791 respectively. Golden circle tickets are being sold for R1,871 and the VIP tickets go for R3,238. The VIP plus and the VIP premier is going for R10,000 and R17, 991 respectively.”

But a day later, the same article which they sourced from sahiphopmag.co.za was removed from their site and Hype Magazine SA also removed a tweet which shared the same headline. 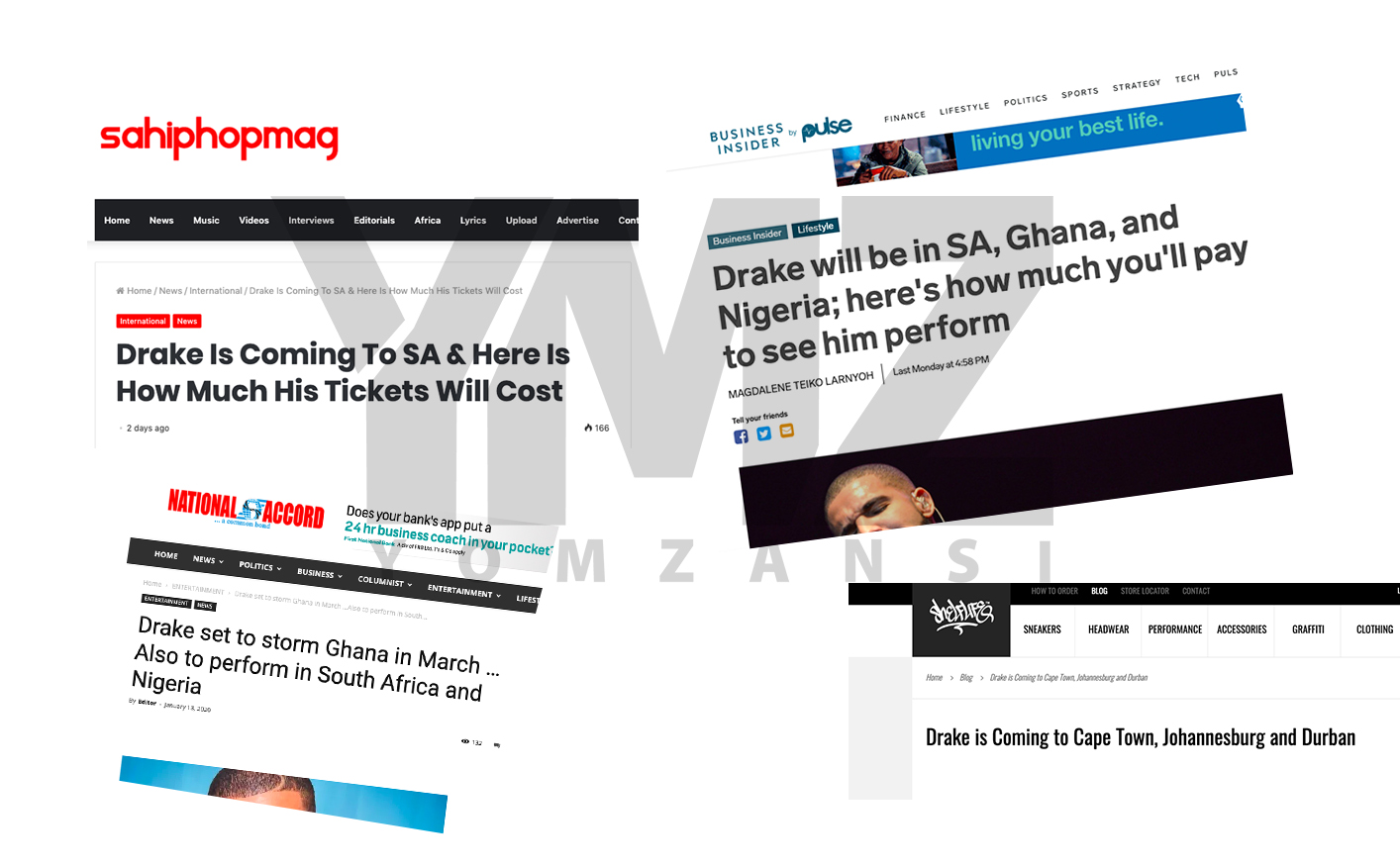 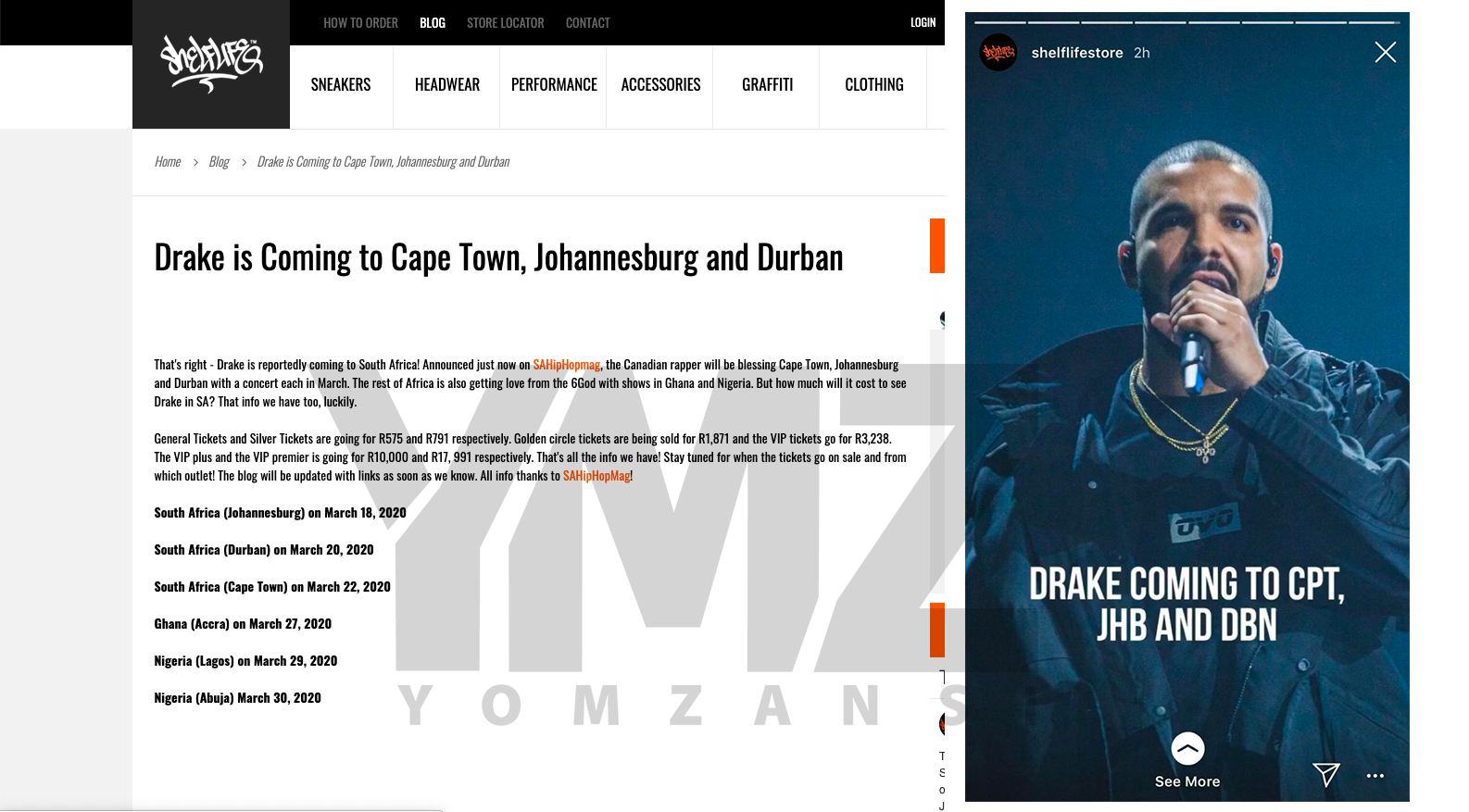 So easy for one to believe right?

The bogus ticket site itself was easy to fall for as it also included bookings for other unrelated concerts and shows.

In addition, checking out one of their social media platforms, Facebook specifically the event was published + the poster. 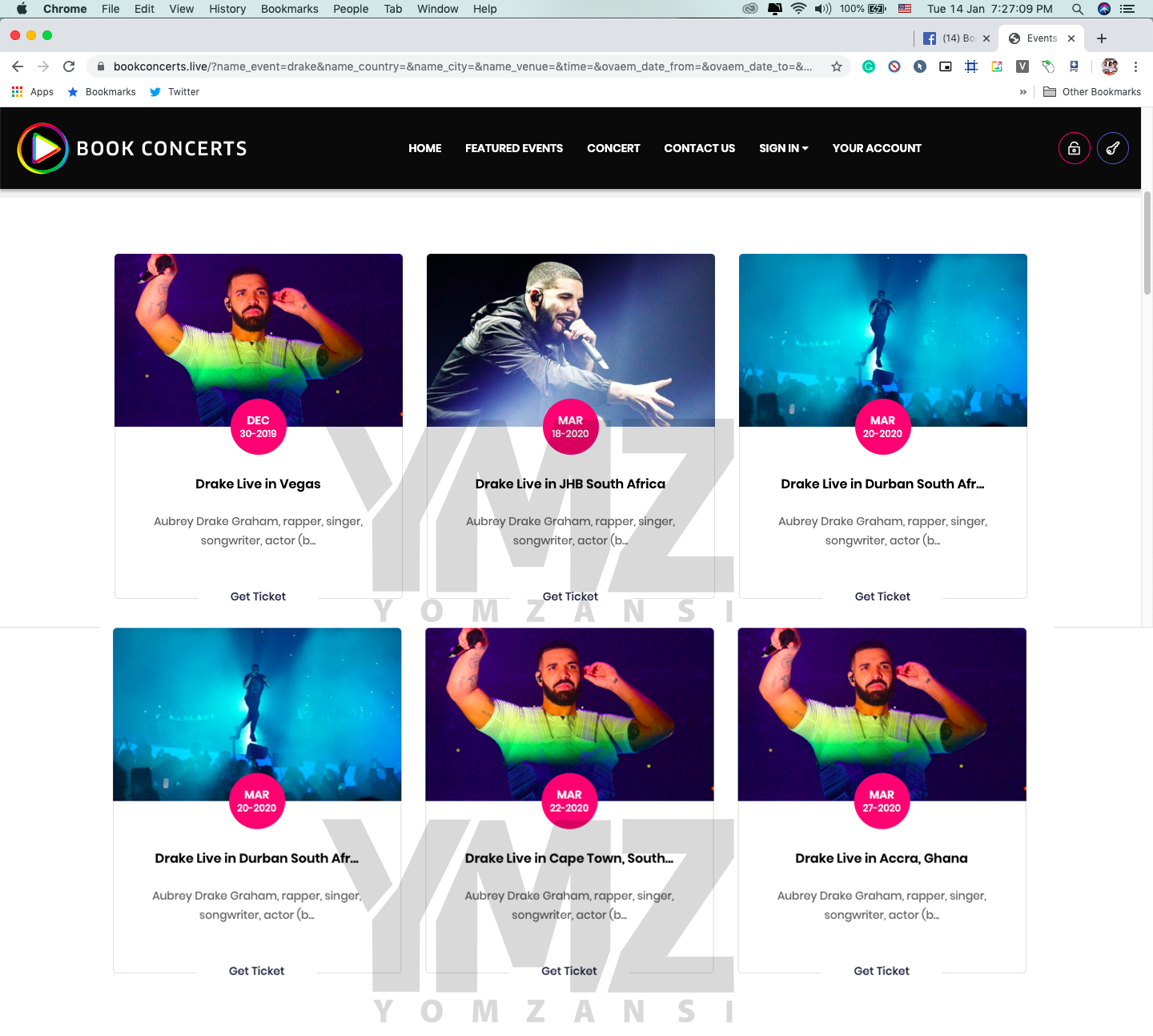 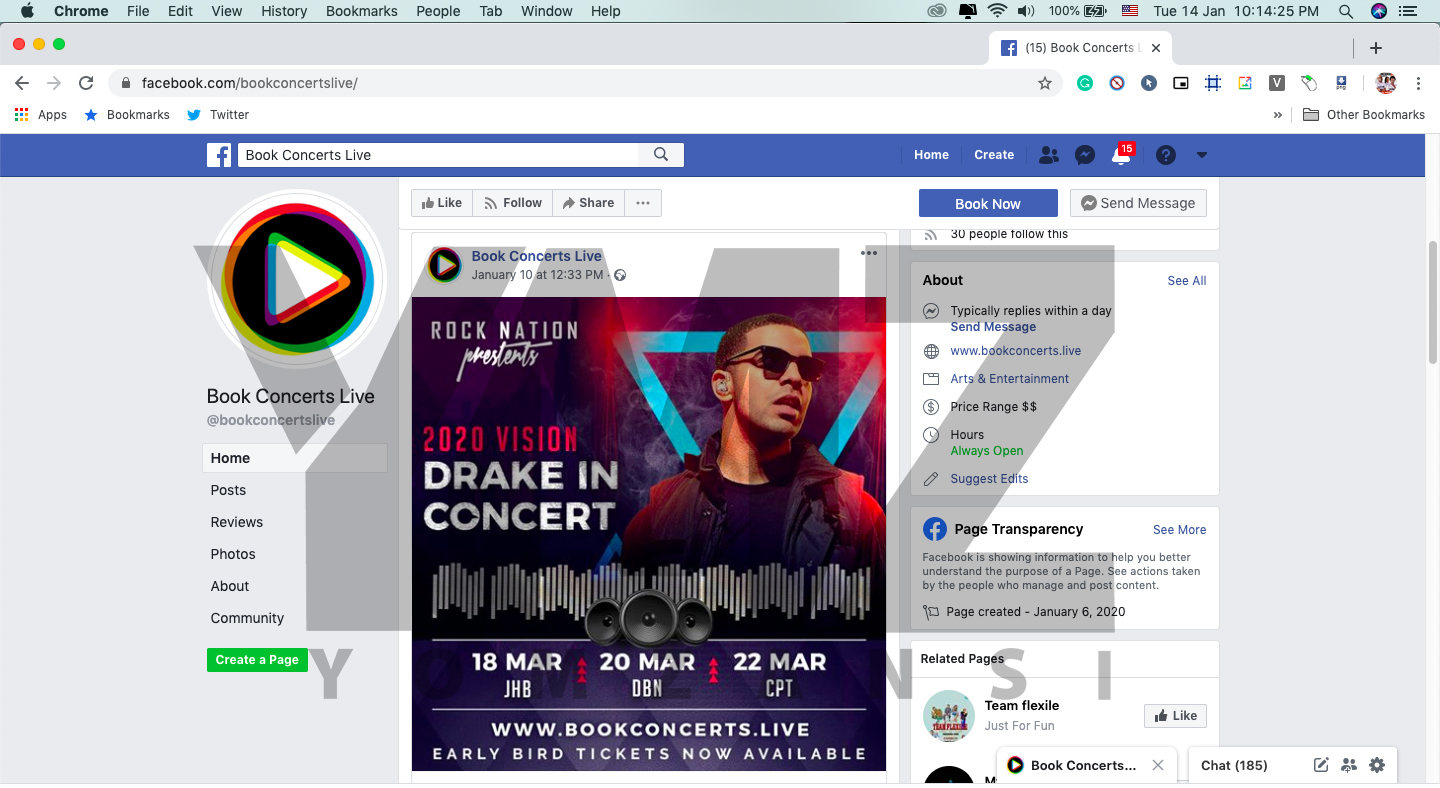 Boom! Just a few days after the buzz the Book Concert site went MIA as well as the Facebook page that was created.

To clear this, renowned event organiser George Avakian confirmed that this was not true, sharing a screenshot of a conversation with Future the Prince, one of Drake’s managers.

Drake rumors are fake please make sure you don’t pay for any tickets, unless announced by Drake. Stay woke it’s 2020. pic.twitter.com/ecC0zIvPOJ

This is not the first time such news about Drake coming to SA break out. Early last year fake news came out claiming that Mabala Noise is bringing the rapper to the country, which the label later squashed the buzz and confirmed it was fake news.

It is no lie that South African fans are dying to see Drake do a city to city tour. The rapper made his first performance in the country back in December 2011 when has booked for a Castle Lite Feel the Beat event.

At the same-time, Lil Wayne was doing his “I Am Still Music” tour here in South Africa and blew away Joburg fans who attended by bringing out Drake on stage.

His last visit to the country dates back to 2016 when he came for a visit at the Nelson Mandela Centre of Memory (Johannesburg).

‘Insecure’ Season 4 arrives in April with 10 episodes
WHERE TO BUY: the Air Jordan 1 “Black Satin” this weekend