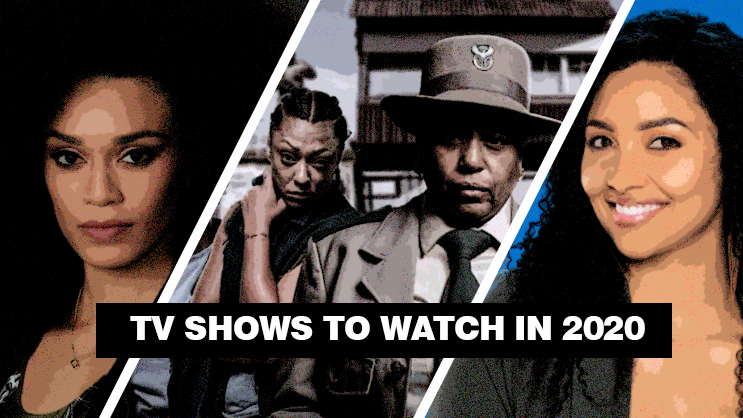 It’s so hard to figure out what to watch lately because there’s just a bunch of shows out there.
Also considering the current social media buzz/hype, where everyone will be recommending shows to watch, you kinda find hard to nail it.

On the other hand, it’s only the beginning of the year and we see streaming services like Netflix and Showmax bringing their A-game when it comes to fresh shows.

To keep you at ease we have put together a list of 10 shows that are worth-watching currently and later during the year.

There isn’t really a specific category for this list, we just looked at shows that are trendy and relate easily to millenials.

Fresh outta Netflix, ‘Sex Education’ has returned for the second season and it’s a buzz now across social media platforms with everyone dropping their reviews.

Sex Education revolves around a fresh postmodern take on young adult life, friendships, and attitude towards sex, identity, love, and everything in between. In the series, we meet Otis Thompson, a socially awkward high school virgin who lives with his mother, a sex therapist.

Netflix’s first African original series ‘Queen Sono’ will debut in late February. This is a must-watch for a lot of South Africans because of the solid cast which includes Pearl Thusi, Vuyo Dabula, Enhle Mbali Maphumulo, Loyiso Madinga and Khathu Ramabulana.

The series is directed by Kagiso Lediga and Tebogo Malope.

Release Date: Now Playing
Channel: Showmax and BET (channel 129)
Black Tax is a topic which many South African viewers will easily relate to. Now we have a series to explore the topic with Jo-Anne Reyneke, Jason Goliath and Sne Dladla.

Black Tax follows successful professional Thuli Dlamini and her family as she grapples with the unspoken rule in her community: when you’re making money, you have to pay back to your community for the support that helped get you there.

Thuli (played Jo-Anne Reyneke) is a single parent who juggles career, relationships and now, the sudden arrival of her parents at her modest townhouse.

Alongside the likes of industry veterans Clementine Mosimane in the role of Martha, Thuli’s mother, and Mandla Jwara in the role of her father, Sizwe. The series also stars popular comedians Jason Goliath and Sne Dladla, and actor Daniel Janks. Up and coming talents Mamodibe Ramodibe and Bahle Mashini, who will play the youngsters in Thuli’s family, will also feature.

Power Season 6 is what many expect to be the end of James St. Patrick (Ghost) and his empire because of a bunch of enemies. And this time it cuts even closer, we see Tariq and Tommy coming together to take Ghost down (and he is very much aware of this alliance).

Currently airing on Netflix, Cheer is a six-part docuseries which follows the nationally ranked 40-member Navarro College Bulldogs Cheer Team from Corsicana, Texas, under the direction of coach Monica Aldama, as they prepare to compete in the National Cheerleading Championship held annually in Daytona, Florida.

The series also takes viewers through the history of cheerleading, including the formation of the National Cheerleaders Association (NCA), as well as exploring the history and motivations of five individual Cheer Team members.

In Season 3 Zoey gets caught up in a complicated situation involving her previous boyfriends.

Season 5 will introduce Sophie Lichaba, aka Sophie Ndaba, who plays Palesa, the head nurse at Kgotsong Asylum, a key location this season, where Monde’s sister, Katlego (Natasha Thahane), has been transferred.

Unlike Narcos (first 3 seasons), Narcos: Mexico explores the origins of the modern drug war by going back to its roots, beginning at a time when the Mexican trafficking world was a loose and disorganized confederation of independent growers and dealers. Witness the rise of the Guadalajara Cartel in the 1980s as Félix Gallardo (Diego Luna) takes the helm, unifying traffickers in order to build an empire. When DEA agent Kiki Camarena (Michael Peña) moves his wife and young son from California to Guadalajara to take on a new post, he quickly learns that his assignment will be more challenging than he ever could have imagined. As Kiki garners intelligence on Félix and becomes more entangled in his mission, a tragic chain of events unfold, affecting the drug trade and the war against it for years to come.

Release Date: 27 March 2020
Channel: Netflix
Pretty much everyone who enjoyed the first 2 seasons, will be looking forward to the March premiere of Ozark Season 3.

In the second season, Ozark continues to follow Marty Bryde and his family as they navigate the murky waters of life within a dangerous drug cartel. With Del out, the crime syndicate sends their ruthless attorney Helen Pierce to town to shake things up just as The Byrdes are finally settling in. Marty and Wendy struggle to balance their family interests amid the escalating dangers presented by their partnerships with the power-hungry Snells, the cartel and their new deputy, Ruth Langmore, whose father Cade has been released from prison. The stakes are even higher than before and The Byrdes soon realize they have to go all-in before they can get out.

After some forth and back, Issa Rae’s hit series ‘Insecure’ is back Season 4.

The new season which began shooting last year in September has been confirmed to premiere on 12 April this year.

Created by Issa Rae and Larry Wilmore, Insecure follows the friendship of two black women as they deal with their own real-life flaws while attempting to navigate different worlds and cope with an endless series of uncomfortable everyday experiences.