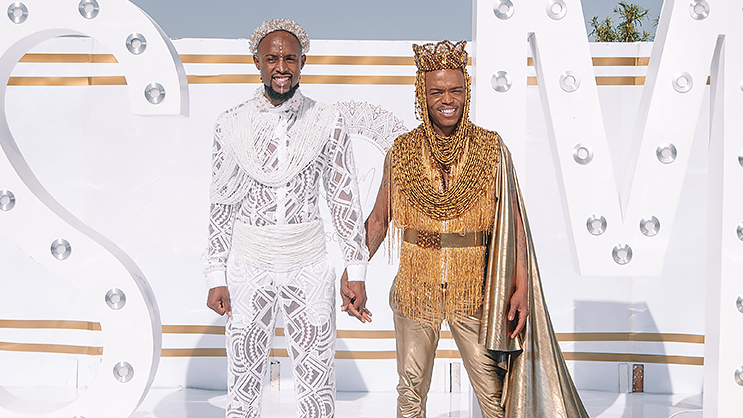 From their traditional wedding in Kibler Park in Johannesburg in September 2019 to their white wedding in Muldersdrift today, Somhale’s four-part wedding special is a front-row seat to one of the most historic, heartfelt and not forgetting fabulous weddings in South African celebrity history.

Apart from the fabulosity of it all, Somizi & Mohale: The Union is also the telling of an intimate love story: a story that touches on Somhale’s trials and tribulations, their respect for family and culture, and their acknowledgment of the symbolic message the union is sending to the entire African continent – that when all is said and done, love will always win.

The couple met at Somizi’s book launch, began dating in September 2017, and on 10 March 2018, Somizi proposed to Mohale during a romantic evening at Pont des Arts, the ‘lock bridge’ in Paris, overlooking the Eiffel Tower.

2 people dead in South Africa due to coronavirus (COVID-19)