Connect with us
196
SHARES 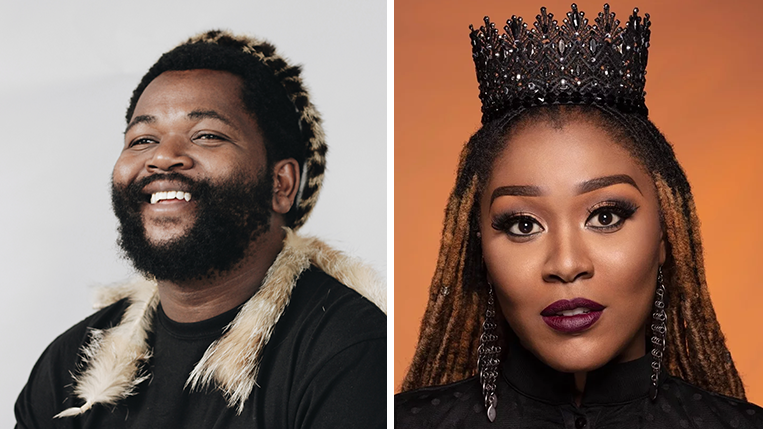 South African musician Jabulani Hadebe, better known by many as Sjava, has been removed from the Cape Town International Jazz Festival line-up following ‘rape allegations’ made against him by songstress Lady Zamar.

Lady Zamar opened a case last year in November at Lyttleton police station in Pretoria after breaking it to the social platforms claiming that Sjava had sexually violated her. However, the case was later transferred to Thohoyandou police station for investigation.

According to the police statement, seen by Sunday World, Lady Zamar alleged that Sjava raped her at the Porche Villa Hotel in Thohoyandou after their performance at the Royal Heritage festival in Venda, Limpopo, on Saturday, 09 September 2017.

“He woke up and started kissing her and she kissed him back. And he started taking her clothing of (sic) and she kept quite (sic) and did oral sex. He took the condom and put it on his penis and penetrated her. She tried to stop him during the oral sex but he did not stop. She just let it happen as he was stronger than her. She was crying as it was painful. When he finished he got o and held her and told her to sleep on the same day at 12:00.” Lady Zamar said after the rape incident, she and Sjava had traveled back to Joburg together in the same vehicle. She said she has never been herself since the alleged incident.

Limpopo police spokesman Motlafela Mojapelo confirmed to Sunday World that Lady Zamar had opened a case of rape against Sjava.

The annual Jazz Festival which is set to take place on (27-28 March 2020), announced this morning through twitter that :

PLEASE NOTE: Due to the seriousness of the allegations levelled against Sjava, the Management of the Cape Town International Jazz Festival has withdrawn Sjava’s performance from the CTIJF 2020 line up. #CTIJF2020. 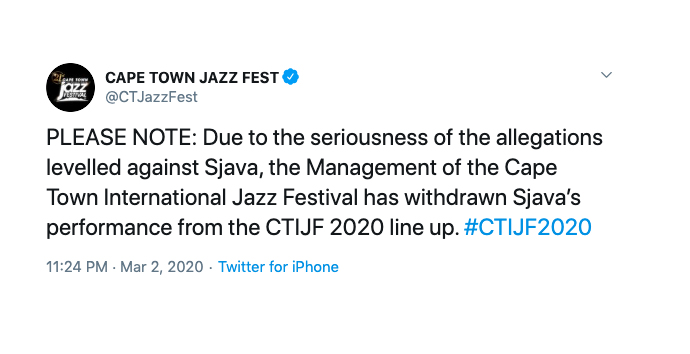 Twitter has been abuzz since news broke on Sunday, 01 March 2020.