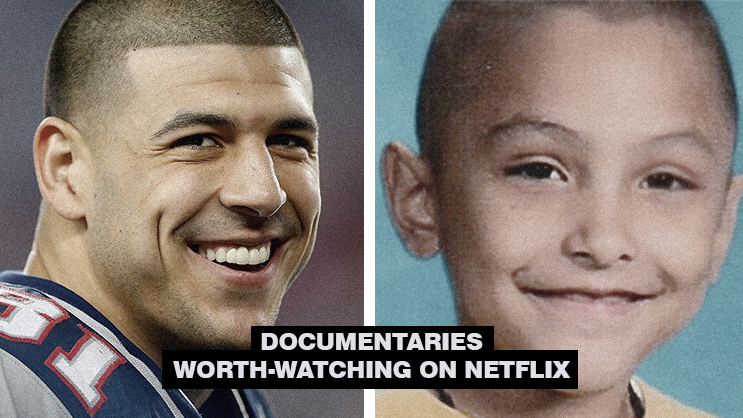 Not only is Netflix badass when it comes to Series and Movies, but they also bring interesting documentaries.

The streaming platform has a bunch of documentaries that explore historic and recent happenings in sports, crime, drugs, lifestyle, and individuals.

After streaming a number of those doccies on their platform, we have decided to share this list with you.

Below are recent doccies that we think are worth watching and may somehow appeal to you because of the content they carry.

This is a docu-series to scare you a bit especially if you’re into buying fake products. Broken exposes the realities that go behind some of the popular products we use. The four-part series and each hour-long episode tackles a new industry from beauty, e-cigarettes, and furniture to name a few. It exposes counterfeit cosmetics, vape products, disposable furniture, and plastics. Each episode takes a dive into realities that create issues and features interviews with people whose lives have been affected by buy into such products.

Killer Inside: The Mind of Aaron Hernandez

If you google the name Aaron Hernandez, you will be shocked. But the Netflix documentary will take you inside the life of a $40 million high profile NFL star who then became a convicted killer.

It also explores his troubled childhood when he was sexually abused by a male babysitter and how he lived in fear of his homophobic father.

Hernandez was serving a life sentence without parole for the 2013 killing of semi-professional footballer Odin Lloyd when he committed suicide in his prison cell.

The Trials Of Gabriel Fernandez

At the center of the series is Gabriel Fernandez, who died in May 2013 after being severely abused and tortured by his mother and her boyfriend, both of whom were arrested and convicted for his death.

The Pharmacist centers around the story of Dan Schneider, a pharmacist from Louisiana who gets swept up into a personal battle against the opioid epidemic in the United States. But first, he has to deal with the death of his son who was murdered while attempting to buy drugs. As the police embark on a long and complicated investigation, Schneider starts to notice how many prescriptions for opioids are being abused in his town, which eventually leads to a takedown of “big pharma.”

In addition to his journey overcoming the death of his son and finding his murderer, The Pharmacist is largely centered around Schneider’s obsession with preventing drug abuse in his community, Louisiana at large.

The documentary sheds light on the demise of Purdue Pharma, which initially defended the production of OxyContin before offering more than $12 million in settlements in response to more than 2,000 individual lawsuits against the company.

If you thought it was wack or low of people starting a social media movement to take on an issue then you will have to watch Don’t F–k With Cats.

The three-part series chronicles the story of amateur sleuths who spent time hunting an internet killer named Luka Magnotta, a Canadian man who was captured in 2012 in Berlin after a worldwide manhunt. Then just 29, he murdered a lover with an ice pick, dismembered his body and allegedly ate parts of the victim’s corpse before shipping a hand and a foot to Canadian political offices.

Over 18 months, Deanna Thompson, a data analyst along with other internet experts tracked the online activity of Magnotta and helped an international manhunt snare him.

If you thought crime and shady deals don’t exist it the food industry, then think again.
Rotten simply exposes the fraud, corruption, and the consequences in the food industry. The six hour-long episodes feature a number of farmers, fishermen, scientists, and doctors shedding light on ways that some of the food is brought to the market.

If you’re a fan of Formula 1, then this one is for you. Formula 1: Drive to Survive is a 10-part docu-series giving racing fans a look under the hood of this adrenaline-rushing sport. It covers the 2019 Formula One World Championship and with every team including Ferrari and Mercedes who gave Netflix a cold shoulder during the making of Season 1.

The second season revisits Daniel Ricciardo at Renault, follow Pierre Gasly’s emotional rollercoaster of a year, and cast a spotlight on the Belgian Grand Prix weekend.