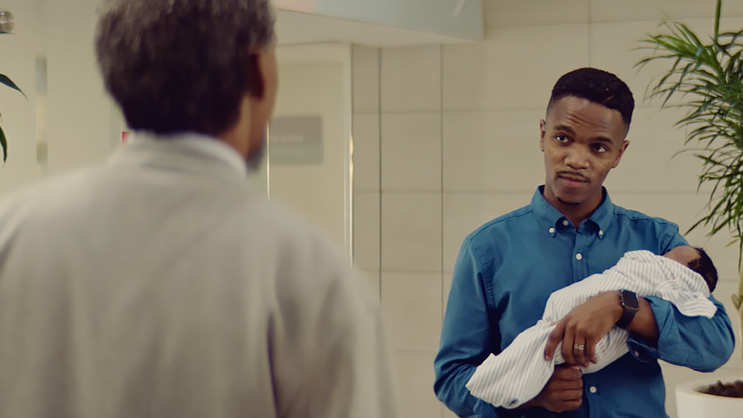 Old Mutual’s new television commercial personifies what it takes for a brand to remain relevant for over 175 years.

Central to the passage-of-time commercial is the core value of caring and protecting what is important, which is what defines the brand purpose of enabling positive futures.

The advert seeks to demonstrate the universal insight that underscores Old Mutual’s brand essence, which is that while times may change, what matters never will. The advert conveys this message through a story of a father’s hopes and dreams while raising a son and one day seeing his son realising his own dreams and having hopes for the next generation. The advert, which subtly suggests that stepping into your father’s shoes is not just about growing up but also about carrying forward the legacy.

Ironically, the commercial required innovation and creativity as it was one of the very few adverts in the country that were shot during the unprecedented times of level four Covid-19 national lockdown.

“This ad is an honest effort to communicate our key brand characteristics, in an authentic and engaging manner. Since the inception of our brand, our goal has been to create mutual value by delivering exceptional advice and financial solutions to customers to enable them to be their exceptional best” says Thobile Tshabalala, Head of Brand at Old Mutual.

The advert was shot in May and had to overcome several challenges posed by the enforced lockdown with a gut-wrenching curveball coming from social distancing. The “emotional bond” between the father and son is the hero of the story and authentically capturing it was key to the story board. Technology came in handy as shots were filmed individually to observe social distancing and merged during post-production.

The commercial was shot at the Cape Town Film Studios in their “Vilakazi Street” back lot which has been previously used to shoot the Idris Elba starrer Long Walk to Freedom. The location was initially booked for a video-on-demand show but became available as the streaming service’s cast and crew were unable to travel due to airlines being grounded.

The ad is the first to be shot at the studios – and amongst the first big productions in Cape Town since shooting restrictions were lifted in Level 4.

Lockdown and social distancing measures also prevented the team from casting an actual baby for the shot that sees the son carrying the new-born. For this shot, a prosthetic baby was used and replaced with an actual face of the baby using face replacement technology during post production.

The team applied creativity and ingenuity to ensure the ad was shot in strict compliance of health guidelines without losing the sensibility and the sensitivity of the story.

Conceptualised by Publics Groupe Africa, the advert was directed by Ian Gabriel.

“The story says something very important to all of us living through these unprecedented times. If the ad makes someone pause and think for a moment on what matters most to them and they can plan today to protect and nurture that, it would have done its job,” concludes Tshabalala.