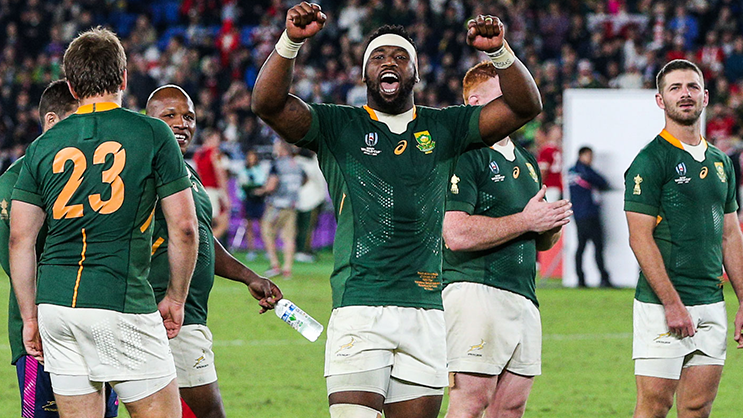 Springbok captain Siya Kolisi will be releasing his autobiography in 2021.
The so far ‘untitled’ biography will tell the life story of Kolisi from growing up in the Eastern Cape to the journey of carrying the Springboks to the 2019 World Cup finals.

HarperCollins comes as the publisher of the book after securing the rights to tell the story of Kolisi. Executive publisher Oli Malcolm bought all language rights from Kelly Hogarth at Roc Nation Sports, supported by Rory Scarfe at The Blair Partnership.

The book is written along with Boris Starling, and will publish next year, with no release date confirmed yet.

This is not to be confused with Jeremy Daniel’s 2018 Siya Kolisi – Against All Odds book, which received alot of controversy.

The publisher explained: “Kolisi’s life story will tell the extraordinary tale of a young boy from an impoverished township on the Eastern Cape who went on to guide the Springboks to their first World Cup final in 12 years and lift Rugby Union’s greatest prize. Born to teenage parents, Kolisi was raised by his grandmother after the death of his mother when he was just 15. Aged 12 he won a rugby scholarship to a prestigious local school, despite speaking no English on arrival. A decade later Kolisi led his team to victory on the world stage in one of the most inspirational success stories in the sport’s history. Kolisi’s story is one of stoicism, unification and self-belief.”

Kolisi said: “There are so many parts of my story that haven’t been told and I feel it’s the perfect time to share these with the hope of inspiring and motivating anyone who has ever faced adversity. It was so important to me that my story was told from my own account and with the right publishing group. I’m thrilled to partner with HarperCollins on a creative project that we can both be proud of.”