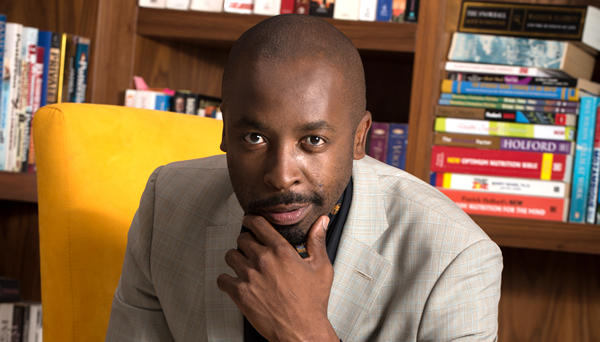 DJ Sbu (Sbusiso Leope) together with his foundation “SLEF” took an effort to congratulate the Matric class of 2014.

The matric results were announced yesterday by Minister of Basic Education, Angie Motshekga, with Gauteng province announced as top performing province for 2014 (achieved 84.7% pass rate). Sbusiso Leope Education Foundation “SLEF” is well-known for promoting education in South Africa by providing bursaries to students who are in need and by doing annual school talks sharing the importance of education.

One cannot shy away from the fact that SLEF’s chairman – DJ Sbu (Sbusiso Leope) plays an important role in making sure that students take their studies serious and see the importance of education in our communities/society. This is the message he had to share with Matric Class of 2014 who did well.

On behalf of the Sbusiso Leope Education Foundation @slef_sa & the team we would like to congratulate the Matric Class of 2014 for doing an amazing job nailing your matric year. Click on this hashtag –> #ChangingYoungLives & be inspired to join us in helping these learners in all highschools nationwide, they need all of our assistance.

Big up to everyone that has contributed in these guys success. Big up to Gauteng. We’ve done it guys. You inspire us to continue doing more for you. It brings me tears to think that some didn’t make it. Do not despair guys recognise some of the mistakes you have made this year, go back repeat, eliminate the wrong friends or all the bad decisions that held you back last year. Kill it this time around. You’re not the only one. Look at how I have been blessed but I also once failed my matric. Didn’t give up or contemplate suicide. I was disappointed, ashamed, embarrassed & disillusioned. My parents encouraged me to go back & repeat. Look at me today. We will still continue to support you this year guys we love you all dearly. Failing doesn’t mean you’re dumb. You just made the wrong choices.
Now watch them criticise the education system as usual like they always do every year & do NOTHING about it instead of joining us in being the SOLUTION! #EPICFail