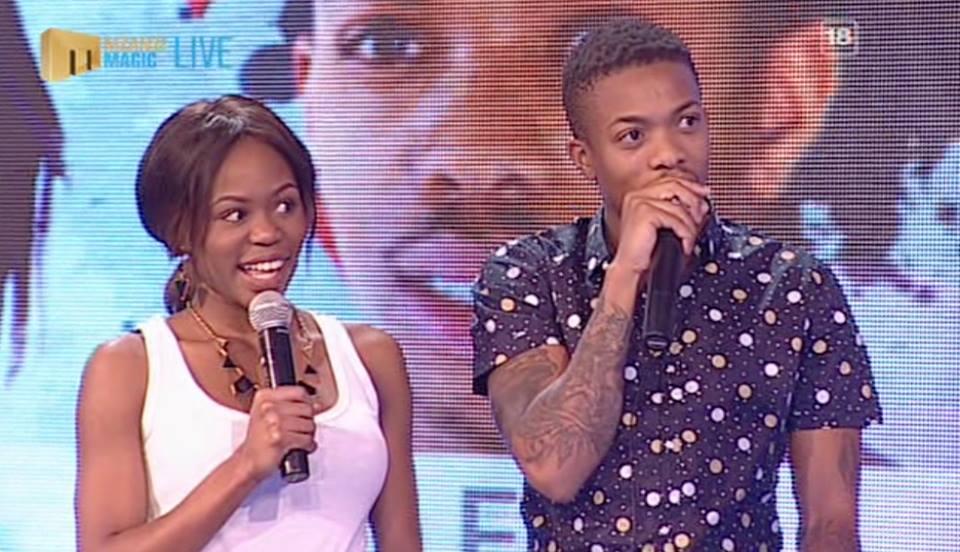 It’s official, after only six days in the Big Brother Mzansi house, Ex and Lebo are out of the game. After a spate of both good and bad luck for the pair during their short stay in the house, Biggie gave them an offer they couldn’t refuse during the live show. As fate would have it, Ex answered the red telephone and Biggie ordered him to exit the house with Lebo in tow. Once on stage, the pair was given an ultimatum – it was either they take R100 000.00 and exit the game or they reject it and stay in the running for the ultimate R2 Million prize. After much dilly dallying, the two couldn’t reach a consensus.

While Lebo wanted to take the money and run, Ex was more eager to continue with playing the game. “You’ve gained enough exposure to go on with your Rap career and this is enough to set you up,” Lebo reasoned with her partner.

Meanwhile, Ex wasn’t convinced but suddenly shed a few tears and nodded; “I’ll do it for her”. After composing himself, he told Lungile that he was taking the money for Lebo’s sake because of her hard background.

Though it’s the end of Lebo and Ex’s Big Brother Mzansi journey, the two certainly fought a good fight and thoroughly entertained Mzansi. Do you have a question for the pair? Use #AskHM on social media platforms.